The Ford Puma returns… but not as we know it

The Ford Puma is back, but this time its claws have been clipped from compact coupe to compact crossover. This is an inevitable outcome as Ford, like most other car makers, sees the sense in building this style of car that is so in demand. Build it and they will come. 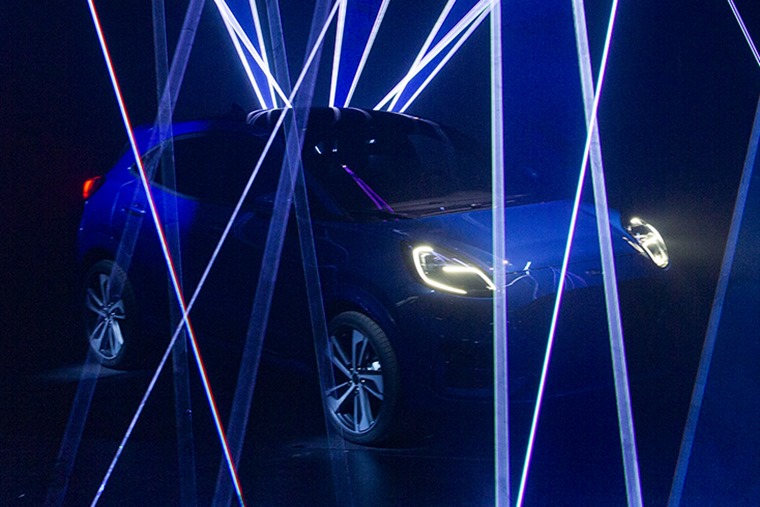 It’s a shame, however, that Ford hasn’t shown more courage and resurrected the Puma name for a coupe model, especially an affordable one to follow in the tyre tracks of the original. Remember that advert with a computer-revived Steve McQueen? It was just as cool as the car and showed you didn’t have to be a hedge fund manager to drive one of the most desirable cars of its generation.

Be in no doubt, the Puma coupe was brilliant. Based on the Fiesta floorpan, it added in a Yamaha-tweaked 1.7-litre engine with 125bhp to have just the right amount of power to be nippy. Not quick, but that was the point because you then got to use all of the Puma’s dynamic talent to make rapid progress without the need for excessive power. 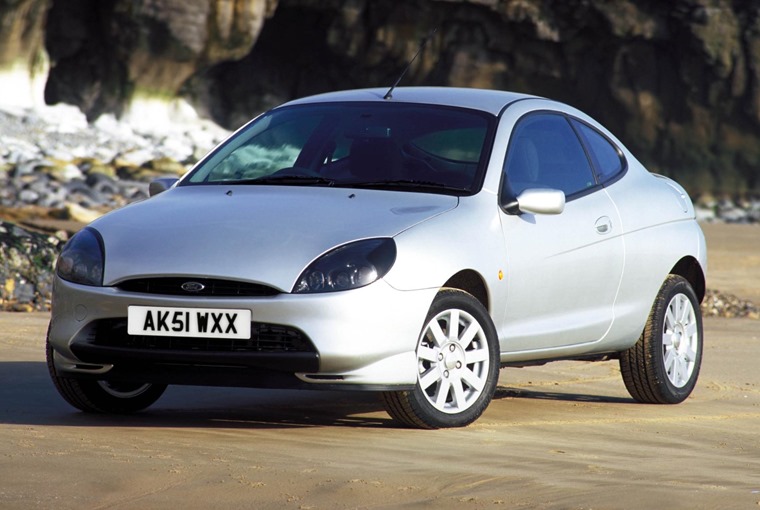 The Puma was a high mark for Ford’s coupe lineage, which can be traced back to the 1960s and the first Ford Capri. Nope, not that Capri, the other one based on the four-door 109E saloon. Launched in 1961, this first Capri was a handsome if not particularly quick coupe that borrowed its style from the USA. As a result, it had some small fins topping off its rear wings and pillarless windows.

With a choice of 1.3- or 1.5-litre engines, this first incarnation of the Capri was never going to set the pulse racing with its performance. However, it got the ball rolling and showed Ford was more in tune with customers desires than the likes of the staid Hillman Minx Californian or Sunbeam Rapier. 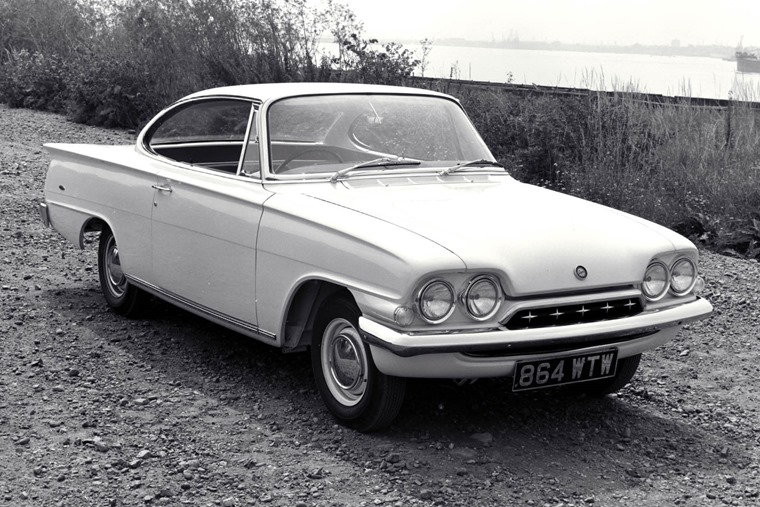 That first Capris frittered out by 1964 and demand for fast Fords was fed by a diet of Lotus Cortinas. They enjoyed huge success on track and rally stage, but were hardly the most affordable cars. What Ford needed was an everyman sports car and that’s just what they had in the USA in the shape of the Mustang. Unleashed on the American public in 1964, it sold like ice cream on a summer’s day. In just the first 18 months of production, Ford built more than 1 million Mustangs, so the theory was more than proven.

Over in Europe, the Mustang was looked on with envy, yet Ford didn’t bother to ship it over here. So, Ford of Europe came up with its own solution that essentially scaled down the Mustang to suit European tastes and roads. Rather than bother with the notchback and drop-top models, the Capri was only ever sold as a fastback coupe.

The first cars went on sale in early 1969 with the famous slogan as ‘The car you always promised yourself’. With obligatory shots of Capris roaring around sunny climes with hirsute men at the wheel, it wasn’t long before any dashing young blade around town found themselves signing on the line at their local Ford dealer – remember, the notion of leasing didn’t exist then. 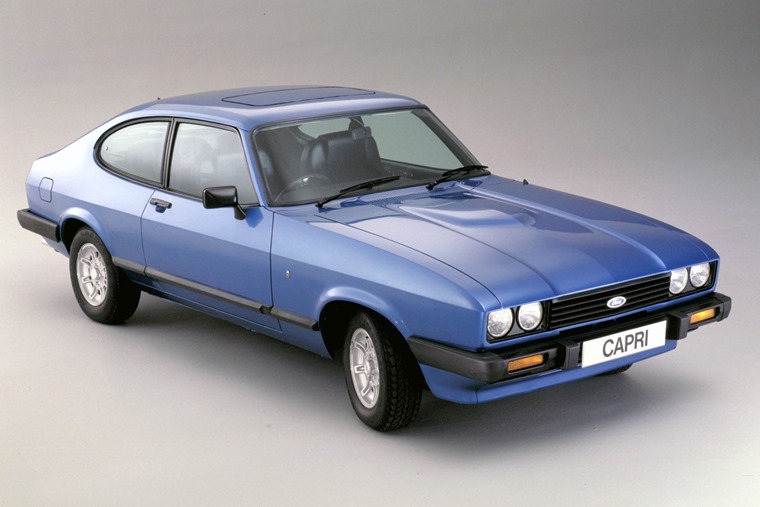 Part of the genius of the Ford Capri was there it offered a model for everyone. From the entry-level L-spec with a meagre 1.3-litre engine to the brawny poke of the 3.0-litre V6 versions, affordability was key. So was the options list that allowed owners to personalise the car to a degree not previously seen before. Even if you did go for that 1.3 L, it could still stand out from the crowd.

Racing success did the Capri no harm in the eyes of enthusiasts or in the showroom, and RS2600 Capris dominated the 1971 and 1972 seasons of the European Touring Car Championship. Add in later campaigns in the British championship and here was a car that fulfilled all of the promises is made and more.

During the ’70s, Ford also tried its hand with the Granada Coupe, though this fastback version of the firm’s executive saloon found limited appeal in the UK. Nowadays, it’s sought after for that rarity and how it evokes its era so perfectly.

Throughout the 1970s, this coupe was a staunch member of the Ford line-up, even when the Escort was bagging all the glory in rallying. If the Capri’s motorsport star had faded, its celebrity received a massive boost from television appearances on ‘The Professionals’. Seeing 3.0 S models being slung around corners with gusto showed just what the Capri was all about and sales remained strong into the 1980s.

By this time, the big V6 model was the only show in town for the Capri as the last made use of a 160bhp 2.8-litre fuel injected motor. By then something of an anachronism compared to the hot hatches that most people were buying, the Capri still had its faithful following.

The end was nigh for the Capri in 1984 when left-hand drive production ceased, but demand in the UK kept it on life support for a further two years. And then it was gone. However, Ford had another fastback ready for those wanting bags of go for decent money: the Sierra RS Cosworth.

Not a coupe in the strictest sense, this homologation special was nevertheless everything a modern Capri should have been. Fast, competent and just a bit flash, it became a car that defined its era more than any other, just as the Capri had before it.

When the Sierra RS Cosworth in original three-door form went out of production in 1987, having served its purpose to get the Blue Oval back onto the podium in touring car racing, there was a five-year wait for another coupe. What arrived was the Probe in 1992. Based on the Mazda MX-6 platform it handled well, but enthusiasts did not take it to their hearts. Nor did they much fancy the Cougar that followed in 1998, even if it was a better all-round car than the Probe.

What coupe and Ford fans did love was the Puma. Its perky looks, cheeky driving manners and running costs that were much the same as a Fiesta’s made it huge fun at the right price. Now, the Puma is considered a modern classic and rightly so if you can find one that’s been cared for. Do that and it will reward with a drive that still puts a smile on your face. 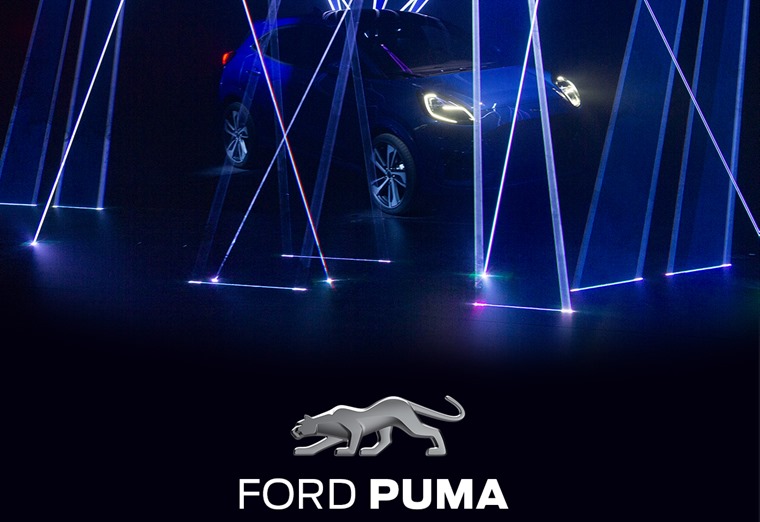 Since then, the coupe box has been ticked in Europe for Ford by the Mustang. Initially, the fifth generation model from 2005 arrived by personal import but Ford soon cottoned on to the pent-up demand on this side of the pond. So, it was imported officially and that led to the sixth generation launched in 2015 being the first ever Mustang to be offered with right-hand drive.

We should be glad the Mustang has finally reached the UK with the steering wheel on the right side, but it’s difficult not to feel a twinge of regret there won’t be another small, affordable Puma coupe model. In a world being taken over by crossovers, a coupe would feel daring and different, just as they always have done and should be.