The sexy Spanish cousin to the Volkswagen Golf - usefully cheaper and every bit as good. 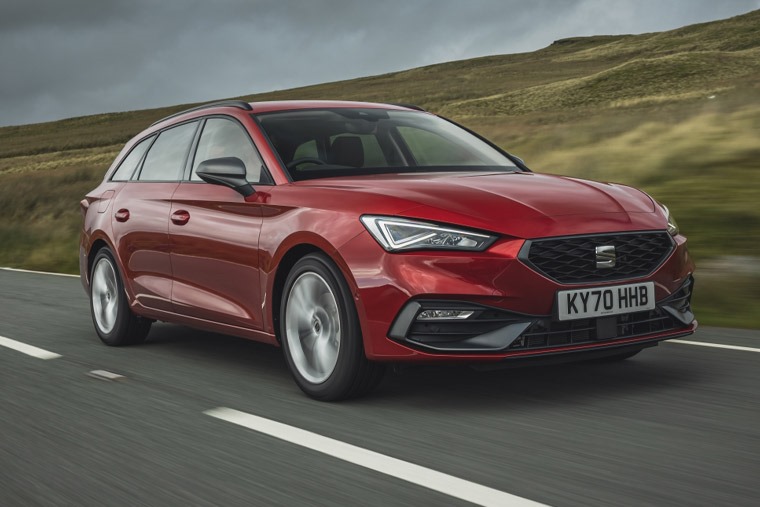 The Seat Leon is a mid-sized family hatchback that strikes in the heartland of British car buying - rivalling the Ford Focus, Mazda 3, Vauxhall Astra and Volkswagen Golf. It especially rivals the Golf because the two cars are, mechanically at least, nearly identical.

So why wouldn’t you just buy a Golf or one of its excellent rivals? Well, the Leon has plenty going for it by itself, and for some buyers may be the better alternative.

The Leon has a wide range of engines that include petrol, diesel and plug-in hybrid. We reckon that it’s at its best when simplicity is a factor and would recommend the 1.5-litre TSI Evo with 130hp. 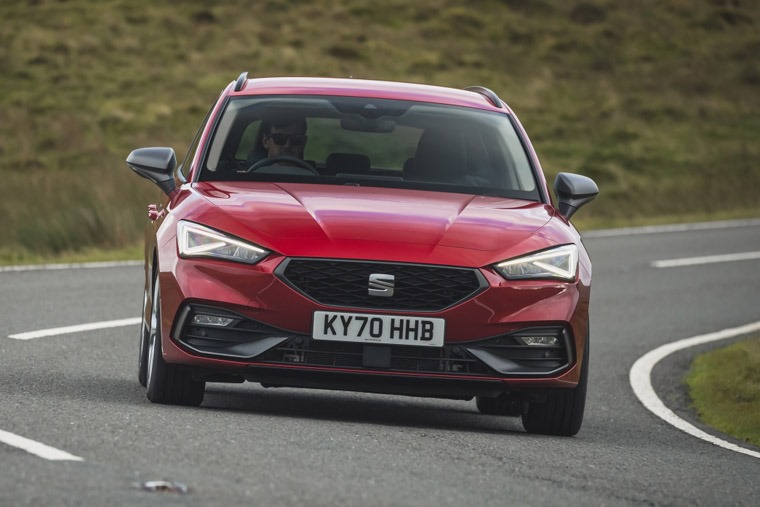 This engine’s very refined and smooth, and pairs up very well with either a six-speed manual gearbox or a seven-speed dual-clutch automatic. The latter makes the Leon very refined, and there’s enough performance that you won’t feel outclassed on motorways or like you’re struggling to overtake slower-moving traffic, although the extra 20hp offered in this test model is handy.

There’s enough performance that you won’t feel outclassed on motorways or like you’re struggling to overtake slower-moving traffic.

Seat tunes its cars slightly differently to Volkswagen, and though the difference to the Golf is small the Leon does feel ever so slightly more alert and responsive. That makes it a more satisfying steer overall, so the pick for keen drivers has to be the FR trim which comes with lower, stiffer suspension.

The payoff is poorer ride comfort than the Golf, though once again we’re talking incremental differences here. It’s not bad, but has a firm edge over potholes and tends to make more of a meal of pockmarked surfaces than the competition. Neither car is as satisfying to drive as a Ford Focus, however. 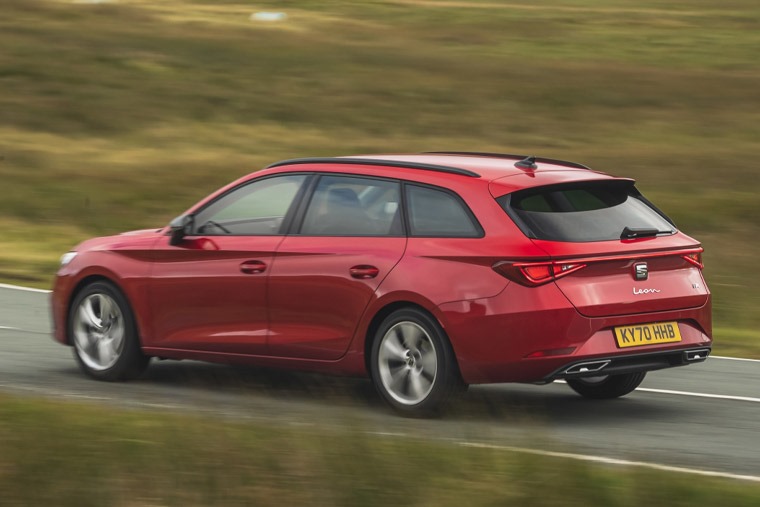 The Leon’s 1.5-litre 150hp engine will sprint from 0-62mph in less than nine seconds, and thanks to clever tech that allows it to shut down two of its cylinders under lighter loads it will return an impressive 47.9mpg - a figure we found easy to beat on longer slogs in our estate model, which will be slightly thirstier than the regular hatchback.

The Leon inherits much of its interior tech from the new Golf, which is both a good thing and a bad thing. The good is that the cabin is stylish and well-built, based around a high-set touchscreen that controls nearly all of the car’s functions. 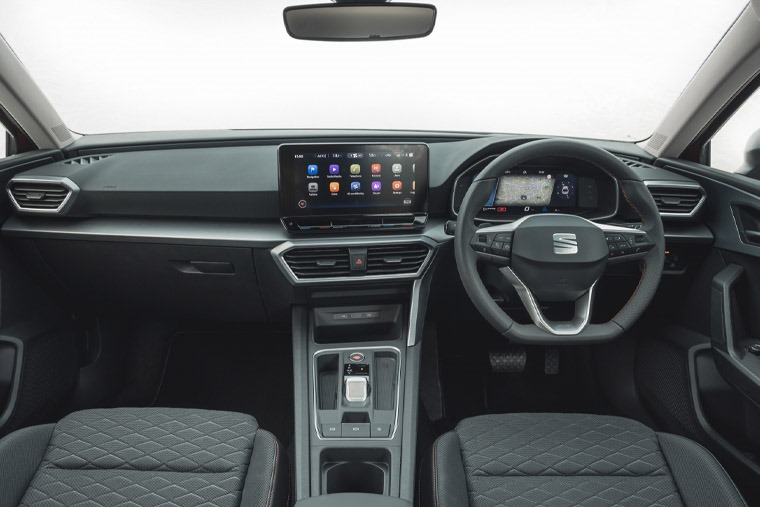 We say ‘nearly’ because there’s a touch-sensitive bar underneath it that controls various aspects of the infotainment and climate control. Unfortunately, it takes some significant getting used to, and given previous Leons had a fairly no-nonsense control layout it could be considered a real downside to returning buyers. That said, there were far fewer mistakes made than with the similarly specced Golf.

The same goes for the Leon’s digital cockpit and button-laden steering wheel, both of which are intuitive enough given time but have a bit of a learning curve.

The Leon is cheaper than the Golf, and feels it inside, with fewer soft-touch plastics and slightly flimsier finishes - but by the standards of the class, it’s still very well-built and quite plush in here. Higher spec models also have some cool ambient lighting, which goes a long way to lifting the cabin as the sun sets. 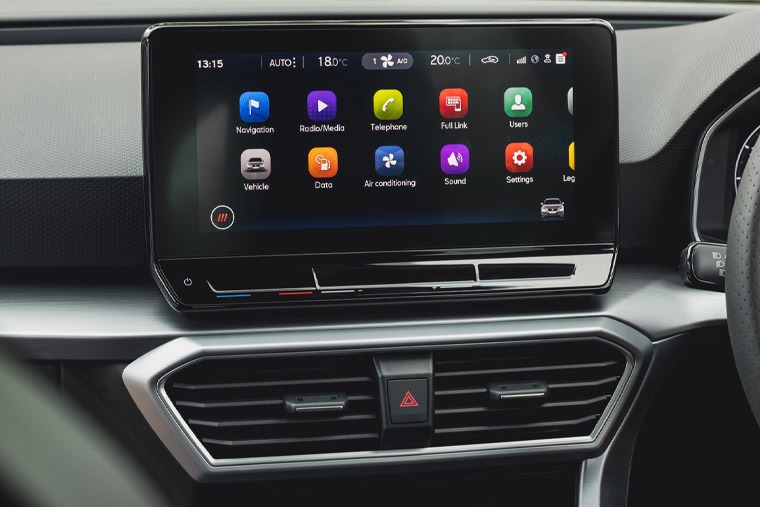 It’s also plenty roomy. The hatchback’s boot is a moderate 380 litres in capacity, identical to the Golf but poorer than the Skoda Octavia or Kia Ceed. Opting for the estate boosts that to 620 litres. There’s loads of rear legroom, though, and the Leon’s very comfortable for rear-seat passengers or for loading children into child seats.

The Leon makes a decent case for itself as the Volkswagen Golf’s stylish sister, but the price gap is no longer as compelling as it has been in previous generations - in fact, between residual values and finance packages, you may find the Leon more expensive.

For me, it’s the one to choose over the Golf.

Taken on its own merits, though, it’s a spacious, practical and good-to-drive family hatchback with eye-catching styling and an excellent interior. For me, it’s the one to choose over the Golf, but it’s so close that your view may differ.