Skoda has expanded its Enyaq iV range with the performance-orientated 80x Sportline. Featuring all-wheel drive and 265hp, it’s the most potent Enyaq to date.

You can find deals for Skoda’s new EV here, or read on for everything you need to know – including the lowdown on the new 80x Sportline. 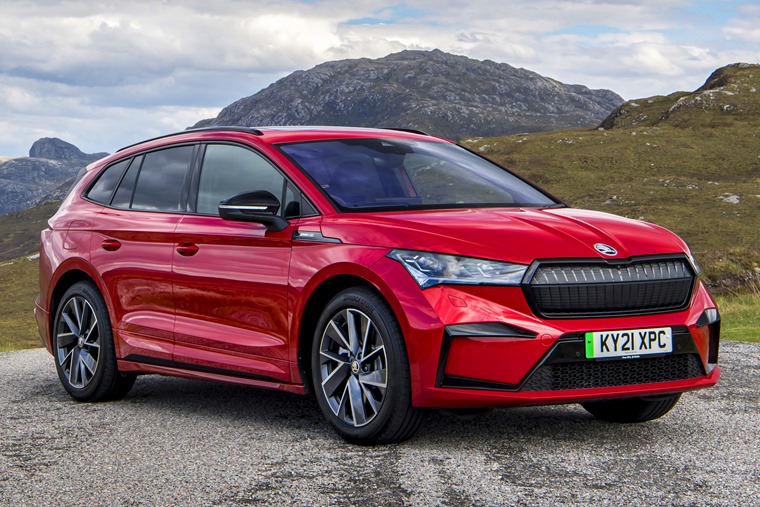 This is the Czech brand’s first vehicle designed to be purely electric and uses the same MEB platform as the Volkswagen ID.4. Despite being slightly shorter than the large seven-seat Kodiaq, the Enyaq is an imposing vehicle that in many respects can rival the Tesla Model 3 in the looks department.

The cabin protrudes quite a long way into the bonnet area, which Skoda says has been done to maximise interior space and was possible due to the lack of an engine up front. 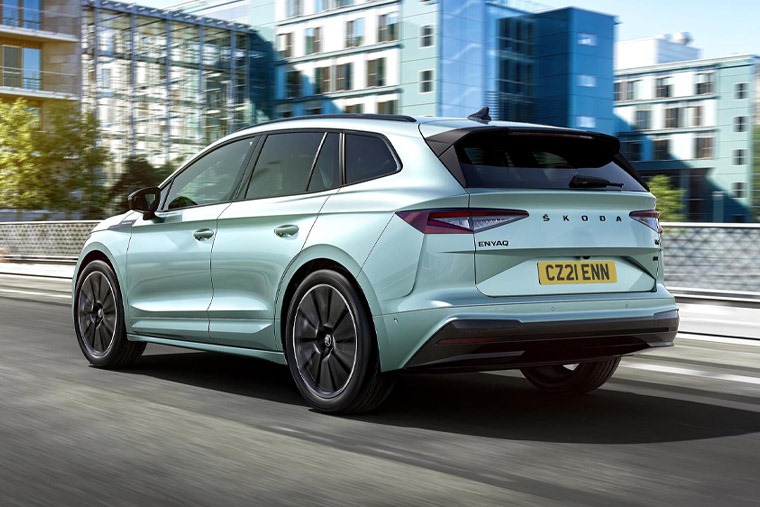 Like all Skodas, it’s been designed to be practical and purposeful, but we think it’s one of the best-looking models the brand has ever revealed.

The Tesla feel continues on the inside, mainly thanks to a large 13in touchscreen infotainment system that raises from the centre of the dashboard.

You’ll find a rather conventional gear selector in the centre console though, while with class-leading rear passenger room and 585 litres of boot space, it’s business as usual for Skoda on that front. 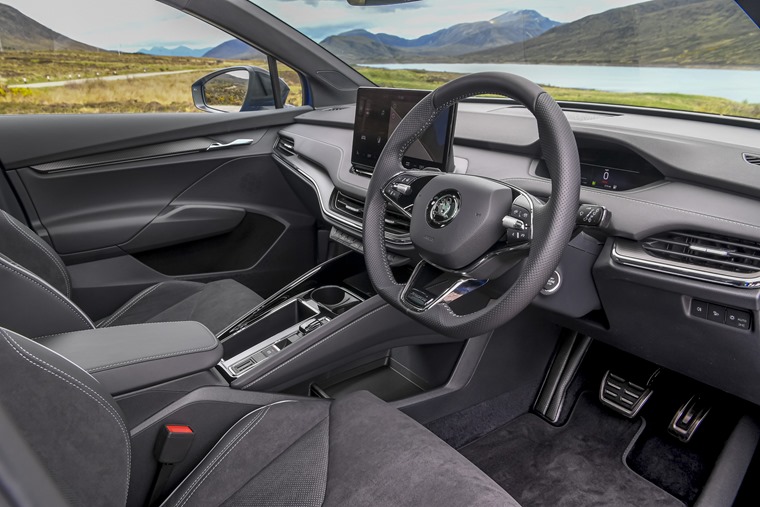 Two trims will be available and are based on the Enyaq’s tech specs. The iV 60 comes generously equipped with air conditioning, a leather steering wheel, ambient interior lighting and rear parking sensors.

Plumping for the iV80 will add niceties such as a heated steering wheel, satnav and a rear-view camera. Two levels of interior trim – Lounge and Suite are available as extras and introduce things such as leather upholstery and black trim pieces.

In addition to the conventional 230-volt household plug socket, it can be topped up overnight at home using a wall box delivering up to 11 kW. This takes six to eight hours depending on the size of the battery. 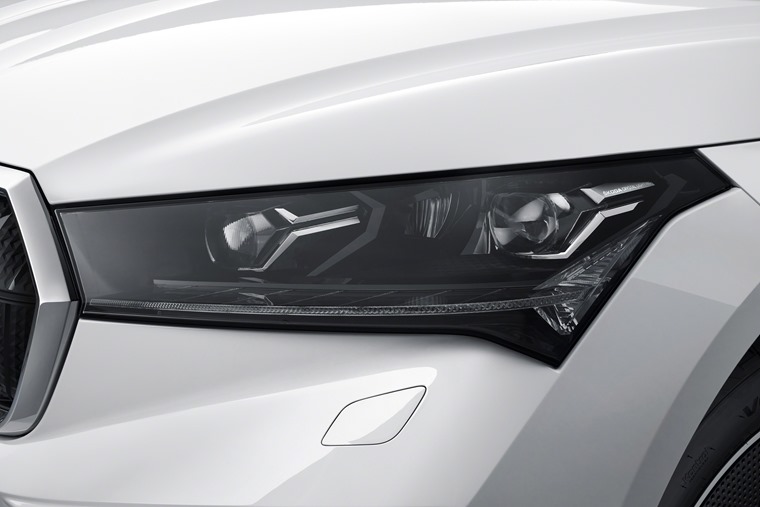 Both models get from 0-62mph in between 8 and 9 seconds and feature a 50kW charger as standard. However, 100kW and 125kW charging is available as an option for the iV 60 and iV 80 respectively.

The 80x Sportline is currently the range-topping model. It gets a second electric motor up front providing four-wheel drive and delivers more torque, at 425Nm. It features a range of 303 miles and can be charged to 80% in just 38 minutes using a 125kW rapid charger.

With attractive list prices from just £31,085, Skoda’s ability to offer value for money remains, despite the high-tech drivetrain. Skoda Enyaq lease deals are available now, with monthly costs from less than £300 per month.