Skoda has revealed a potent vRS version of its Enyaq iV SUV to join the Coupe vRS.

It shares most of the swoopier car’s drivetrain, but adds the practicality of a larger boot and more passenger room. Here’s what you need to know.

The Enyaq vRS follows the lead of the Enyaq Coupe vRS, that was revealed a while back. As such, you’ll find the same angular look up front, with gloss-black details and an illuminating “crystal” grille.

The same 20in alloy wheels are present too, as is the option of the vRS-only Hyper Green colour pictured here. But things change around the back where you’ll now find a boxier rear end with an extra window and a more practical boot.

Inside, things are pretty similar to the standard Enyaq, but there’s some vRS specific touches. The ambient lighting reflects the body colour, as does the piping on the vRS sports seats. These bucket-like seats add a sporty appeal and also get vRS logos.

The steering wheel has been swapped out for a sportier one too, with a much chunkier feel. The infotainment system also gets a vRS-specific display and graphics too. 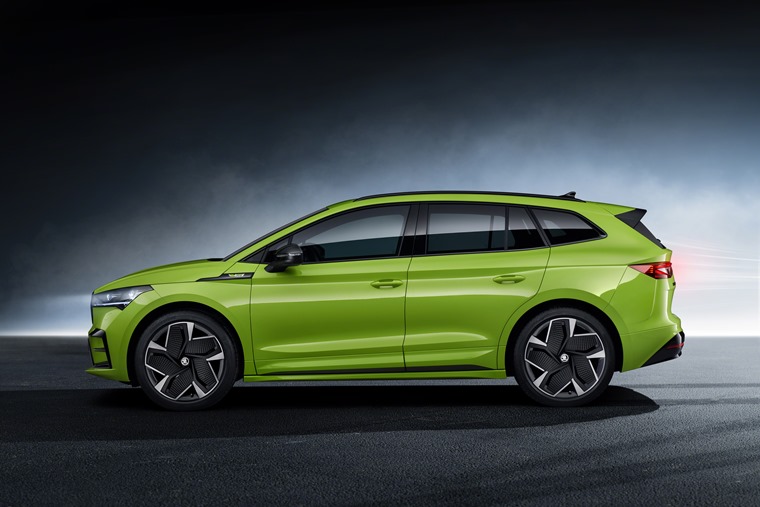 Utilising two motors across a four-wheel drive platform, the Enyaq vRS produces 300hp and is capable of getting from 0-62mph in 6.5 seconds – that’s exactly the same as the Coupe version. The top speed is limited to 111mph, again, just like the Coupe.

With an 82kWh battery providing power, you’ll get more than 300 miles between charges according to official figures. It also supports fast charging, allowing an 80% recharge in just over half an hour. 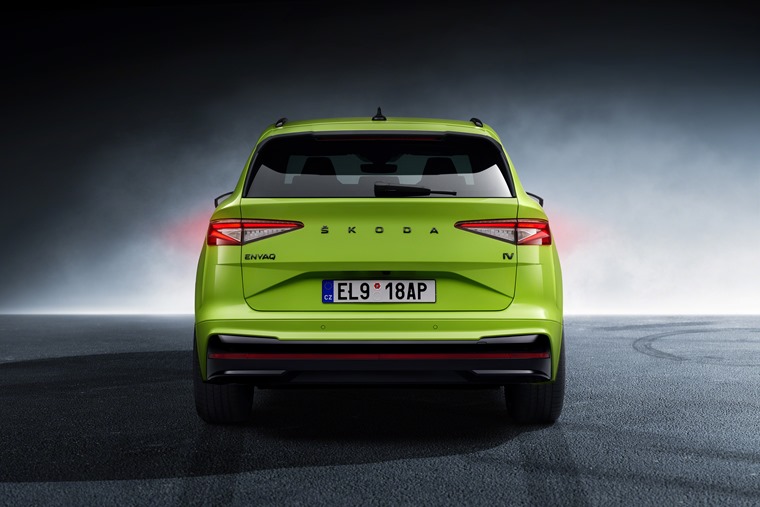 There’s no official list prices or a release date yet, but we expect the Enyaq vRS to arrive early next year. We’ll bring you leasing plans as soon as they’re available. If you can’t wait, hit the button below to compare deals on the standard Enyaq iV now.