Tesla’s Model 3 has been crowned UK Car of the Year 2020, making it back-to-back wins for electric vehicles. The win follows Jaguar I-Pace’s victory in 2019.

After emerging triumphant as Best Executive car when the category winners were announced earlier this month, the Tesla battled it out against eight other new cars for the overall title. 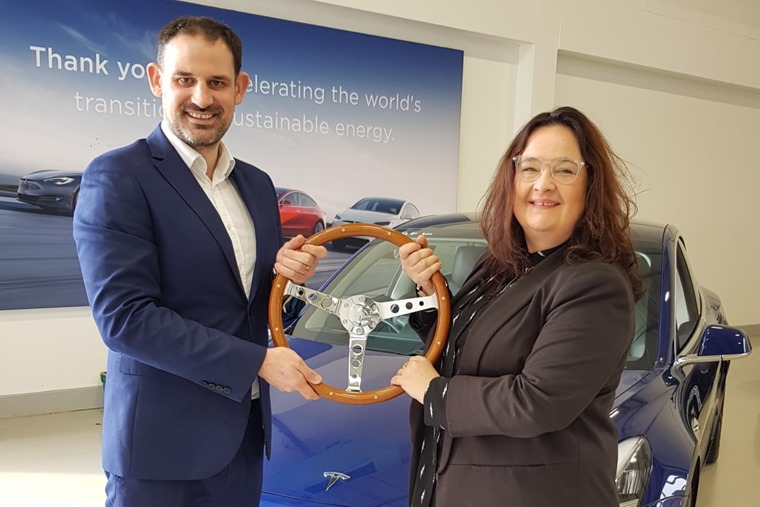 Three of these cars were EVs and the popularity of another one of the trio – the Kia e-Niro – ensured the closest-ever winning margin in the history of the awards, with the Model 3 prevailing by just one vote.

The 29-strong panel of judges who deliberated the UK Car of the Year Awards viewed the Model 3 as “the most important car in a generation because it sets the standard for what electric cars should be: affordable, aspirational, fun and very cool”.

Our own Howard Ritchie concurred, finding the Tesla Model 3 to be not only the best electric car on the market, but one of the best cars there is. Full stop.

Commenting on the win, Tesla UK said; “A huge thank you to all the UK Car of the Year judges for choosing Model 3 as well as all of our UK owners. We are proud of what this car has achieved so far and with the upcoming 0% company car tax there is an exciting year ahead for EVs in the UK.”

Eight different manufacturers battled it out for the 2020 prize, with three of the nine finalists electric vehicles: the Kia Niro, Porsche Taycan and, of course, Tesla Model 3.

Launched in 1990 the Clio has become Groupe Renault’s best-selling model worldwide. Looking to continue that success, the new model combines a host of new tech, an updated external look and a high quality interior.

With its concept-inspired style, a minimalist interior and free-revving engines, the Mazda 3 offers something really unique to its segment. When we reviewed it we found it to be stylish, surprisingly satisfying and refreshingly simple.

The long-awaited Tesla Model 3 is not only the best electric car on the market, it's one of the best cars there is. Full stop. It’s also a car that has shocked the system, having been UK's third most popular car in August: a first for an EV.

With Bentley’s centenary coming and going with the launch of the Flying Spur last year, what better way to celebrate than also being crowned UK COTY? It’s capable of 207mph while also offering one of the most refined, luxurious limousine experiences a car can offer.

The Touring version of the BMW 3 Series offers more practicality over the saloon while retaining its driving dynamics. This combines to make it one of the best all-rounders available. 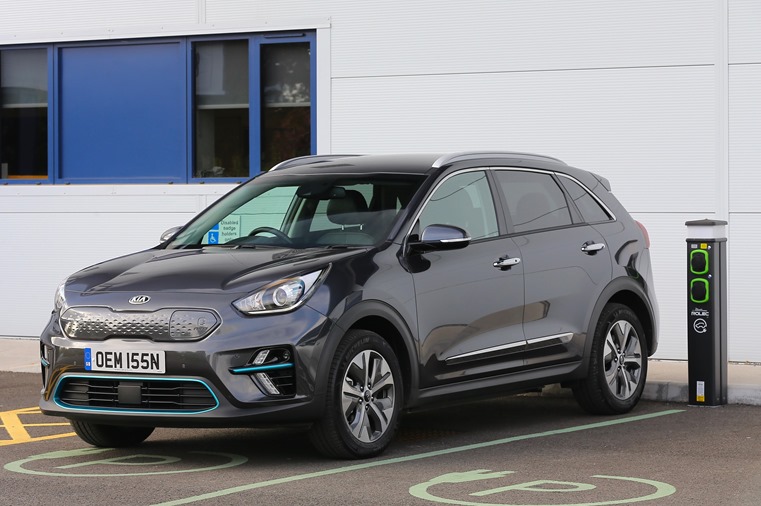 Having suffered with stock issues due to its popularity last year, the Kia e-Niro has unmatched performance, range and comfort in its segment. Which manufacturer is going to step up to the challenge?

Replacing something that has seen the levels of success the Evoque has was always going to be tricky, but the new model has somehow proved even more popular than the previous one. Subtly yet comprehensively overhauled, the new Evoque remains stylish, quiet, practical, refined and luxurious. 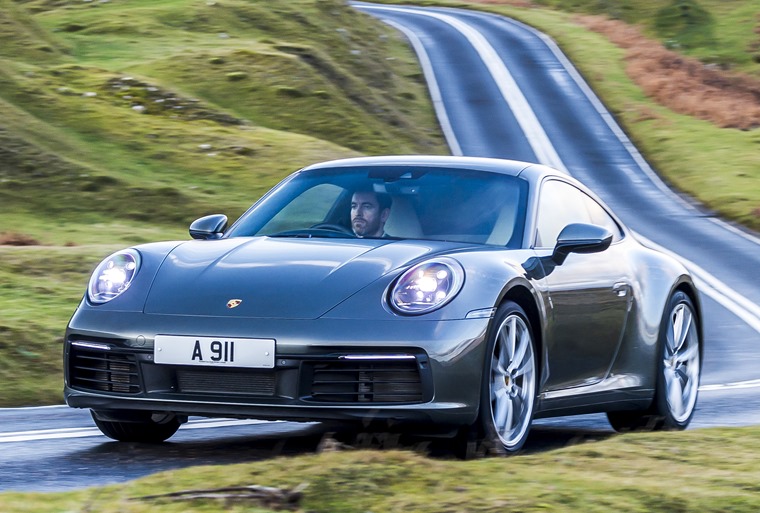 The eighth generation of the Porsche 911 debuted last year and retained the iconic model’s looks while bringing with it more power, retro styling tweaks, improved infotainment and new connectivity tech.

The Porsche Taycan is a real statement of intent from the brand. Featuring notable Porsche design cues, the Taycan gets two electric motors and a 93.4kWh battery pack. Running on 800 volts – currently unusual for an EV – the most potent Turbo S model produces 750hp and more than 1,000 Nm of torque.