Say hello to the all-new Volvo EX90 – a seven-seat SUV that’s set to eventually succeed the long-standing XC90 in the brand’s line-up.

With up to 360 miles of range courtesy of a 111kWh battery, here’s what you need to know about the new model. 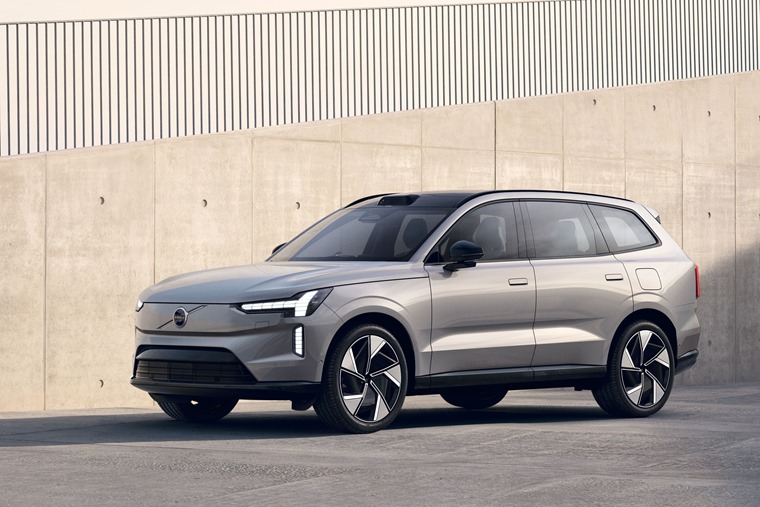 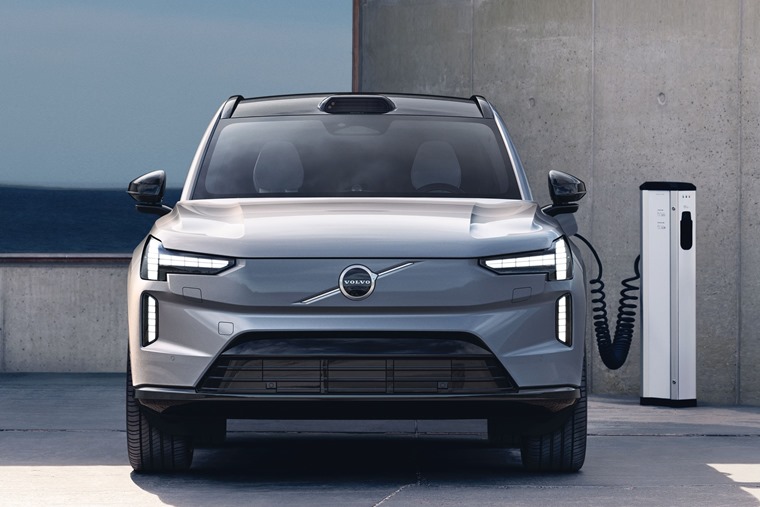 The EX90 gets a smart, minimalist look that takes inspiration from the latest Polestar models. Up front, the brand’s “Thor’s Hammer” headlights remain, but rather than the grille seen on the current XC90, it gets a flush face that moulds neatly into the grille.

For those familiar with the XC90, side-on the EX90 is very similar indeed. The door handles are flush with the body, and there’s some new design tweaks like the line running along the middle of the doors. New alloy wheel designs will also be offered, with 22in units available.

At the rear, things are rather different to the XC90. The EX90 gets a new set of tail lights that are split between the edges of the boot lid and the body – it’s a smart-looking design that is nicely understated compared to lots of other large electric SUVs. If you’d like to browse older models, we may have some in our used car leasing market, thanks to our trusted partner, Meridian Vehicle Solutions. 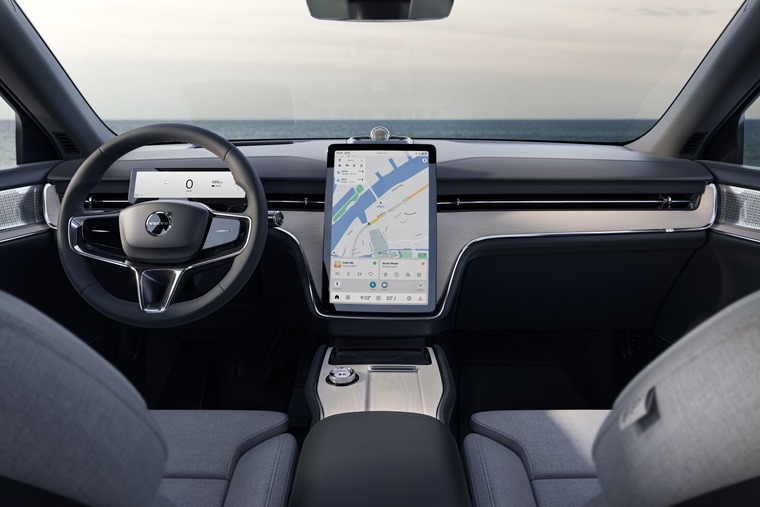 The minimalist approach continues on the inside, where you’ll find the dashboard dominated by a large 14.5in portrait touchscreen. Most of the car’s functions are controlled via this interface, which has a built-in 5G connection and is compatible with Android Auto and Apple Carplay.

Volvo has made a big deal about the fact that most of the EX90’s interior is made using sustainable and recycled materials; each car gets 50kg-worth of recycled plastic. Beneath the intricate air vents, you’ll find wood panelling that’s backlit, and comes from a sustainable resource. 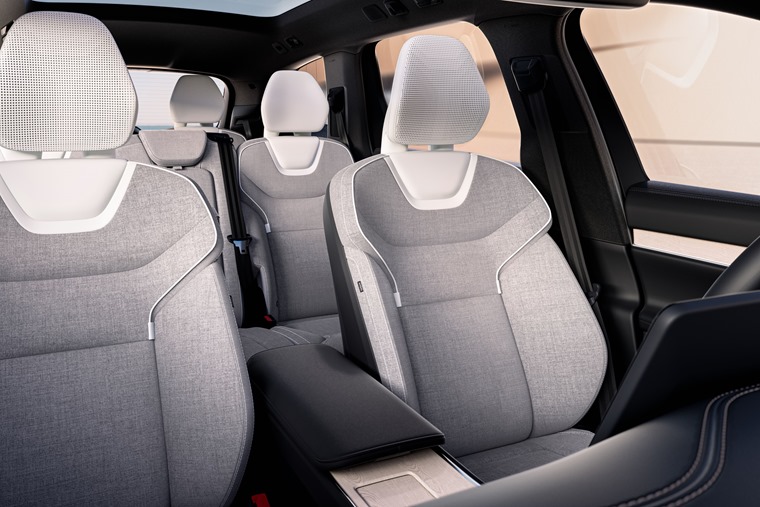 The EX90 is a seven seater, and as such there’s tonnes of room – even in the back. This is also helped by the fact it is a larger car than the XC90 – with the rear-most seats folded down, you get 665 litres of luggage capacity, while 310 litres remains with all seven seats in position.

Safety is also a major focus for the new EX90, with a clever new Pilot Assist system supporting lane-change steering assist as well as the usual semi-autonomous aids we’ve becoming used to seeing from Volvo. 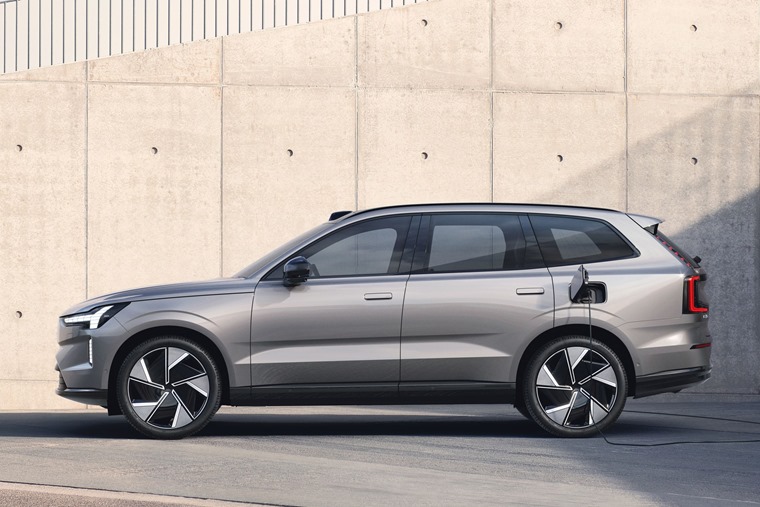 The EX90 features a new 107kWh battery pack, which is capable of up to 364 miles of range. All models also feature dual electric motors, which will make a combined 410hp and more than 750Nm of torque – that’s significantly up on some key rivals.

A Performance version will also be available, which will produce 517hp. This model will get from 0-62mph in just 4.7 seconds. The EX90’s batteries support rapid charging too, meaning a 0% to 80% recharge can take as little as 30 minutes. 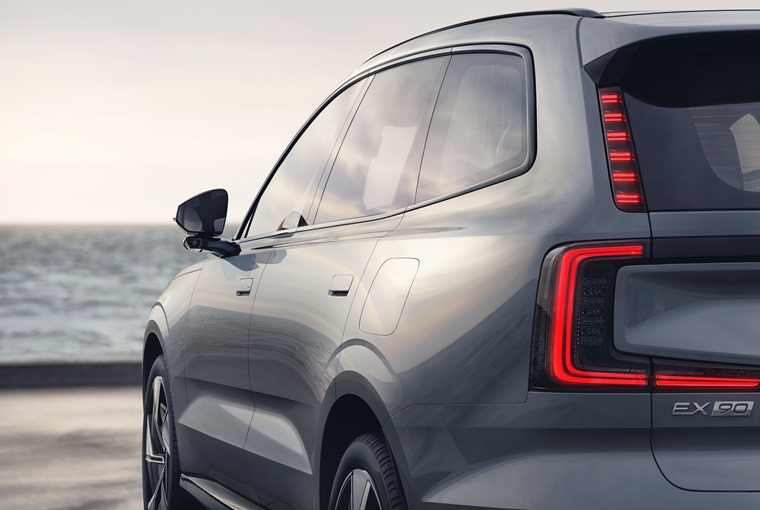 No exact release date has been given, but we know the EX90 is due to arrive soon, with deliveries commencing in 2023. We’ll bring you further details and prices as soon as they are available.

In the meantime, why not check out our Volvo Car Subscription page to learn if this is an option for you?

If you can’t wait for the new EX90, you can check out Volvos that are available to lease right now by hitting the button below.