While the pandemic and multiple lockdowns might have reduced car theft over the last year or so, the UK police forces are warning that it’s on the increase again.

The National Police Chief’s Council showed there was a 3.1% increase between May and June this year – with most of the increase due to keyless car theft. Or to give it its proper term, relay car theft.

Intelligence shows organised crime gangs are using relay technology to receive the signal from a key inside a house and transfer it to a portable device, allowing them to unlock and drive the car. All in a matter of minutes. 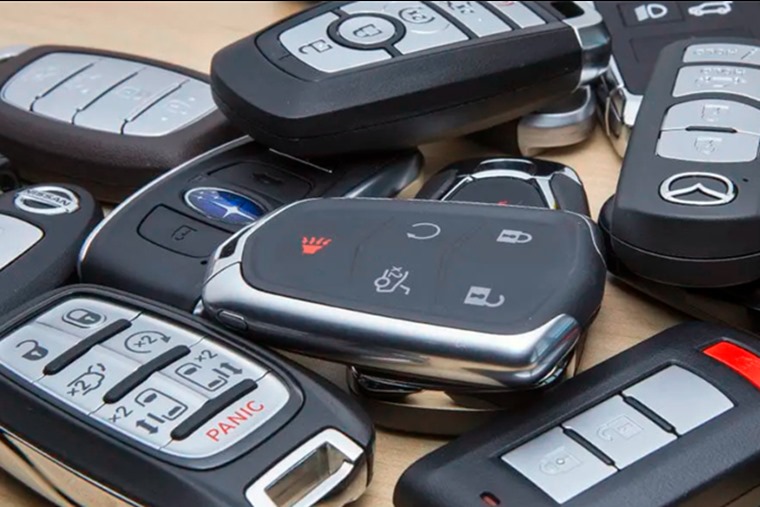 So what is relay car theft?

Many new cars now have keyless entry systems, or can have them added as an upgrade. This allows the driver to open and start the car without using a button or turning a key so long as the fob is nearby.

Thieves are exploiting this, using sophisticated technology to hack into your car’s computer, meaning they don’t even need a key-fob to start the vehicle and can drive it away in a matter of minutes.

In fact, 96% of motorists are at risk of having their car stolen by criminals using the latest theft technique, according to figures from security company Tracker.

The most at-risk are cars that use keyless fobs, as well as ‘connected cars’. In other words those that use internet to access maps, travel info and music – basically anything with an internet-enabled infotainment system.

How does a relay attack work?

The device then relays the key fob’s signal directly to the car, allowing the thieves to get in and drive away immediately. According to the Daily Mail, these hacking devices can be bought for as little as £100 by thieves online.

Testing out devices available from Amazon and eBay, the Mail managed to break in to and ‘hack’ a Ford Fiesta in less than two minutes. In another test, Germany’s ADAC discovered that some brands are more at risk than others, with BMW and Peugeot systems being particularly easy to hack.

But ADAC also managed to unlock a Toyota Prius, Ford Focus and Volkswagen Golf, showing that no one particular manufacturer is immune to this new kind of crime. The video above shows examples of thieves employing the ‘relay’ technique.

“These tools are readily available on the internet for as little as £80 and thefts typically occur in residential areas, where cars are parked relatively close to the house, especially at night.

“It’s worth remembering that technology is just one part of vehicle security and more vigilance needs to be taken across the board; this includes car owners, manufacturers, dealers, insurers and the police.”

Are vans affected too? 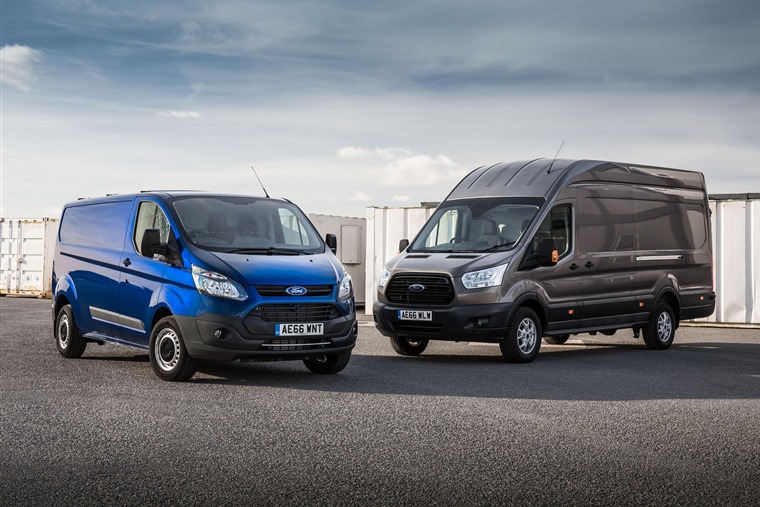 Yes. It’s not just premium cars that are being hit by this new technique – recovery figures found that 82% of Light Commercial Vehicles (LCVs) were stolen without the owner’s keys last year – almost a 100% increase compared to 2016.

The Ford Transit was the most regularly stolen van, and it isn’t just the vehicle that costs businesses – replacing tools, losing business and rising insurance and administration costs all play a part if you have your van stolen.

Police have made significant in-roads into the criminal gangs and arrests are constantly being made across the UK. Earlier this year, five people in Liverpool were convicted of offences including the theft of keyless cars totalling around £2.6 million.

As for cars themselves, the government released new guidelines for car makers that will soon have to provide more security as cars get ever-more advanced. But it’s not just aimed at reducing theft; it’s part of the Autonomous and Electric Vehicles Bill, which will create a framework to insure autonomous vehicles.

The stricter guidelines also aim to reduce the risk of hackers accessing personal data or, as we get closer and closer to self-driving cars, take over the vehicle and cause accidents. 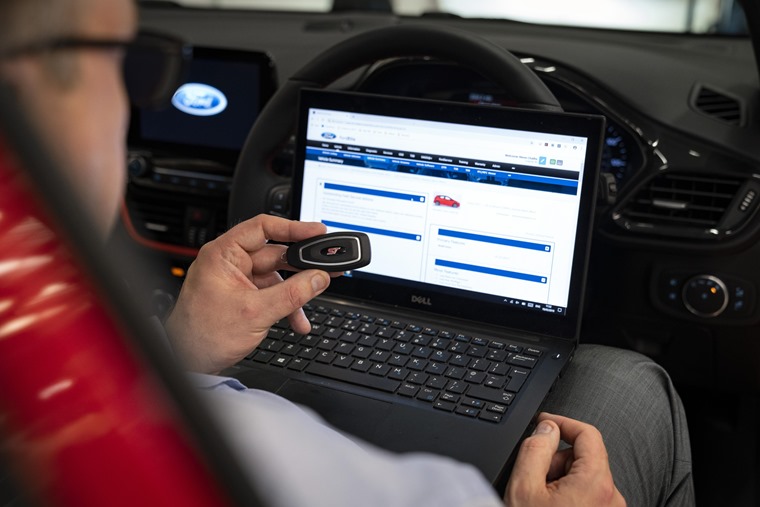 With autonomous cars purportedly only a few years away, the government wants to make cars as safe and secure as possible in the face of cyber criminals.

Transport minister Lord Callanan said: "We need to make sure that the designs of the vehicles in the first place are completely cyber secure so that people can't break into them, they can't steal them and more importantly they can't hack them to potentially cause accidents."

He added: “The advice would be treat them as you would your computer; be careful who you give access to, don't plug in devices such as USB sticks that you don't know the origin of.”

Ford also recently announced the Fiesta and Focus will be the first models to feature a sleep mode to protect against being hacked by relay car thieves.

Top tips on how to avoid vehicle theft and relay attacks 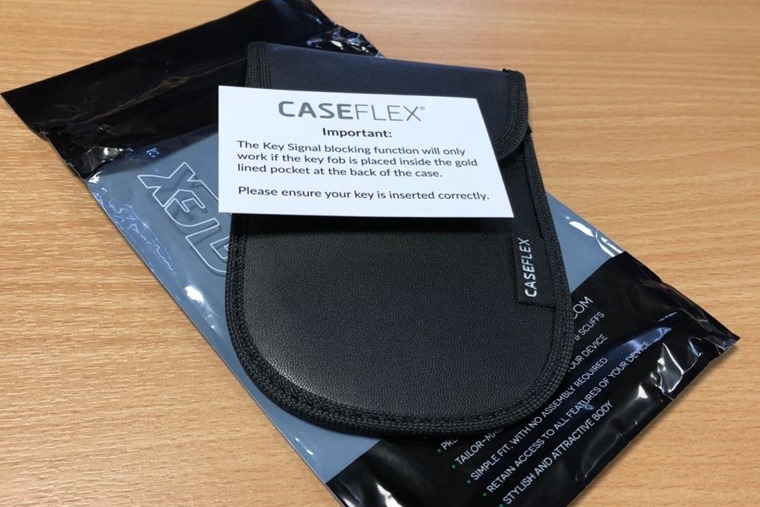 “It’s clear from our survey that many people are unintentionally leaving themselves vulnerable to these kinds of attack, by putting their keys in easy reach of  relay devices”, concluded Barrs.

Further research by Tracker revealed that 50% of those surveyed leave their keys either in the hallway of their house or a key pot elsewhere. Only 4% use a metal container to ensure their car is protected from a relay attack.

What are the most commonly targeted cars?

Recent stats from the car security company Tracker has revealed that 92% of the cars it recovered last year were taken without using the keys. This is an increase from 2018’s figure which stood at 88% and a worrying increase of 26% compared with four years ago. The figure in 2016 stood at 66%.

Tracker’s stats show that it is mainly the more premium manufacturers that are being targeted, with Land Rover models taking six of the top 10 spots. Here are its most stolen and recovered cars during 2020 compared to 2019.

The most expensive vehicle recovered by Tracker in 2019 was a Range Rover SV Autobiography, valued at £150,000. A VW Polo valued at £575 was the least expensive car recovered. The total value of recovered vehicles was £13m.

Does insurance cover a lease car for relay theft?

It’s a scenario no one wants to imagine, but the ultimate insurance policy against relay car thieves is just that – insurance.  It’s worth knowing that, if your lease car or van is stolen, your motor insurer will only pay out the market value of the vehicle.

Following a total loss, your finance or lease company will ask you to settle the outstanding balance on the agreement. Whilst these terms can vary dependent upon the finance provider, this usually constitutes the market value of the vehicle (which is paid by your motor insurer) but can ALSO include up to 100% of the remaining monthly rental payments for the vehicle. This could leave you substantially out of pocket.

This is when people could consider GAP Insurance, which will cover these outstanding monthly payments and any shortfall in the insurer’s market value settlement.