With the government announcing a ban on the sale of new petrol, diesel and hybrids cars from 2035 (or 2032 maybe), you’d be forgiven for thinking we’d all be clambering to jump into an electric vehicle as soon as possible.

And while Leasing.com users are ahead of the curve when it comes to making the switch to electric, there’s still a lot of cautious people in the UK and a lot of misinformation out there. 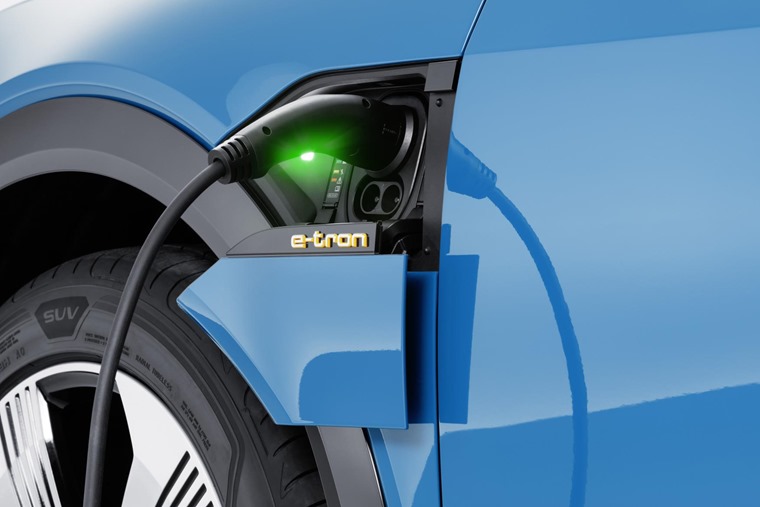 The range of electric vehicles is too limited 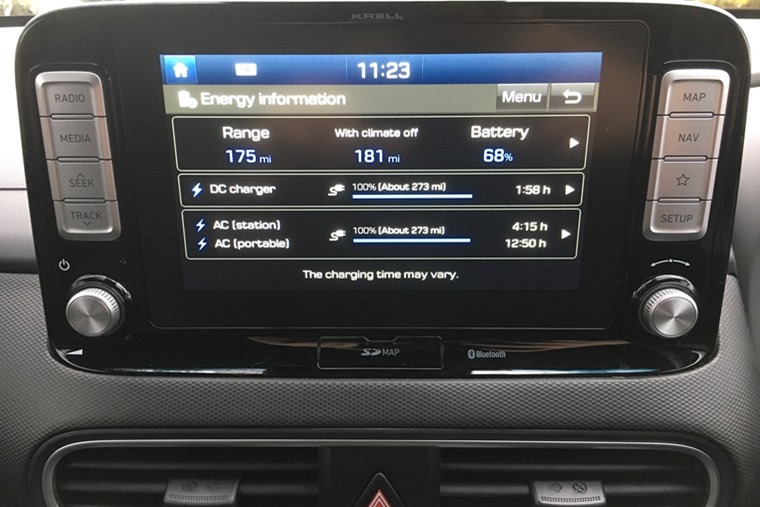 The average British worker commutes for a total of 41 minutes each day and has to travel just under 17 miles on their daily trip to and from work, according to research by recruiter Randstad.

Meanwhile, the AA has found 95% of daily car journeys are under 25 miles. So why does everyone still harp on about range?

The range of current EVs varies from 69 miles in the Smart Forfour EQ to 379 miles in the Tesla Model S Long Range, both more than enough to tackle the average car journey.

In the brave new world of electric vehicles, so far we have written real-life road tests for both the Nissan Leaf and Hyundai Kona to see how they cope with the rigours of a 60-mile daily commute, congestion, and all the other things you and I may encounter over the course of a day. And guess what? They were just fine.

While there are other factors that come into play which could further impact any projected mileage such as tyre size, weather, and what mod-cons are being used in the car, such as the air-con or heated seats, but that’s the same for any car.

We’ve even picked out which five current EVs have a real-life range which comes closest to the manufacturer claimed range for that added bit of surety too. Oh and we’ve also tested what it’s like when you DO run out of battery.

Electric vehicles are too expensive for mass-uptake 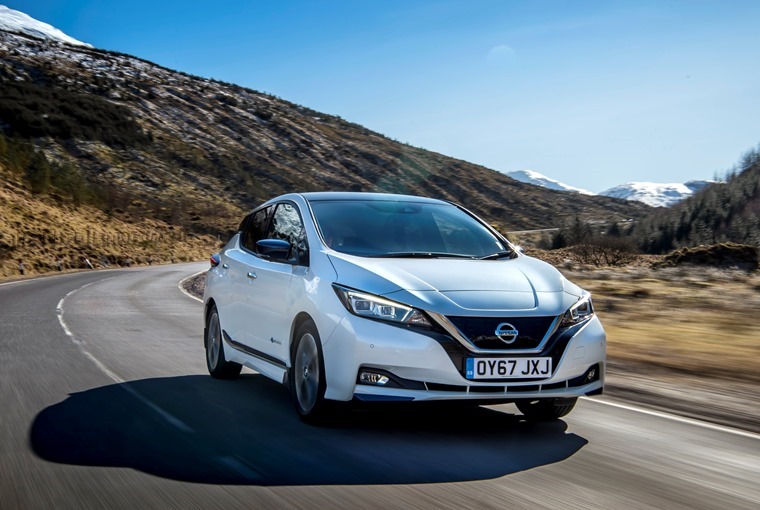 As with any first-adopter technology, electric cars have so far been a bit too expensive for your average motorist to consider. The good news is that now we’re past the first wave of EVs and into the second, prices are coming down slowly and it’s only going to get better as the charging infrastructure grows.

Budgets vary per person so who is to say what’s affordable, but whereas the first-generation Nissan Leaf cost £30,990 in basic spec when it was released in 2011, the current model costs £27,995. Aside from that saving, the real-life range has radically increased from 74 miles to 140.

Compare this to the Nissan Micra, on which the Leaf is based, and you’ll find that the Leaf costs just £10 per 1,000 miles of travel compared to the Micra costing around £108 in petrol to travel the same distance.

While Tesla has captured the public imagination in regards to EVs, perhaps everyone assumes all EV costs as much as a Model S Ludicrous Performance (£97,850). Hopefully, the Model 3 (£34,000) will go some way to rectify that, and as one of the most enquired EV is currently available for around £400 a month to lease.

You can half that cost though if you opt for the new Renault Zoe. Current lease prices are under £200 (depending on your payment profile), with the new model offering an increased 52kWh battery and a WLTP-approved range of up to 245 miles. On top of that it now has rapid charging capabilities too, and plugging the Zoe into a 22kW roadside charger can deliver a useful 78 miles of range in only one hour. Speaking of which…

Going back to range anxiety and how it is almost a moot point, we would concede that there are elements of charging on the go that continue to be an inconvenience. In fact, forget range anxiety altogether, we’d argue that charging is the real stumbling block for EV uptake.

From the fear that the charging station you’re making a beeline for won’t work or all the bays will be full, charging anxiety is a real fear. And then there’s the time it takes. Whereas most of the latest EVs can be rapid charged in less than 30 minutes to give a range of over 100 miles, that’s still about 28 minutes longer than it would take you to fuel a regular car. Add to that the fact that EVs offer a variety of plug-in connectors and it makes it difficult to provide complete charging coverage as, just like mobile phones, there’s no standardisation. 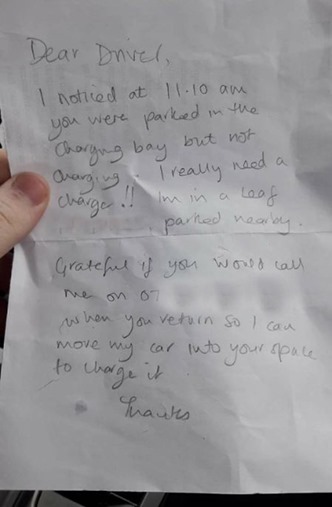 The charger at Ikea has two outlets, but only one can be used at a time. This resulted in us receiving this politely worded note while charging the Hyundai Kona EV

All of these factors are major reasons why hydrogen was viewed as the foolproof evolution of powering your car but the less said about that the better.

Things are improving though, with the latest EVs featuring live charge point updates to let you know where the nearest available and working ones are. The charging infrastructure also continues to grow thanks in part to the Automated and Electric Vehicles Bill, a piece of legislation made an Act of Parliament in 2018 that paves the way for a much more comprehensive and usable EV charging network. 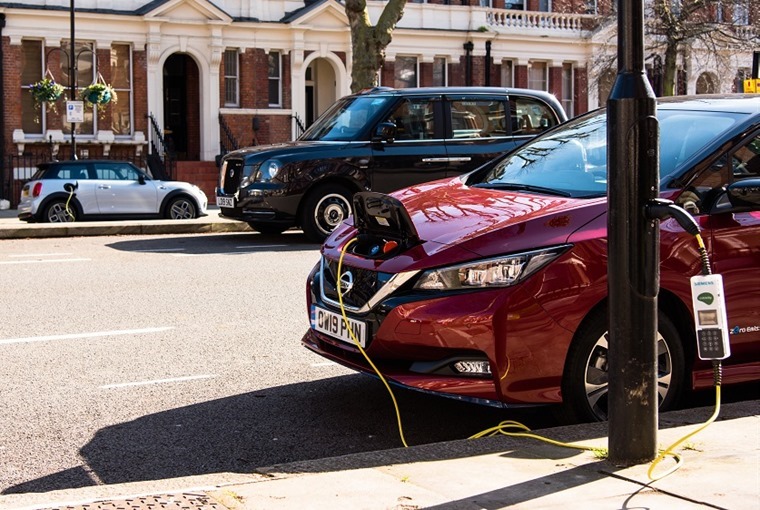 “Electric Avenue W9 is an important showcase of what’s possible using existing city infrastructure. It illustrates how residential streets will look in the near future, and accelerates the shift to zero emission vehicles,” said Cedrik Neike, CEO of Siemens Smart Infrastructure. 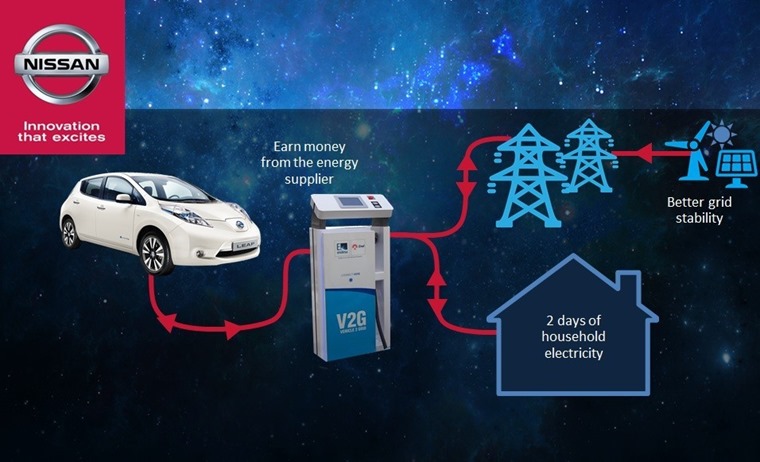 We’d have to build 20 new nuclear power stations to cope with the switch to EVs was one erroneous headline in a national newspaper recently. We hear similar phrases from people all the time. The truth is, we might not even need any more at all. So let’s explain things.

Picture the scene: it’s 1990 and love has the world in motion as Bobby Robson’s England claw their way tooth an nail out of the group stages of the World Cup, eventually facing perennial rivals West Germany in the semi-finals. It, of course, goes to penalties and we don’t need to remind you what happens next.

As Chris Waddle’s penalty kick sails over the crossbar and Gazza cries into his shirt, 1,120,000 households in England get up to put the kettle on causing an outstanding 2,800MW surge in electricity demand.

Electric vehicles are a lot bigger than kettles, and require a lot more electricity, so a big worry seems to be that with everyone getting in from work between 5-7pm it would put an unnecessary burden on the electricity grid. Smart charging is the answer, apparently.

According to Ofgem, who should know about these things, more flexible use of the energy system will allow more electric vehicles to be charged from the existing grid - at least 60% more EVs to be precise. Meanwhile, the National Grid estimates that EVs will create an extra 18GW of demand by 2050. That’s equivalent to just 30% on top of today’s peak demand.

“You could argue that millions of motorists all needing to charge their electric vehicles would require lots of new power stations just to meet this surge in demand. But in fact this is where better consumer engagement and advances in technology both have a part to play,” says the National Grid.

On top of that, Nissan has been trialling vehicle-to-grid technology which allows any excess charge left in the vehicle to be sold back to the grid to stabilise it. So that’s that sorted. Tea, one sugar, drop of milk while you’re up, ta. 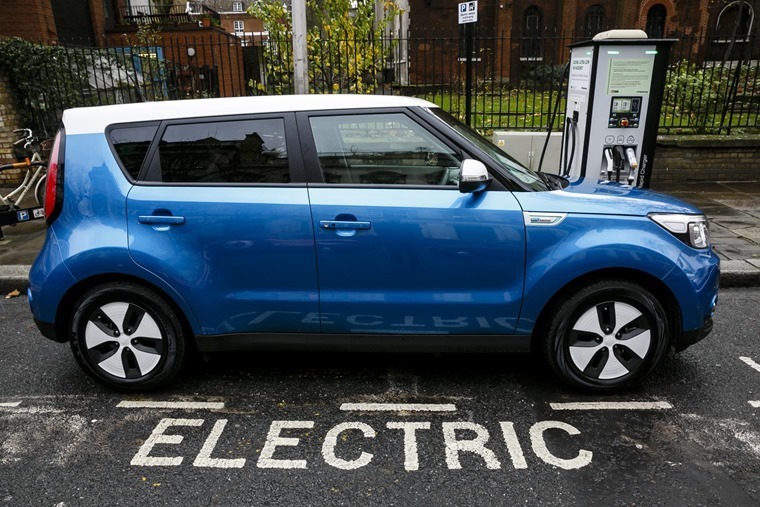 A frequent talking point to discredit EVs is to question how green they actually are when emissions from production and generating their electricity are taken into account. This is a myth according to new research.

A joint study by the universities of Exeter, Cambridge and Nijmegen in the the Netherlands has concluded that, even if electricity generation involves substantial amount of fossil fuel, electric cars lead to lower carbon emissions overall.

The study reports that, under current conditions, driving an electric car is already better for the climate than conventional petrol cars in 95% of the world. Poland is one exception as electricity generation is still mostly based on coal.

Average lifetime emissions from electric cars are up to 30% lower than petrol cars in in the UK currently.

“We've seen a lot of discussion about this recently, with lots of disinformation going around.” commented Dr Florian Knobloch, the lead author of the study.

“Here is a definitive study that can dispel those myths [and] even in our worst-case scenario, there would be a reduction in emissions in almost all cases. This insight should be very useful for policy-makers.”

Electric vehicles and everything associated with them may come with a lot of unique perks and offerings, but they aren’t miracle machines and there’s a lot they can’t do. For example:

You can’t inflate your tyres with an EV charger

CCTV footage shows the driver of this VW attempting to top up their tyre pressures with… you guessed it… an electric car charging cable. Quickly realising the CCS-type charger wasn’t going to fit the valve, they set about having a go with the CHAdeMo lead too. Imagine if it had actually worked!

You can’t charge your car with a fuel pump

Missing the point of an electric car completely, or maybe assuming she was in fact driving a hybrid, this woman went viral for trying to put fuel in the charge port of her Tesla Model S before searching every possible angle of the car including the boot looking for the tank.