Hyundai has confirmed its Ioniq 6 fastback will be priced from £54,995 when it arrives – taking aim at the likes of Tesla.

The streamlined saloon will join the boxy Ioniq 5 in the brand’s electric line-up, and takes inspiration from aero cars of old. Read on for everything you need to know. 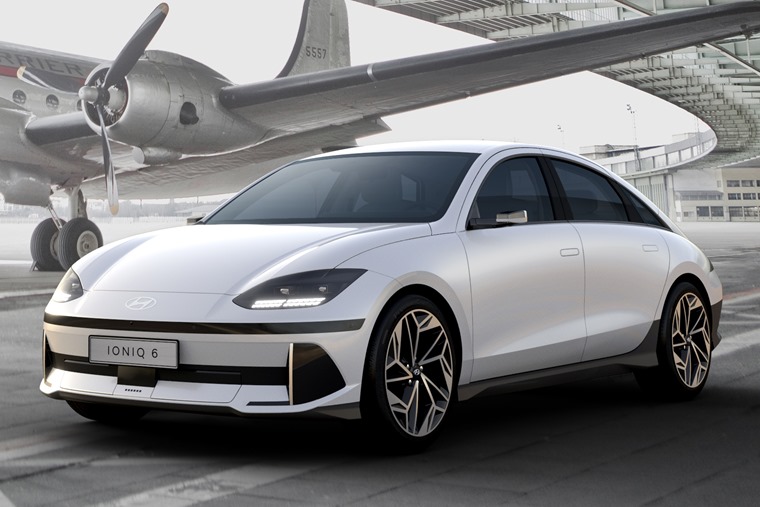 On the outside, the Ioniq 6 couldn’t be more different to the sharp Ioniq 5. Rather than taking on the 70s retro styling cues of its bigger sibling, it takes its inspiration from further back. Its rakish shape is reminiscent of streamlined cars from the 1930s.

It’s certainly an original and daring design, with the tear shape almost unmistakable for anything else. Up front, the bumper and headlights are smooth, with seamless shut lines for the bonnet. 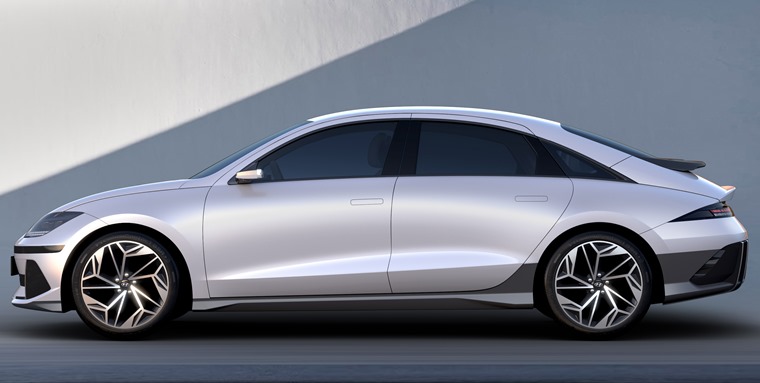 Round the back, a low-lying light bar is present and doesn’t look too dissimilar to the Hyundai i30 Fastback in some ways. It gets two rear spoilers, which is obvious when you look at the car side-on. 18in and 20in alloy wheel designs will be offered.

It’s more than 4.8 metres long and has a wheelbase of almost 3 metres. Size-wise, that means it’ll be a competitor for the Tesla Model 3 and Polestar 2. 12 colours are set to be offered from launch. 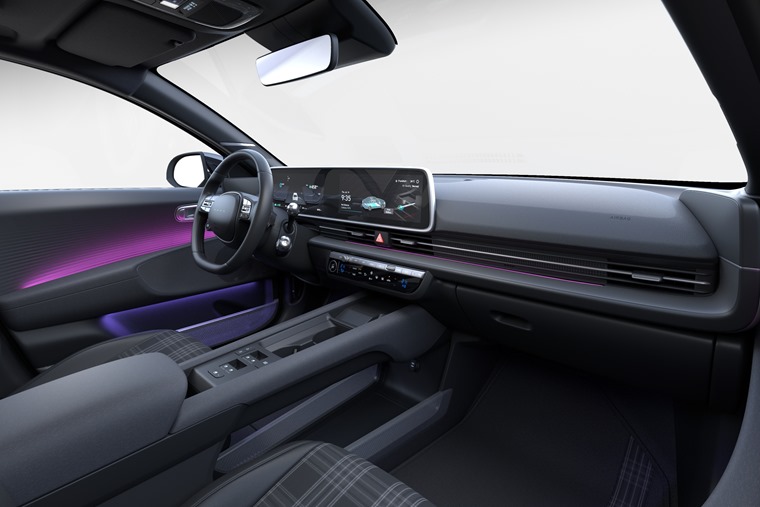 Inside, Hyundai’s aim was to make the Ioniq 6 as roomy and “rook-like” as possible. The overall shape of the body gives the interior a cosy ‘cocoon’ like atmosphere, but it certainly doesn’t look cramped.

The dashboard features a twin-screen panel that make up the infotainment system and the driver display. The centre console is a floating unit that’s also designed to use up less space.

Combined with the flat floor and is certainly a lovely place to be. As we’ve come to expect from EVs, the materials used are sustainability focused, with the Ioniq 6 making use of artificial leather, recycled plastic and even recycled fishing nets to create this beautiful space. 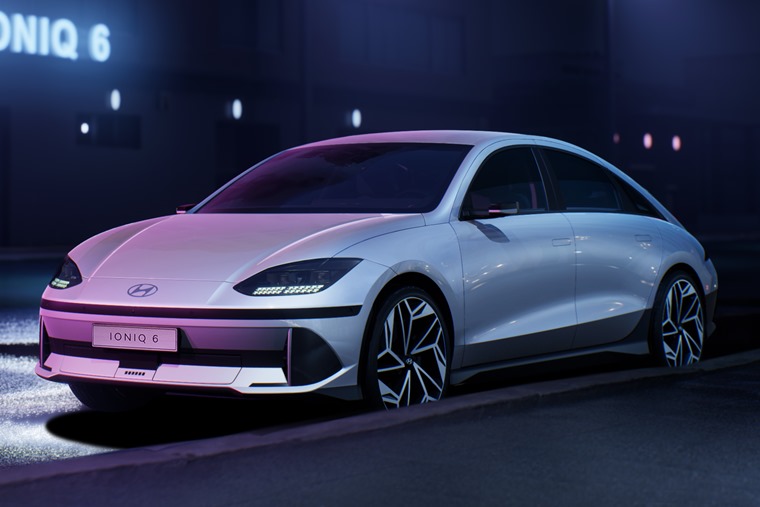 It might not share its looks with the Ioniq 5, but it does borrow its platform and that’s no bad thing. This means that from launch it’ll be on offer with 800V electrical systems compatible with rapid charging of up to 350kW.

From launch, it’ll be offered with 53kWh and 77kWh battery packs, meaning that models with the larger battery will be capable of up to 379 miles between charges. The system’s rapid charging capabilities mean you can expect an 80% recharge in well under half an hour.

All-wheel drive and rear-wheel drive models will be offered and, while specs for the rear-drive model are to be confirmed, we know the all-wheel drive version with two motors will produce 324hp and 600Nm of torque. We’ll bring you further specs as and when they are revealed. 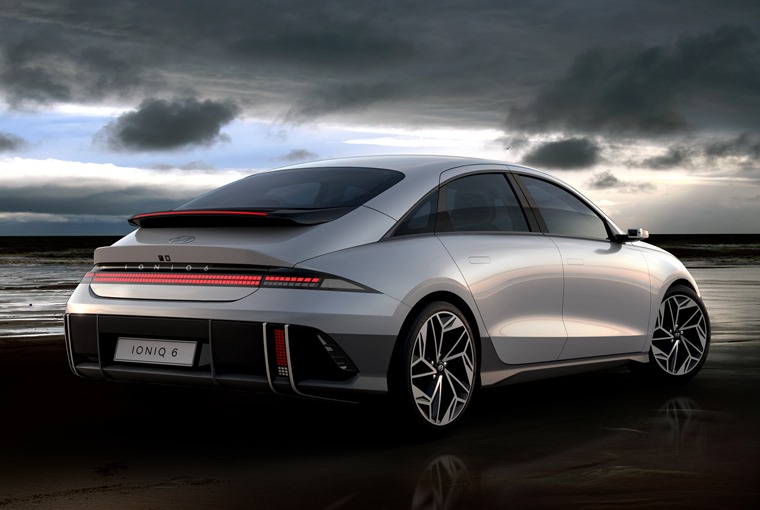 There’s no news on an exact UK release date yet, but we reckon it’ll hit the market sometime in the first half of 2023. We’ll bring you leasing plans as soon as they are available.

In the meantime, you can check out and compare deals on the Hyundai Ioniq 5 right now by hitting the button below.