Mitsubishi L200 vs Isuzu D-Max: battle of the pick-ups 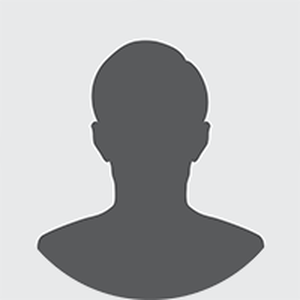 The humble pick-up truck is becoming ever popular in the UK and as manufacturers clamour to build more extravagant, high-spec models to improve their standing as a trade-off between van and SUV, their popularity is only going to grow.

We took two of the best in the segment in their more family-friendly trims – the Mitsubishi L200 Barbarian and the Isuzu D-Max Yukon – and put them head-to-head.

James Fossdyke says: To me, it’s first blood to the D-Max. Pick-ups are hardly the last word in elegance at the best of times so their charm comes entirely from their rugged looks, and the D-Max is the beefier of the two. I love the bulging wheel arches, the big lights and the huge door mirrors, all of which give the Isuzu a presence missing from the L200.

I’m not saying there aren’t aspects to the L200 I like though. The flowing line of the back of the cab where it meets the load bed, for example, looks really stylish and I like the Lamborghini Miura-style rear doors.

John Simpson says: Who turns to pick-ups for eye-pleasing looks? These are vehicles designed to be worked, it just so happens that they share some qualities with in-vogue SUVs.

Both have a foreboding presence if only for their bulk and size, and if you just look behind the front wheel arches, they’re near identical. So it comes down to what you want from your pick-up. The D-Max has the more aggressive face, it’s almost as if it’s trying to intimidate the L200 in these pictures. Reign it in Izusu, we’re all friends here.

Personal choice, I prefer the more sedate Mitsubishi with its more striking and streamlined front-end.

James Fossdyke says: Inside, however, it’s a different story. Both our test cars are in second-from-top trim levels, but the L200 is slightly better equipped. Considering that muddies the waters slightly, it’s a close-run thing between the two. Cabin quality is probably marginally better in the L200 but it is only marginal. Neither will give a Mercedes S-Class sleepless nights; it won’t upset Freelander’s slumber either, come to that.

Technically, these cars are commercial vehicles, so it’s no real surprise that there are plenty of van-like plastics knocking about, but in places the cheap build is a little too evident. The D-Max’s steering wheel feels like it came from an oversized Cozy Coupe and the L200’s sun visors are the worst I’ve come across – it’s as if they were stolen from the Trabant factory’s parts bin.

John Simpson says: L200 claims this round for me quite easily. Sure, refinement isn’t great in either with cheap plastics widespread in both.

That said, the Mitsubishi is the preferred place to be with its comfier leather seats and brighter, chirpier-styled cabin. Controls are more accessible and feel nicer to use and while the Mitsubishi’s touchscreen sat nav isn’t perfect by any stretch, it’s far more advanced than Isuzu’s aftermarket £900 extra which feels clunky and dated. The D-Max’s double glovebox (upper and lower) is a handy touch though (accidental pun, honest).

John Simpson says: Any vehicle this size isn’t going to be the easiest to manoeuver but both of these behemoths are surprisingly more manageable than originally anticipated.

The D-Max does require more work than the L200 though and the Isuzu’s rougher ride is immediately evident.

Both are mated to automatic transmissions too - six speed in the Isuzu, five in the L200 – and both go about their business with the minimum of fuss and neither ever really require any interference. Once in a while though, I’d try and flick the L200 into a higher gear in the interest of fuel economy.

The L200’s better refinement is accompanied by a slightly quieter cabin too with lower NVH levels but with a diesel unit that large upfront, tuning out engine noise isn’t always possible.

James Fossdyke says: Neither of these pick-ups are what you’d call sporty in the way they drive, but that’s not really the point. If push came to shove, I’d have to say the L200 is a slightly better road car thanks to its sharper gearbox.

Both our test cars were automatics and the Isuzu’s was quite dim-witted, taking a waiting a moment too long to kick down. In the D-Max’s defence, once it’s underway the engine is happier to rev than the L200’s, but that wait for the power is annoying.

The Mitsubishi is a tad more comfortable, too, but the D-Max is a more capable off-roader and has a bigger towing weight.

James Fossdyke says: It’s close but I have to come down in favour of the Mitsubishi.

The D-Max has charm and an attractive price tag but the L200 is just a slightly classier product, sun visors excepted.

John Simpson says: Same. It almost feels unfair to favour the L200 when there’s so little in it, especially if you’re approaching from a business angle.

But the Mitsubishi has the edge in terms of ride and build quality and it’s not too far behind in running cost terms.