The Jeep Grand Cherokee is heading to the UK, with order books now open. Deliveries of this all-new model are due to commence later in the year.

Featuring hybrid power for the very first time, it’s poised to offer an alternative to cars like the Range Rover. Here’s everything we know so far. 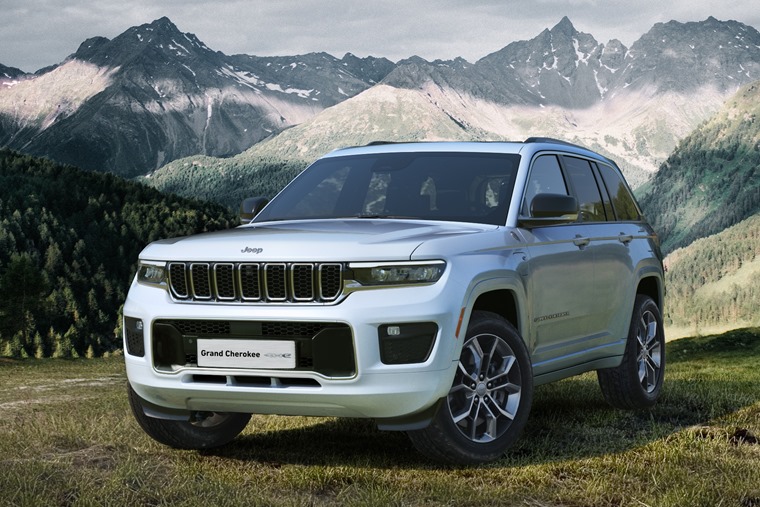 The looks of the updated car have been directly inspired by the Wagoneer. That means it gets a much more imposing profile than the outgoing car courtesy of a longer bonnet.

The roofline is lower than previously too, while LED headlights and Jeep’s well-known vertical-slat grille are on show up front.

We’ve only seen a few snaps of the plug-in 4xe, but it looks like this variation will be available in a contrasting two-tone black and white colour scheme. 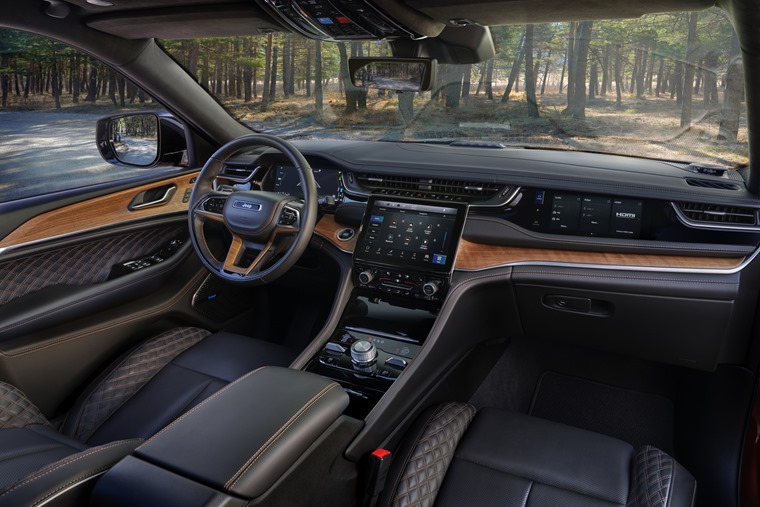 Inside, you’ll find a 10.1in infotainment system on the dashboard, along with an all-new 10.25in digital instrument display that replaces traditional analogue dials.

Quality has taken a step up in the new car too, with leather upholstery and Piano Black trim present. UK specs are again to be confirmed, but expect lots of tech and safety kit – Jeep is going all out to compete with the likes of Range Rover and Jaguar SUVs. 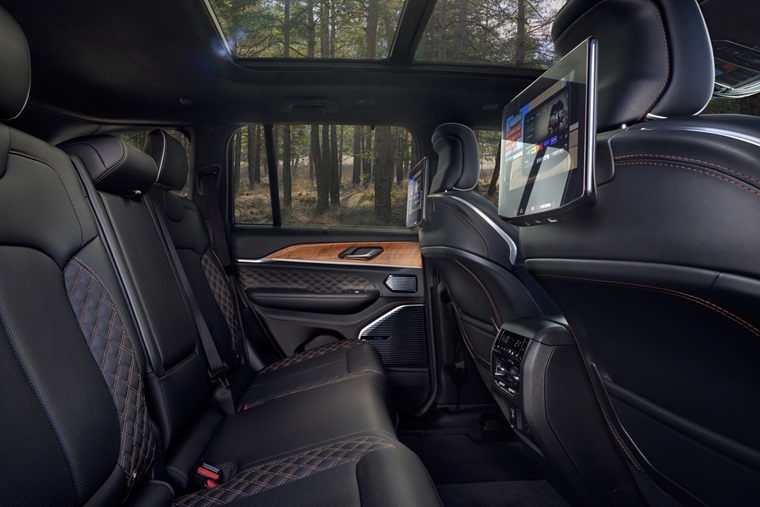 All trims are available to order right now, with UK customers able to choose one of four trim levels in conjunction with the 4xe. Limited is the ‘entry-level’ model, featuring 20in alloys, full LED headlights, the 10.1in infotainment system, 10in digital driver display and a host of safety tech.

Overland is next on the list, that adds a different set of alloys, a standard dual-pane panoramic sunroof, ambient lighting and leather upholstery. Trailhawk is designed with off-roading in mind. As such it gets chunky 18in wheels, Jeep’s off road accessory kit and a raft of off-road systems to help when the going gets tough.

The range-topping trim is the Summit Reserve, that gets 21in alloy wheels, Palermo leather seats and trim, real walnut door accents, a 19-speaker sound system and a passenger-specific 10in display screen. 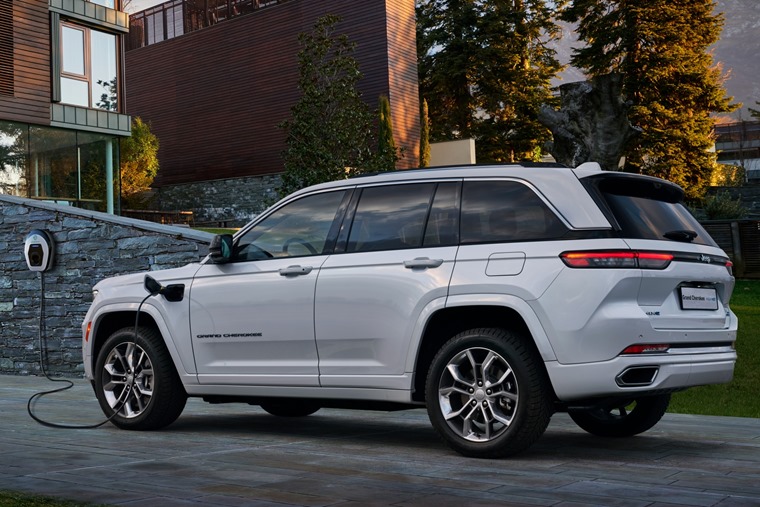 The Grand Cherokee 4xe PHEV is powered by a 2.0-litre turbocharged petrol engine and two electric motors. Combined they produce around 380hp.

The motors are connected to a 17kWh battery that allows for up to 25 miles of electric-only range, while the driver will be able to choose between three modes.

Jeep wants 70% of all European-bound cars to be zero-emissions by 2030, and more than 40% in its home market of America. 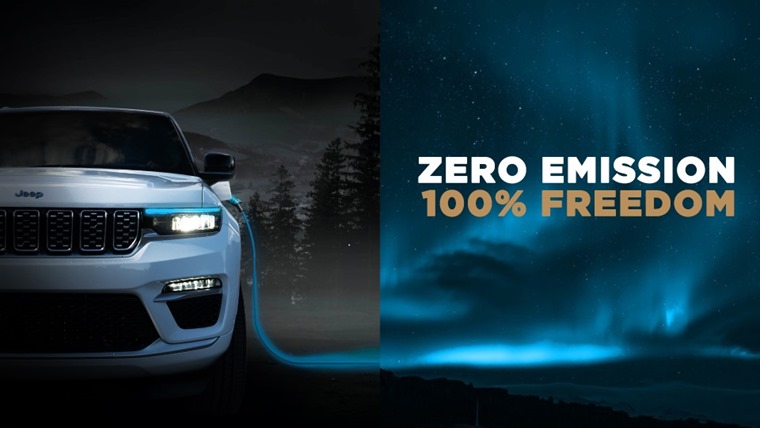 A host of new safety features and equipment will be available on the new model, which aims to keep passengers safe both on and off the road.

Semi-autonomous driving tech will feature, while some versions will benefit from a special night-vision camera that can detect pedestrians in the distance. Traffic sign recognition and autonomous braking tech will also be available.

The car will also be available as a Trailhawk model that adds things like a limited slip differential and an electronic traction management system. 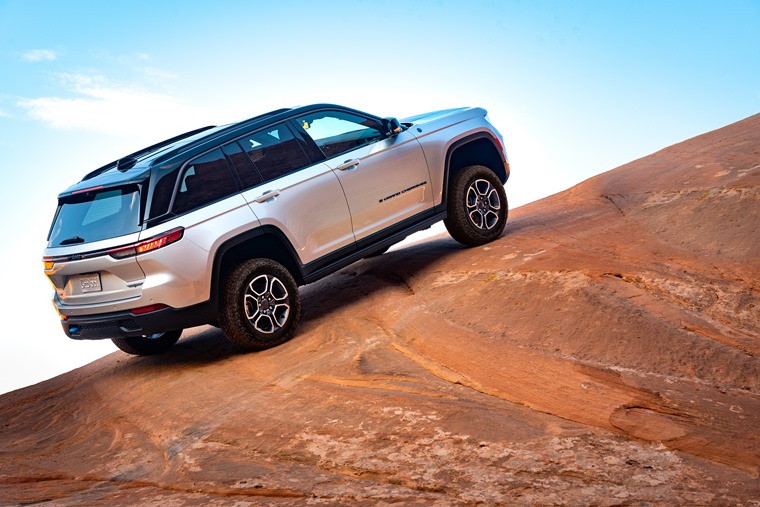 With order books now open, the Grand Cherokee will soon be available to lease. We’ll bring you the best leasing plans as soon as they are available.