Mercedes has given its A-Class line-up an update for 2023, with the hatch and saloon benefitting from styling changes, new infotainment options and a fresh interior look.

Mild-hybrid drivetrains are now standard across the range too. Here’s everything you need to know. 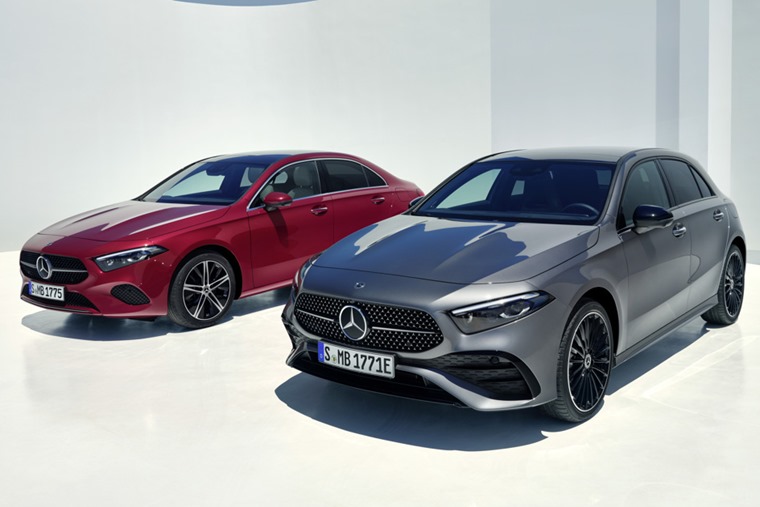 On the outside, it’s hard to find much that’s changed – at first. Look a little harder, however, you’ll find there’s a new grille. It’s wider than before, and the LED headlights benefit from a new lighting signature too.

There’s a range of new alloy wheel designs to choose from too, while the rear gets a new lighting signature to match the front, along with a revised bumper. The changes apply to both hatch and saloon models.

The fiery AMG models – the A35 and A45S – also benefit from styling tweaks. The bumpers are wider than ever before, while the grille now features a slatted design. You’ll find either twin-exhaust exits on the A35, while the A45S gets a stunning quad-exhaust exit.

Step inside, and changes are more noticeable – particularly on lower trim levels. That’s because a large 10.25in infotainment touchscreen is now standard on even the most basic models. Combined with the 7in digital driver display, it moulds neatly into one glass panel.

You can upgrade the 7in screen to 10.25in too, further elongated the display area. Other tweaks include a clever new fingerprint recognition pad that recognises who is driving the car and immediately setting it up to their preferences.

The cabin is less cluttered than before, with Mercedes deleting the touchpad in the centre console – the infotainment is now controlled solely by the screen itself, or by using Mercedes’ impressive ‘Hey Mercedes’ voice command system. 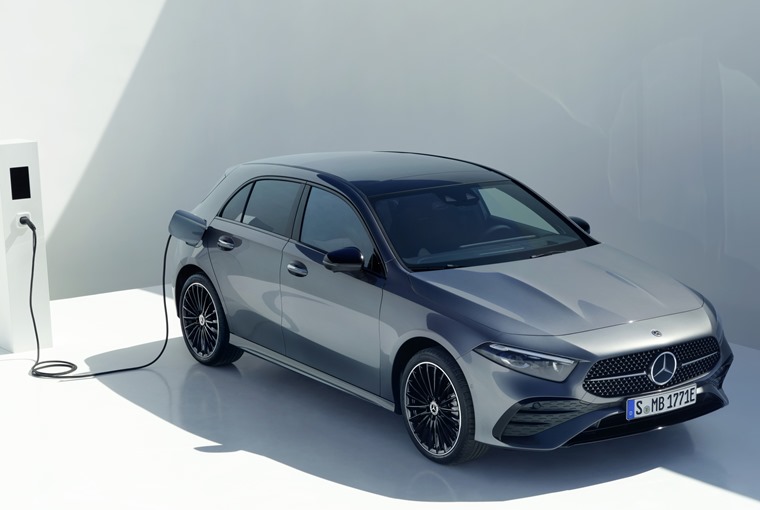 While the engine line-up remains as before, all models now feature mild-hybrid tech to eek out maximum efficiency. The line-up includes a 1.3-litre petrol and 2.0-litre petrol units, with power outputs ranging from 136hp up to 225hp.

The A250e plug-in model remains unchanged, with the 1.3-litre petrol pairing up with a 15.6kWh battery. It produces 218hp and is capable of more than 45 miles of electric-only range when fully charged.

Diesel options include a 2.0-litre unit, which produces 116hp, 150hp or 190hp depending which power option you go for. 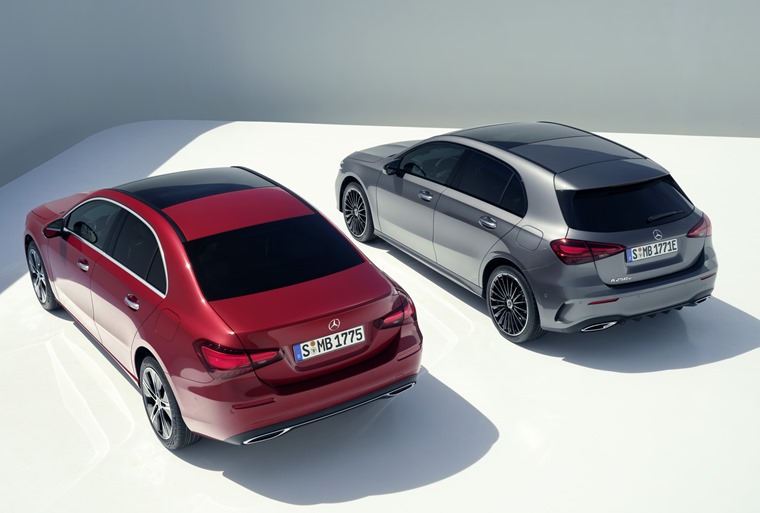 The tweaked A-Class range is set to be available to order soon, with deliveries commencing in the UK towards the end of the year. We’ll bring you leasing plans as soon as they’re available.

In the meantime you can check out deals on the current model by hitting the button below.