This is the all-new Audi Q8 e-tron, a new model that is set to replace the e-tron in the brand’s line-up.

The new EV gets an improved battery, fresh styling and will be available as both an SUV or a Coupe (Sportback). Here’s what you need to know. 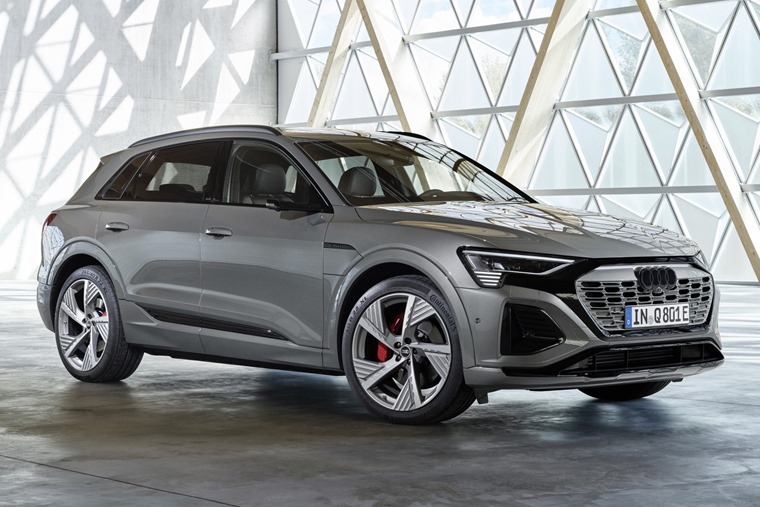 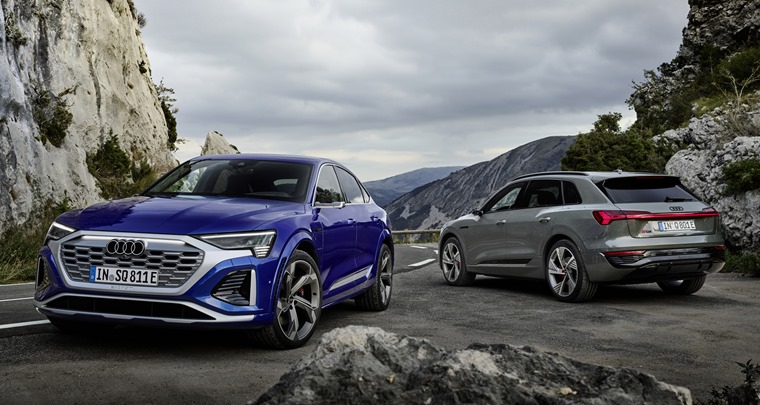 The Q8 e-tron is a direct replacement for the current e-tron, and as such the styling is very much an evolution of the existing model, rather than a completely fresh design. From all angles, it looks very similar indeed.

A closer look reveals that there’s a fresh grille up front, and the headlights have also been given a new look. The air vents and lower air intake are slightly larger and lower than previously, too.

Whether you opt for the SUV or the Coupe, the Q8 e-tron’s silhouette is remarkably similar with the existing models, although you will find additional fresh alloy wheels. Also at the side, the optional door mirrors remain on the options list.

At the back, the light bar has been freshened up and the creases along the bumper have changed, but for all intents and purposes, the biggest change to the cars’ exteriors are the  badges. 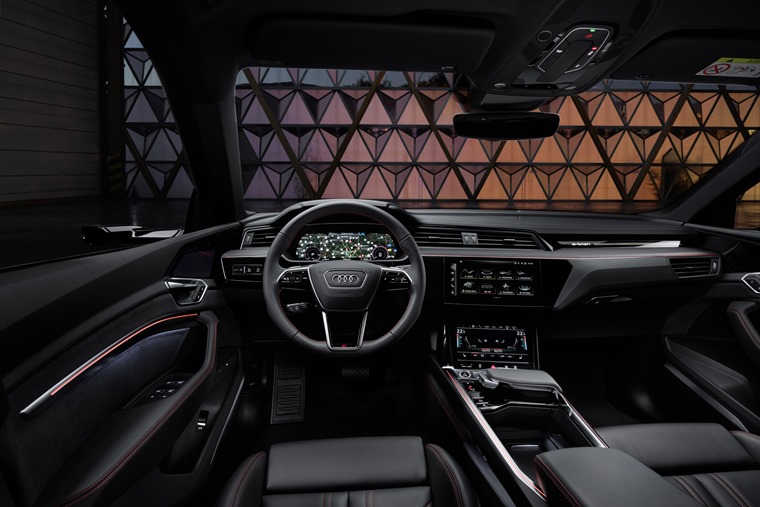 The interior is, like the styling, a development of the current e-tron. The eagle-eyed will note there’s some fresh trim along with a new steering wheel design, but tech-wise, things remain pretty much the same as before.

That means the driver gets a stunningly vivid driver display as standard, while the 10in infotainment system is as slick as ever to use – Audi’s fantastic voice command system is standard on all models.

There’s also the 9in screen nestled between the infotainment display and the centre console – this contains all the controls for climate control, heating and ventilation. 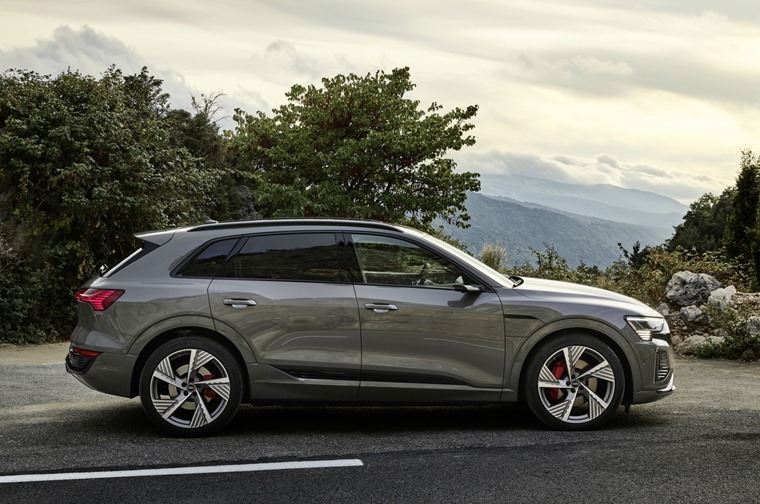 The biggest news is that the Q8 e-tron will be available with a new, larger battery option that will provide up to 343 miles of range. However, all models get two motors and an all-wheel drive system as standard.

From launch, you’ll be able to choose between the Q8 e-tron 50, and Q8 e-tron 55. The former provides 340hp and gets an 89kWh battery pack. It packs enough punch to take the SUV variant more than 280 miles between charges, while the Sportback manages an impressive 295 miles.

The 55 model, however, introduces an all-new 106kWh battery pack that offers up to 330 miles in the SUV, and 343 miles if you opt for the Sportback. Combined with its punchier 408hp motors, it’s the one to go for from launch.

Down the line, however, Audi has confirmed there’ll be an SQ8 e-tron which will have upwards of 500hp. More details on that as soon as we hear more. 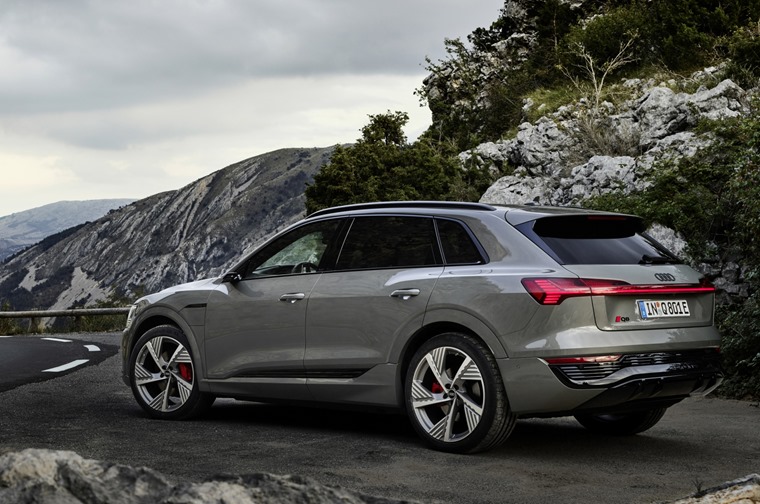 Set to hit the market in the coming weeks, deliveries will commence in the Spring months of 2023. We’ll bring you prices and further details as soon as we hear more. In the meantime, you can browse Audi’s that are available right now, by hitting the button below.