BMW has given us a glimpse of its upcoming flagship SUV that’s due to be revealed at the end of November.

Details are still scarce, but here’s what we know so far. 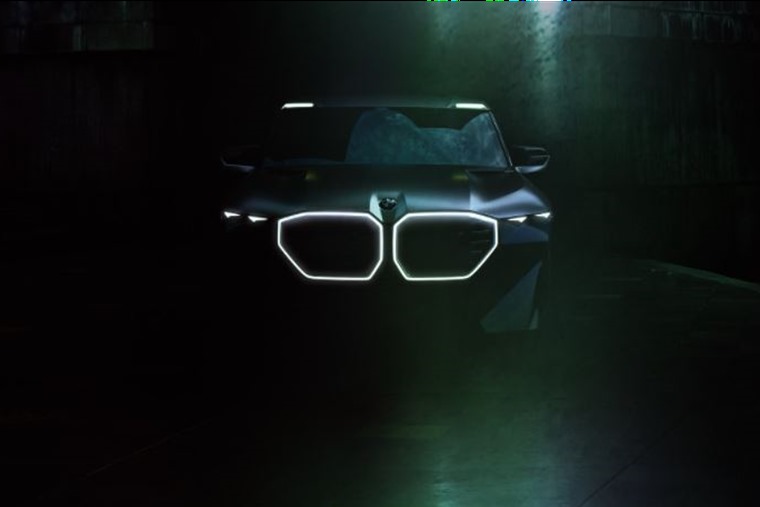 The single teaser image reveals the front end of the new model, which shows it gets the same huge grille as recent models like the iX.

The trademark kidney grille seems to have a surround made up of LED lights too, while the headlights and daytime running lights flank the angular bonnet line.

The car will bear the M badge, and rumours suggest it’ll be called the XM – but that’s still to be confirmed. Expect the car to be larger than the iX and will sit at the very top end of the brand’s SUV line-up.

There’s no news on powertrains yet, but we reckon it’ll feature a mild-hybrid version of the brand’s fiery twin-turbo V8 motor, with other smaller engines likely to follow.

Set to be built exclusively in BMW’s American-based Spartanburg plant, we’ll bring you further details as soon as they’re revealed. In the meantime, you can compare BMW leasing plans by clicking on the button below.