Hit the button below to compare deals, or read on for all you need to know. 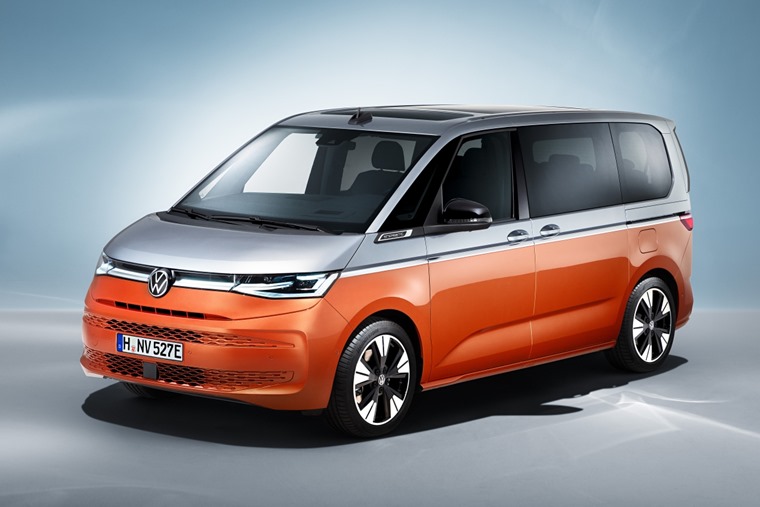 The Multivan marks a breakaway from Volkswagen vans of the past, mainly because it sits on the MQB platform. This means its looks are somewhat different than the Caravelle’s, with a longer bonnet.

A sleek set of bumpers and redesigned headlights ensure it stands apart from its predecessor, and it even gets a light bar running across the front grille – just like the ID.3 and latest Golf.

Around the back, stacked lights are replaced by horizontal units that sweep into the tailgate, while other options are likely to include large 19in alloy wheels along with contrasting paint schemes as shown in these images. 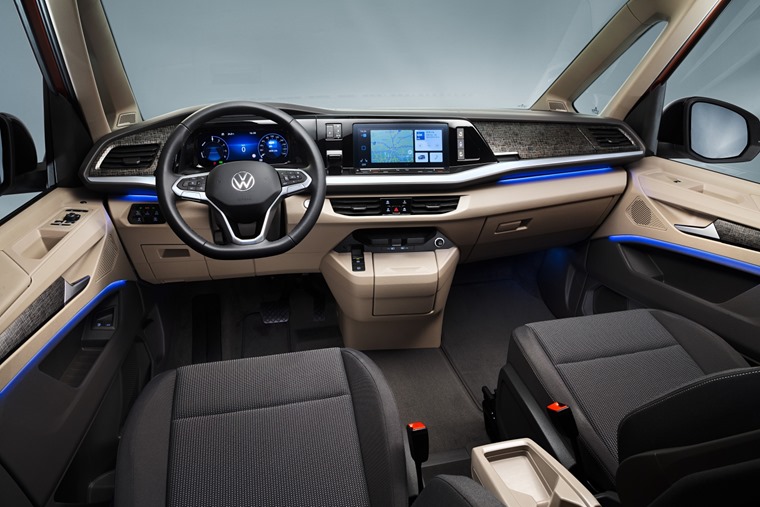 Another key advantage of using the MQB platform is the fact the interior is full of tech. You’ll find a large 10in digital driver display and a 10in infotainment system on all models. The system comes with Volkswagen’s “Ready 2 Discover” software.

Being the passenger variant, the Multivan features flexible seating for up to seven in the rear section. An innovative multi-function table is also available, with the flexible system running on a track between the seats.

Behind the third row of seats you’ll find 469 litres of luggage acapacity, which increases to 1,844 litres behind the second row. Without any rear seats, full cargo capacity stands at 3,632 litres. 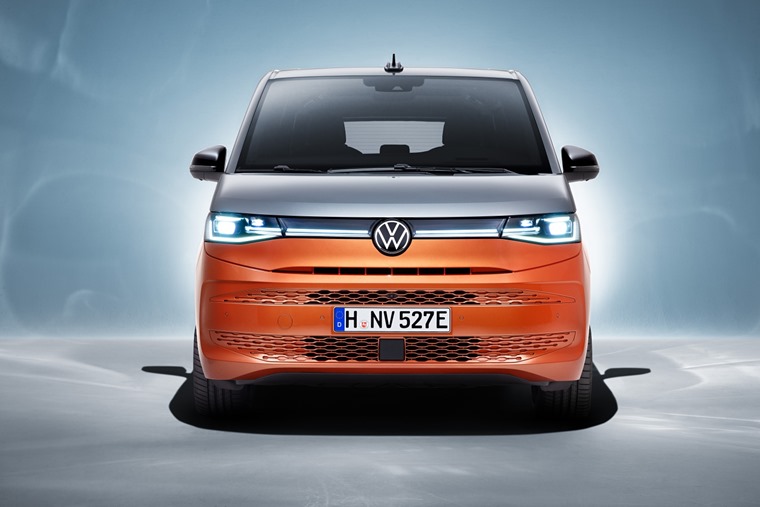 From launch, the Multivan will be available with a host of petrol engines. A 1.5-litre engine produces 150hp, while the 2.0-litre version ups this to 200hp.

A diesel will also be available later, as will a plug-in hybrid. Set to feature an 85kW electric motor and 13kWh battery pack, range and power is to be confirmed.

We’ll bring you further details as and when we hear more. 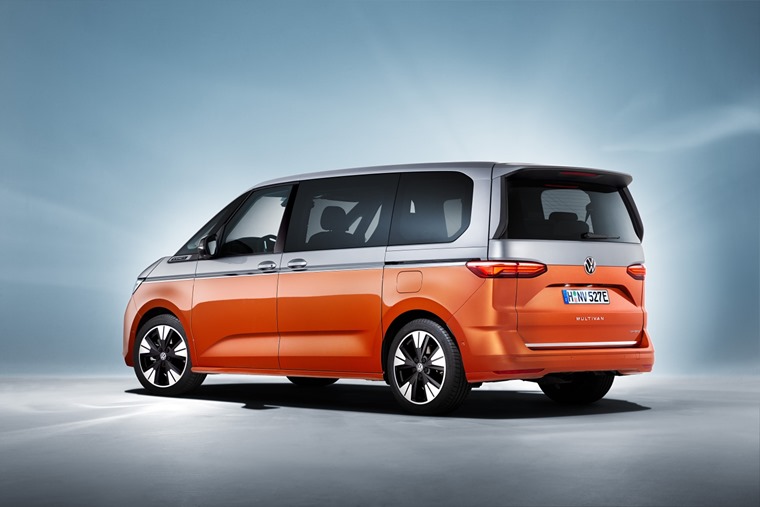 List prices range from £43,160 to a maximum of £59,515, and order books are now open. Deliveries are set to commence in the coming months.

Hit the button below to compare the widest selection of Multivan leasing plans in the UK.