Enormous and extraordinarily capable. It’s more expensive than budget competition such as the Hyundai Tucson or Ford Kuga, but more affordable than true premium models such as the BMW X3. 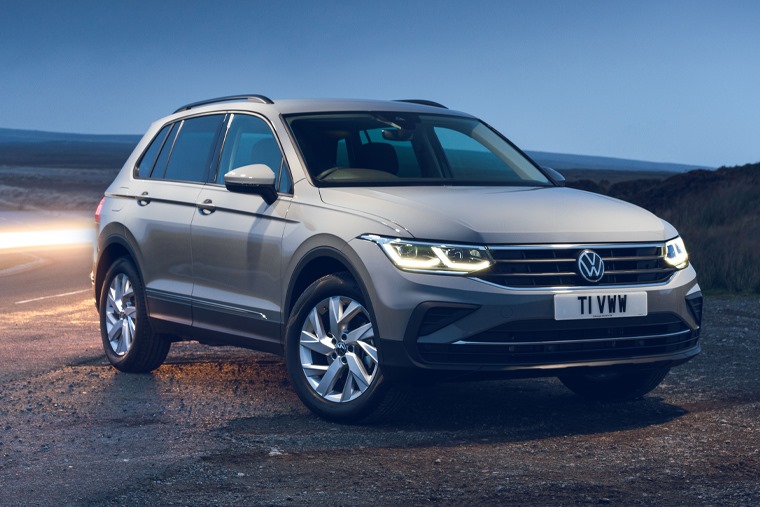 Massive sales success doesn’t always indicate a good car, but in the Tiguan’s case it’s well deserved - it excels in build quality, practicality, and ease-of-use. The latest model is also pretty high-tech, and it has one of the widest model ranges on sale - with inexpensive, low-powered petrol and diesel engines at one end, right up to a pragmatic plug-in hybrid or hot R performance model at the other.

The Tiguan is available in a wide choice of trim levels, too. Basic cars come with everything you’d need on a daily basis, but top models are lavishly equipped with everything from digital dials to a semi-autonomous cruise control capable of driving and steering the car on the motorway. 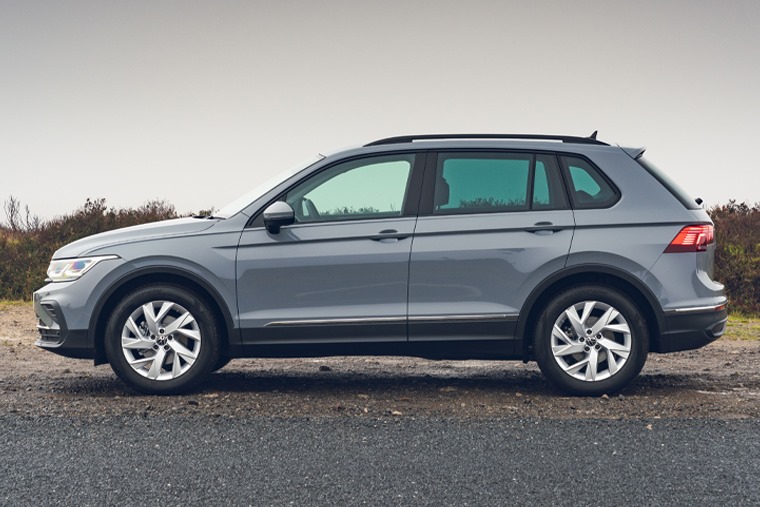 Volkswagen prices the Tiguan in a curious middle ground - it’s more expensive than budget competition such as the Hyundai Tucson or Ford Kuga, but cheaper than true premium models such as the BMW X3. Think of it as the M&S of SUVs.

The Tiguan is available with a wide range of engines. It’s expected most drivers will opt for one of the mid-range 148bhp models, either petrol or diesel - these are both excellent choices. The 1.5-litre TSI petrol would be our pick, though, as it’s very smooth and efficient without any underlying diesel rumble. 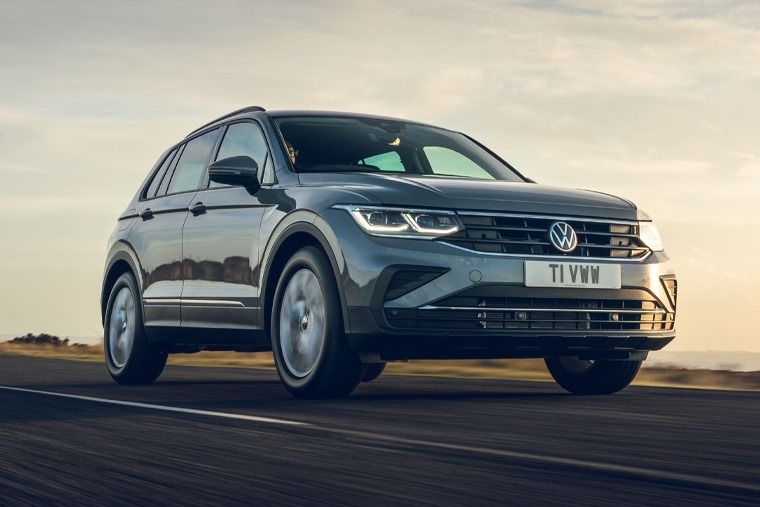 Lower-powered models are available, but prove rather sluggish in operation. Meanwhile, higher-powered petrol and diesel engines do improve performance, but at the expense of a higher purchase price and lower fuel economy.

Performance models aside, all Tiguans major on comfort, with supportive seats and suspension that soaks up every bump in the road with ease.

The Tiguan eHybrid proves itself to be a highly economical choice, and though it’s expensive to buy it may just be one of the best plug-in hybrid SUVs available on the market today. For thrillseekers, there’s also the high-powered Tiguan R. 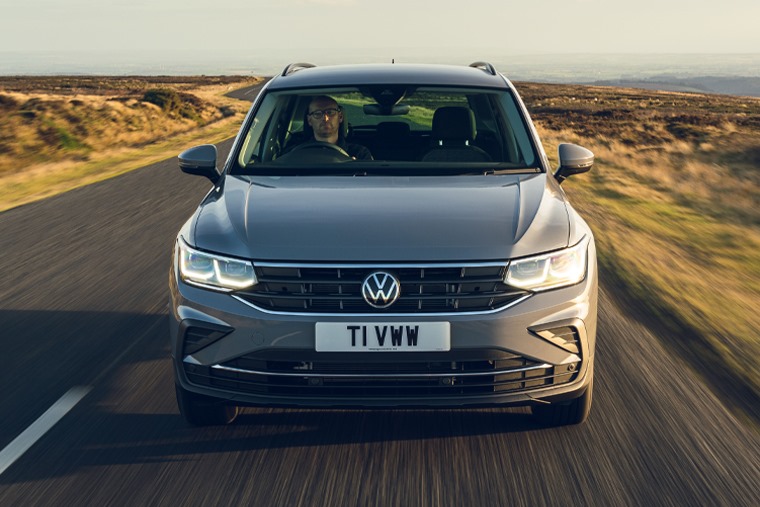 Performance models aside, all Tiguans major on comfort, with supportive seats and suspension that soaks up every bump in the road with ease. It handles well enough, with plenty of grip, but it doesn’t encourage fast cornering as the steering is very light.

First, the good. The Volkswagen Tiguan is extremely spacious, even by the standards of family SUVs. There’s room for four adults in comfort, and even five if you squish them slightly across the wide, flat rear bench. Of more importance is the ease with which you can install child seats, thanks to easy-to-reach ISOFIX mounting points and wide-opening rear doors. 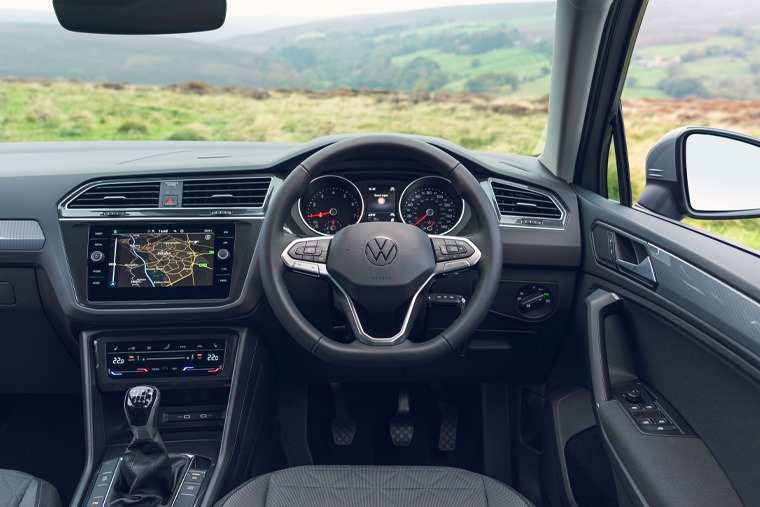 The boot is enormous, too, with 615 litres of space - you won’t struggle to pack for the family holiday. The opening is wide and the space inside is flat and unobstructed, while the rear seats fold out of the way to extend it with ease.

Volkswagen always uses high-quality materials for its interiors and screws them together with care.

Perceived build quality is another high point. Volkswagen always uses high-quality materials for its interiors and screws them together with care, and the end result is that you’re highly unlikely to find any squeaks or rattles from the interior of your Tiguan.

The 2020 facelift did add some features we’re not too keen on, though. The climate control panel has ditched easy-to-use knobs and buttons for touch-sensitive pads, and they simply don’t work as easily or intuitively. The same goes for the touch-sensitive pads on the steering wheel - thankfully, this is limited to top-end models and won’t bother most buyers. 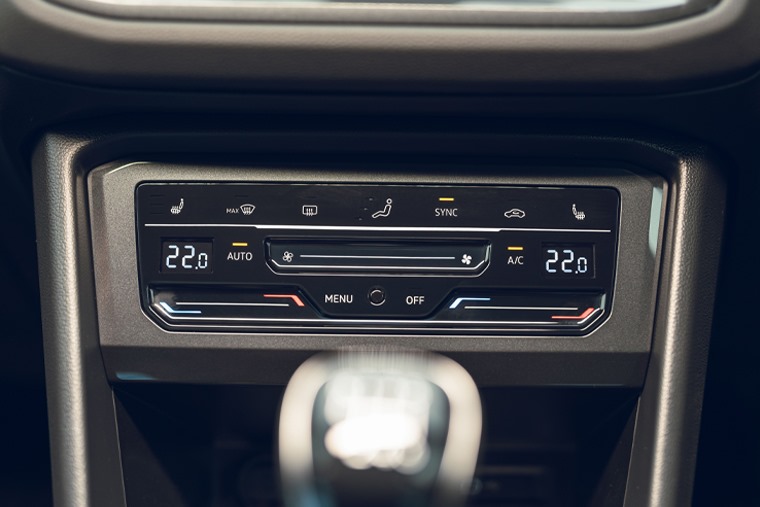 Thankfully, not all the changes were negative. The addition of Volkswagen’s latest infotainment system is a great one, as it’s slick and works beautifully, and plenty of people will enjoy having high-tech digital dials in front of them, too.

It brings a little more class than its budget rivals, but without its price leaping up to the premium echelons of SUV society.

The Volkswagen Tiguan isn’t an exciting car but it’s an extraordinarily capable one, well worthy of slotting into family life. It brings a little more class than its budget rivals, but without its price leaping up to the premium echelons of SUV society.

With so many engines and trim levels to choose from, too, it’s easy to find the Tiguan that suits you best.