Say hello to the new-and-improved Honda Civic Type R. The new Civic range gets a new look, improved infotainment and will be available with several hybrid drivetrains.

The Type R, however, features several sporting enhancements. All models are now available to lease, with deliveries expected to commence in the coming months.

Click on the button below to compare prices, or read on for everything you need to know. 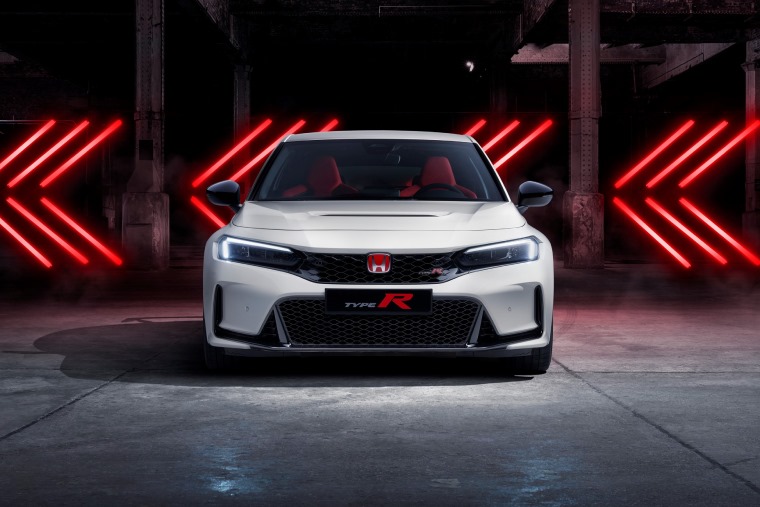 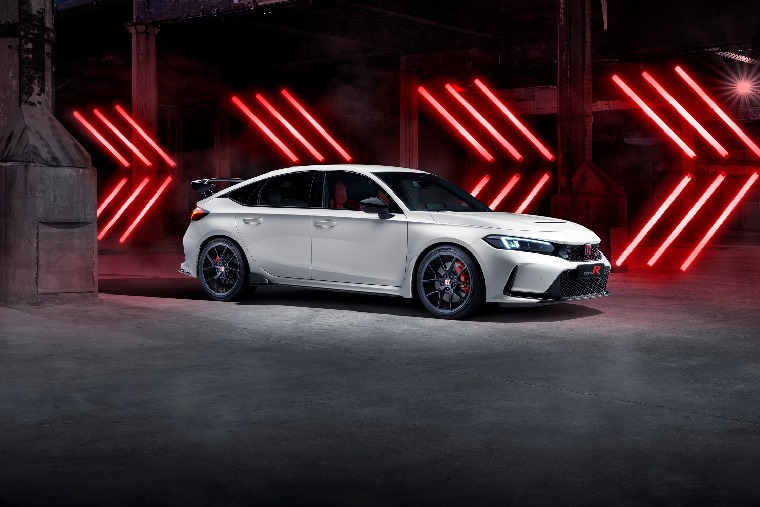 Externally, the pictures reveal the next Honda Civic will very much be a development of the current car. Going somewhat against the grain, the new car appears to have gained a smoother and less angular appearance.

Unlike the Honda Civic e:HEV, the Civic Type R adopts a sportier look and feel, sitting lower to the road and having a wider stance ties in the unique driving experience the Civic has always promised to provide.

The headlights are slightly softer but combined with the grille designed to maximise airflow (with additional bonnet vent) and rear diffuser (designed to increase aerodynamics and contributes to downforce) it’s still obvious that it is related to the current Civic Type R, just much less ‘busy’.

Round the back, a full-width light bar has been added, as has a new bumper. Honda also increased the wheelbase by more than an inch. This will boost legroom and allows the car to have a more fastback look.

You can choose from the following paint options: 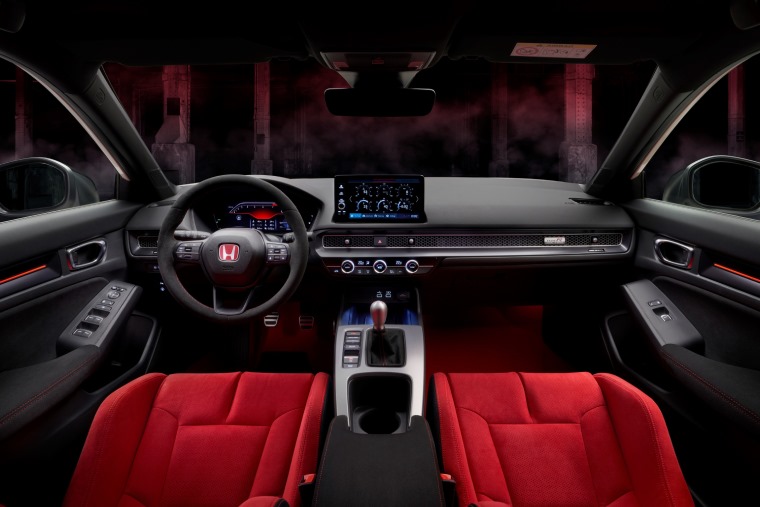 The inside continues the Type R red trim on finishes and has a freestanding 7in touchscreen infotainment system – likely a development of the current car’s which is compatible with Android Auto and Apple Car Play. A 9in upgraded unit will also be available.

The driver can now sit much lower to the floor which is sure to give you that immersive experience. Front Sport seats are upholstered with a suede-effect fabric. They’ve been carefully considered and designed to support the driver’s posture and comfortability to match even the fussiest of driving personalities.

The driver now benefits from a 10in digital display as standard, while the steering wheel and buttons have been updated too. There is a new driving mode to choose from too, called ‘Individual Mode’ and can be selected instead of Comfort, Sport and +R modes. The new mode is said to allow a personalised experience with the option of customisation.

The dashboard design means the infotainment has moved – in the middle portion, you’ll now find a stylish trim piece that incorporates the air vents in the centre and passenger side. 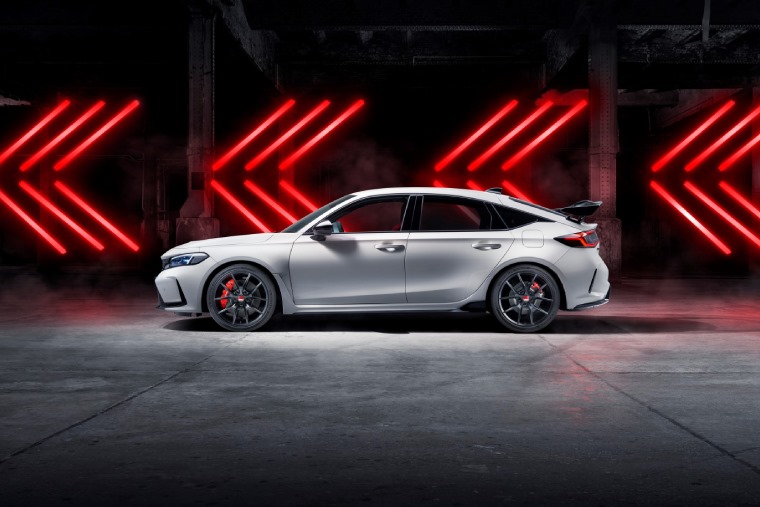 Continuing from its previous engine, the new Civic Type R will utilise the 17YM engine which has been refined to deliver the fastest drive in the history of the Civic. The turbo has received its own housing which is said to improve the overall unit efficiency.

The six-speed manual transmission helps the driver to feel more in control of the vehicle, with a rev-match system integrated to aid in perfect revs when shifting down.

The hot Type R snapped above is set to launch after the standard range, and will feature the same 2.0-litre turbo VTEC engine used in the current model. However, enhancements include mild-hybrid tech and more power – up to 350hp according to sources.

It gets the usual aggressive bodykit to feature, along with internal tweaks that make the Type R model special than the standard car. The new Type R has already been setting lap records, having taken top position for front-wheel drive laps at Japan’s Suzuka circuit. 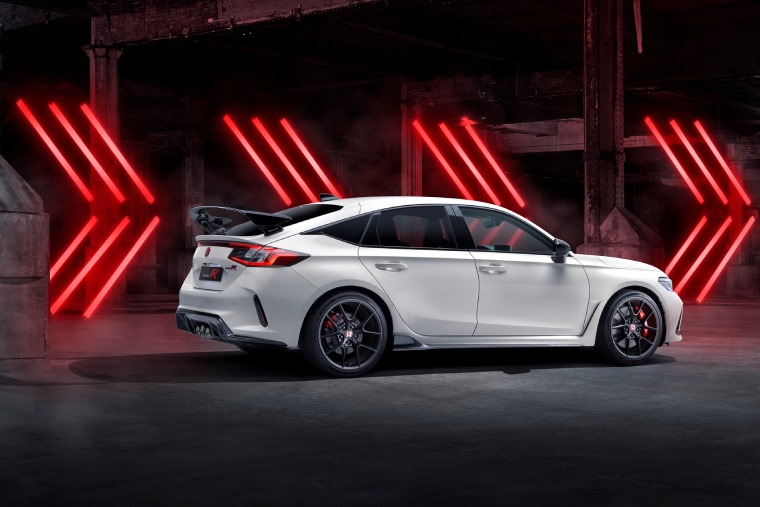 The Type R – along with the rest of the Civic range – is now available to lease. Hit the button below to compare hundreds of deals from the UK’s most trusted leasing companies.