The Honda HR-V will get a list price of of £26,960 when it arrives in the UK later this year, with first deliveries set to commence before the end of the year.

Set to compete with the latest Nissan Juke and new Hyundai Bayon, here’s what you need to know about this new hybrid-only car. 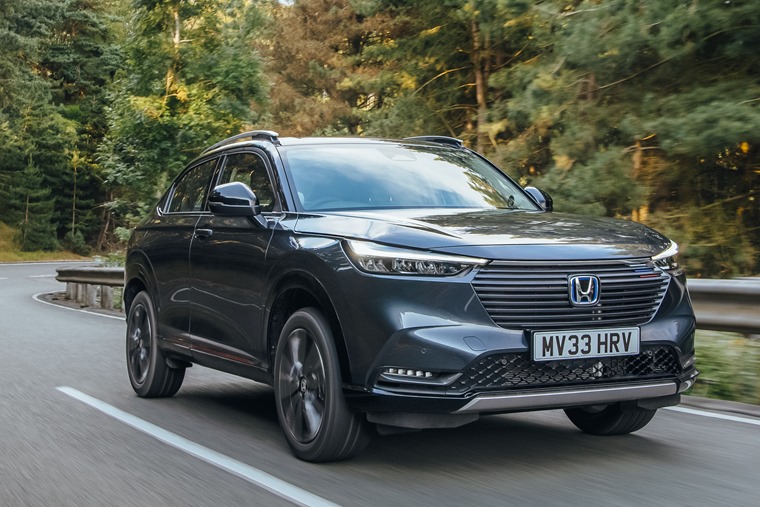 The Honda HR-V has been given a full makeover on the outside, marking a noticeable departure from the styling of its predecessor.

Up front, there’s a much slimmer set of headlights, while the grille dominates the bumper. The bonnet appears longer too, while at the rear there’s now a lightbar running the full width of the vehicle.

At the rear, Honda has given the HR-V a coupe-like style, thanks to a raked rear windscreen. The Japanese carmaker says its aim was to give the HR-V a minimalist appeal.

On the inside, Honda has focused on providing a spacious, airy feel. It’s done this up front by giving it a flat dashboard design and ensuring the windows are as large as possible. Combined with the flat bonnet, it gives occupants great visibility.

The position of switches and controls have also been chosen to boost ergonomics and ensure everything falls to hand hand is in the driver’s line of vision. In the rear, the boot floor is completely flat, enabling easier loading of large items.

The feature that may have the greatest impact on the overall interior environment for passengers is also the most subtle. The unique Air Diffusion System introduces a new concept of air conditioning, with L-shaped vents positioned in the top corners of the dashboard delivering the restorative effects of a natural breeze to all occupants.

A dial is provided to switch seamlessly between 3 modes - the normal outlet with forward-directed air flow, the Air Diffusion System which creates a new gentle flow of air, and close which shuts off the air.

Honda promises “class-leading interior space, with four adults able to sit in maximum comfort”. Honda’s Magic seats will also be on offer – a feature that will ensure the HR-V remains as versatile as ever. 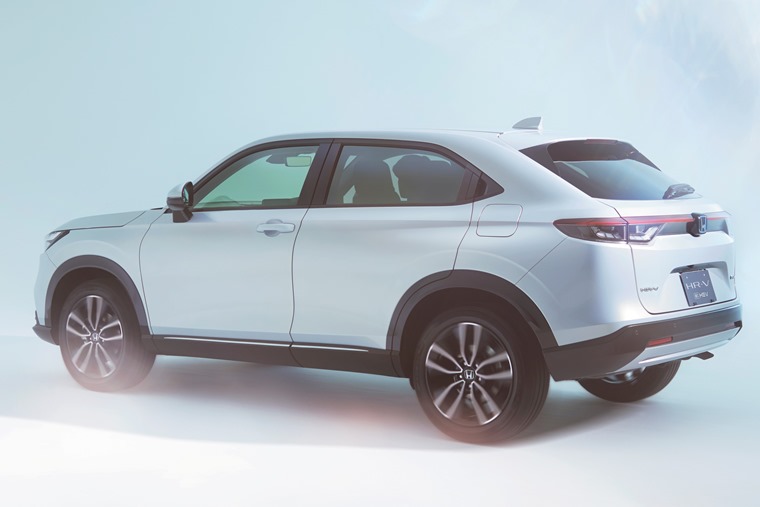 There’s a raft of new safety tech on offer with the HR-V, including new cameras at the front that actively look out for pedestrians and can activate a collision avoidance system quicker than before.

Adaptive cruise control is on offer too, which is more efficient and capable than previous systems we’ve seen from Honda. 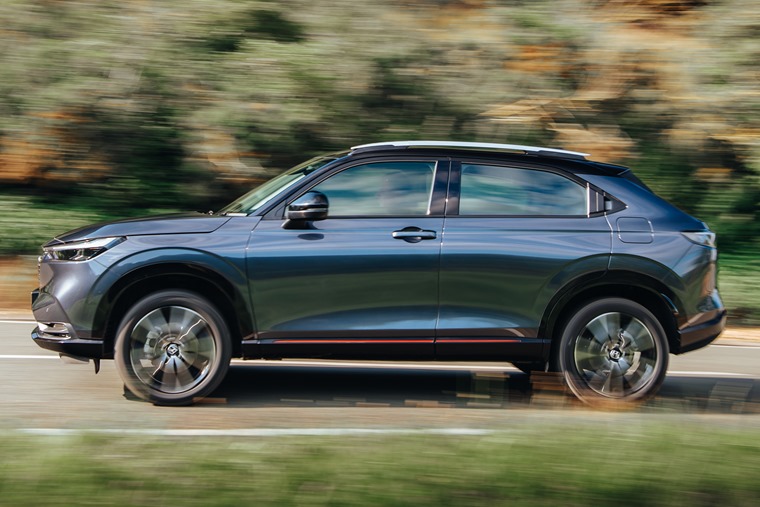 The HR-V is now hybrid only, featuring the brand’s e:HEV powertrain. We’ve already seen it in use in the new Jazz, featuring a 1.5-litre petrol engine and two electric motors. The battery pack is a little more powerful than the one used in the Jazz though, and the combined output is higher too.

It produces 130hp which can get it from 0-62mph in under 11 seconds. Official stats stand at 52.3mpg and 122g/km of CO2 respectively. The efficiency is achieved by the car intuitively switching between several modes: Electric Drive, Hybrid Drive and Engine Drive.

The driver will also get three modes – Sport, Normal and Econ. This affects things such as the regenerative braking force and acceleration, depending on how you want the car to perform. 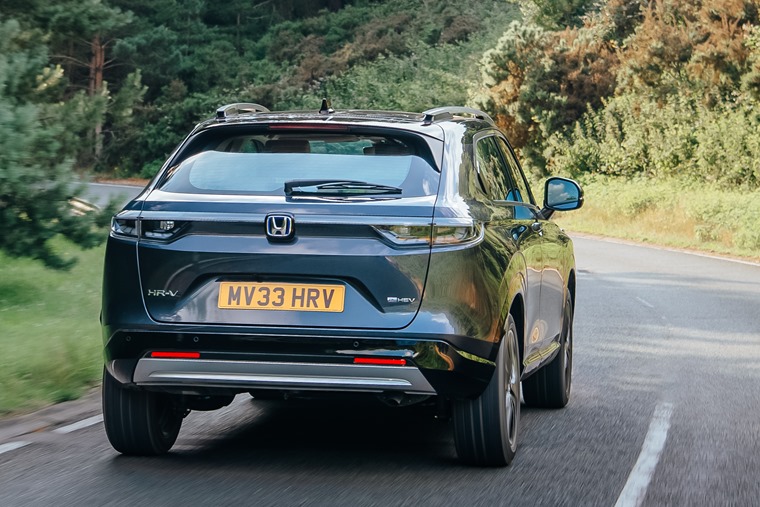 No exact launch date has been given yet, although we expect the HR-V will be available to order before the year is out.

Priced from £26,960, we’ll bring you more news and leasing plans as soon as they are released.