BMW 2 Series Coupe 2022: Everything you need to know

Say hello to the all-new BMW 2 Series Coupe.  Set to arrive in 2022, it features rear-wheel drive and will be available as a potent M240i model.

It was officially revealaed last year, with the M240i taking pride of place on BMW M division’s stand at the Goodwood Festival of Speed. Here’s everything you need to know about the new 2 Series range.

As far as BMW refreshes go, this is quite a big one. The coupe gets an all-new look. Up front, there’s a long rectangular grille that’s more angular than before.

It is flanked by an equally angular set of LED headlights, while the bumper has squared off air intakes and looks more imposing than before.

The side-profile looks much the same as before, with just a few tweaks to the crease lines. At the rear, however, changes are more interesting.

There’s a completely new tail light design that borrows its cues from other recent BMWs, while the back is finished off with two huge exhaust pipes exiting into the rear splitter. 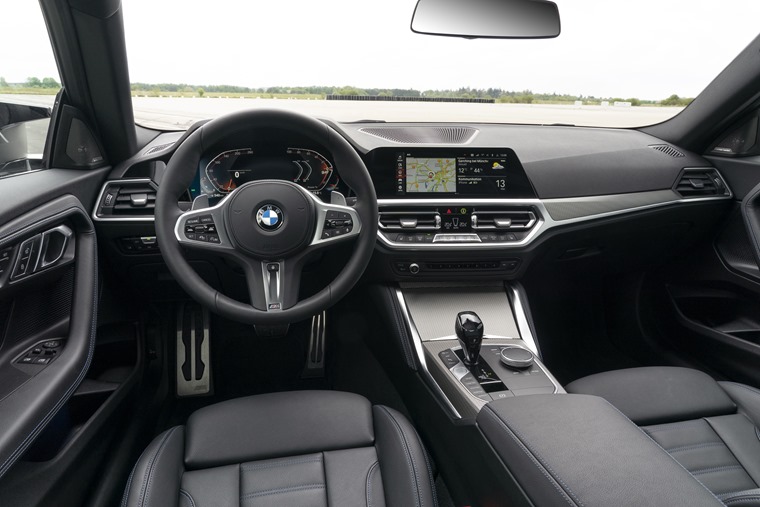 If you’ve sat in the latest 3 Series, you can consider the 2 Series’ interior a scaled down version of that. It gets the same dashboard layout, with a 10in touchscreen infotainment system as standard.

BMW’s 12in digital driver display is present too, replacing analogue dials and giving the driver key info about the car and journey. These systems feature BMW’s latest iDrive software, meaning they are remotely updated over the air, which is handy.

From launch, several variants will be available. The entry-level model will be the 220i which features a 2.0-litre petrol engine producing 184hp. It can get from 0-62mph in less than eight seconds and is quite economical, attaining 45mpg.

The 220d is the entry-level diesel option, with 190hp. It also gets a new mild-hybrid system that’s designed to cut emissions and boost efficiency. It’s capable of around 60mpg and is actually quicker to 62mph than the petrol; 6.9 seconds. 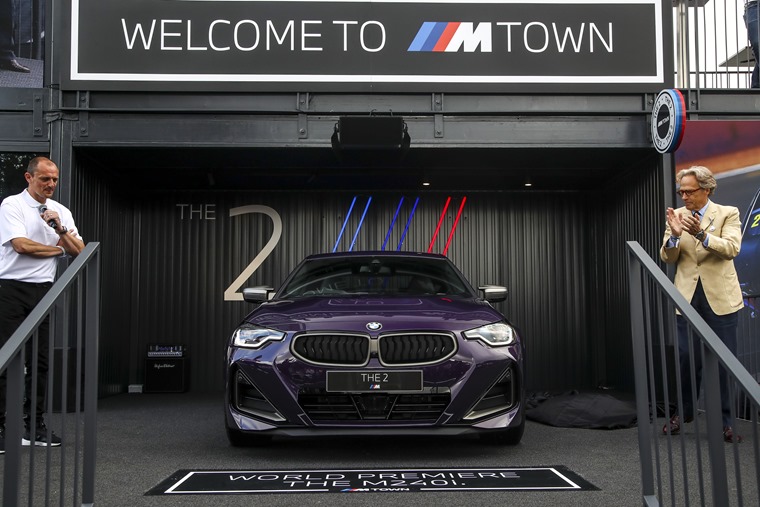 More versions are likely to feature down the line, but we already know a potent 3.0-litre M240i version will be available. The M240i was officially unveiled at the Goodwood Festival of Speed in all its purple glory.

Producing 370hp and featuring all-wheel drive, this fiery coupe will get to 62mph in less than five seconds. The full reveal can be seen in full in the video below.

We’ll bring you leasing plans as soon as they are available, but in the meantime, you can check out some great deals on the current model via the link below.