With the regular i10 having had its reveal at the Frankfurt Motor Show last year, Hyundai has announced pricing and spec of its performance-inspired i10 N Line city car. 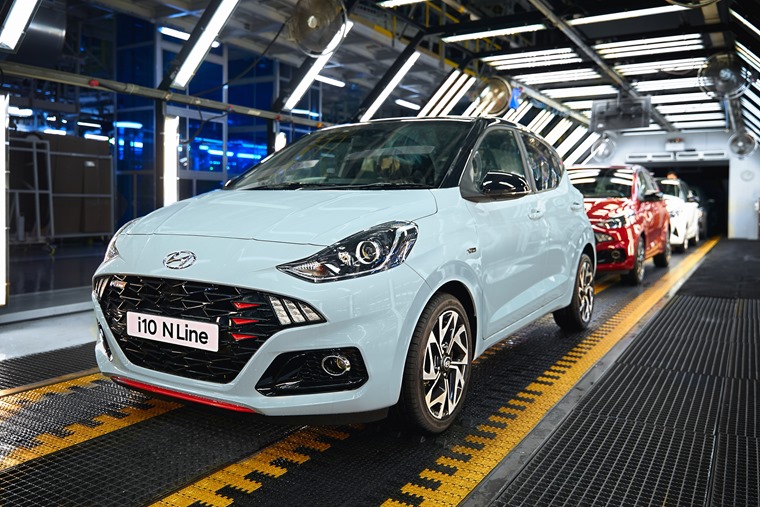 Priced from £16,195, the i10 N Line is inspired by the design of Hyundai's i30 N hot hatch and as a result features similarly redesigned bumpers, front grille and angular LED daytime running lights while at the rear dual chrome exhaust tips and a rear skid plate feature. On the inside it receives an N-branded steering wheel and gear stick along with rear privacy glass.

As well as styling, i10 N Line also introduces a number of powertrain and chassis changes. These include the introduction of a three-cylinder 1.0 T-GDi petrol engine with 100PS and 172Nm of torque, giving a 0-62 time of 10.5 seconds. Chassis changes for i10 N Line include an increased spring rate, longer rear bump stops and new rear shock absorbers with enhanced compression control.

Away from styling and performance, the i10 N Line features the same level of standard connectivity. This includes Bluetooth with steering wheel controls and voice recognition and an 8” display audio system with Apple CarPlay and Android Auto.

Everything you need to know about the standard Hyundai i10 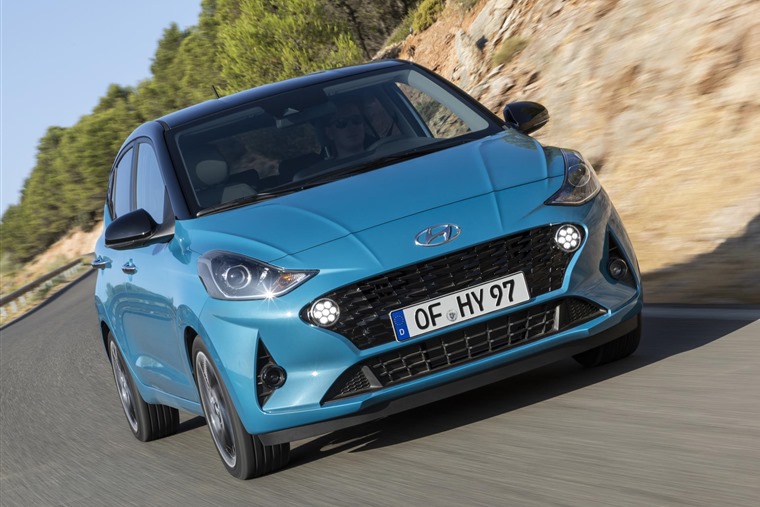 Priced from £12,495, the third-generation of Hyundai’s i10 city car has been completely redesigned with a new look and serious tech upgrades.

Compared to its predecessor, the all-new i10 has enhanced proportions, with its visual stance improved by a lowered roof (20mm), wider body (20mm) and longer wheelbase (40mm). Newly-designed optional 16in alloy wheels further give an energetic and agile look.

On the outside there’s a completely new look, with the front featuring a more angular design. There’s a cascading grille design, slimline headlights and, round the back, the rear swoops up to give the appearance of a floating roofline. All this helps give the i10 a more upmarket look. 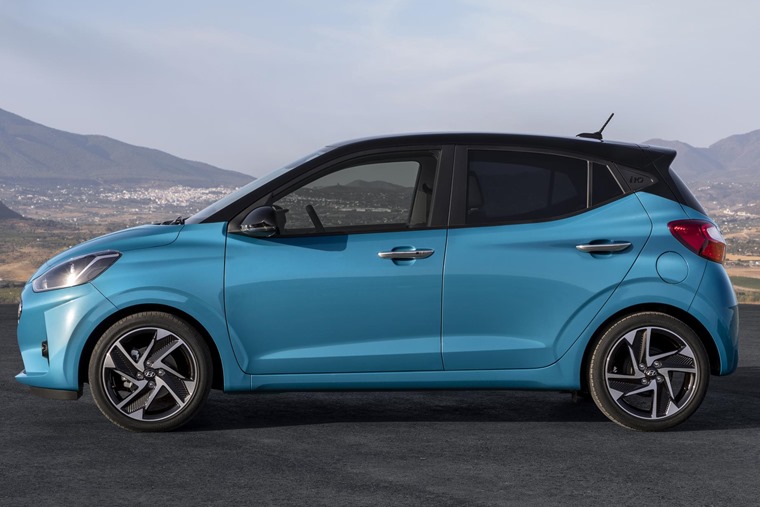 In the cabin, things are equally new. There’s a completely overhauled dashboard design that now features an 8in touchscreen display on mid-range models. Slim air vents have been carried over, however, while overall the dash gets a much cleaner look than previously.

The new infotainment system features an app that allows drivers to find parking and fuel, before sending it to the car’s satnav. It’s also fully compatible with Apply CarPlay and Android Auto – something not all its rivals can boast. A rear-view camera is also available. 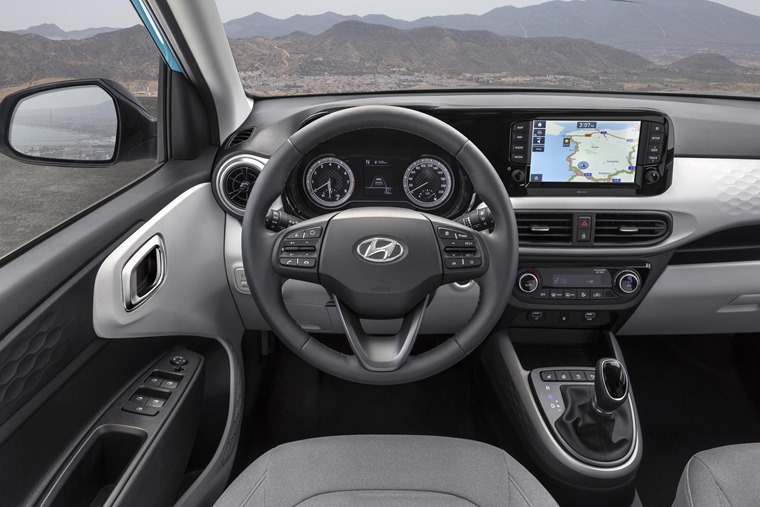 The i10 also features a plethora of safety tech as standard, the highest levels within the A segment, including forward collision-avoidance assist and high beam assist. A lane-keep function and speed warning system are also offered as optional extras.

Space has increased too, with the i10 available in four- and five-seat form. The boot now offers 252 litres of capacity – one of the best in its class. Thanks to the longer wheelbase rear passengers get slightly more leg room than before too. 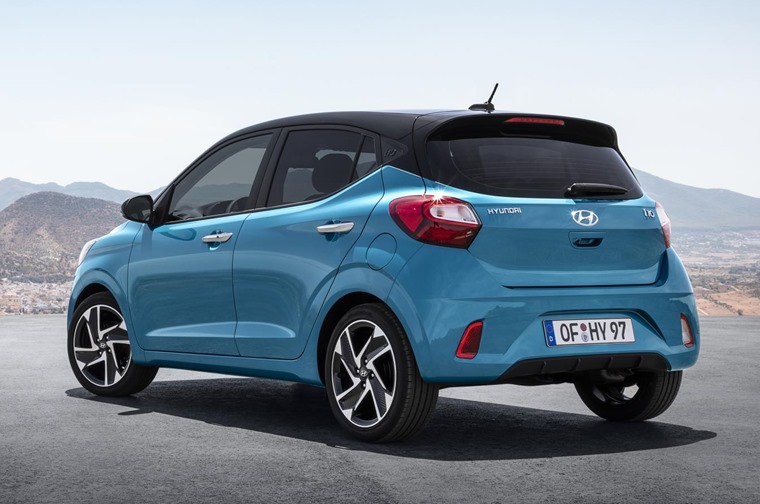 Mid-level i10 SE Connect (£13,495) adds 15in alloy wheel, 8in touchscreen, rear-view camera, smartphone mirroring and can be offered with either the 1.0-litre engine detailed above or a 82hp 1.2-litre petrol engine with five-speed automatic.