How much does cold weather reduce an electric car’s range?

Electric vehicles are hitting the market thick and fast, and here at Leasing.com we’ve seen EV enquiries increase dramatically over the last year. But let’s be realistic, compared to petrol, diesel and hybrid power, pure EVs still aren’t seen as the perfect form of transport by everyone.

Recharging times are a bugbear you’ll hear alluded to a lot, while some EVs have a limited range meaning they aren’t suitable for everyone. When it comes to the latter, one hurdle that needs to be overcome is actually quite a simple one: Weather. Specifically, extremely cold weather. 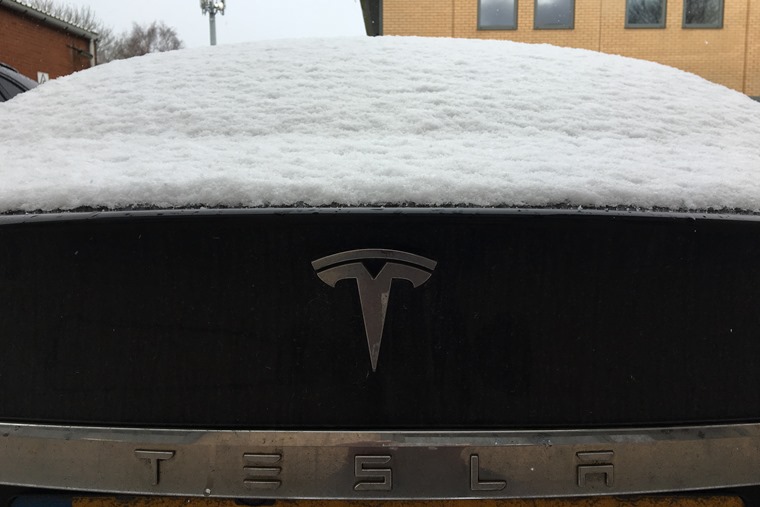 One sentiment we always come across is: “Yeah, but what will the range be like on a freezing, dark morning in Stoke with the heater blowing and headlights on?” Ok, petrol and diesel engines might suffer from reduced fuel economy in winter too, but it’s true, the issue is nowhere near as pronounced as it is with an all-electric vehicle. Or is that not the case? So let’s investigate.

Why do EVs have a reduced range in winter?

Ever driven an older car? Ever had a problem starting it on a cold winter's morning? Nine times out of ten it’ll be a battery-related problem.

It’s more likely to occur in the colder months, as batteries just aren’t as effective when it gets cold. Without getting too technical, battery cells rely on a series of chemical reactions, and cold weather slows these reactions down.

Admittedly a brand-new EV featuring the latest lithium-ion tech is a far cry from an old banger that can’t even turn over the starter motor, but the basic principal remains the same; a cold battery will discharge more quickly and produce less power than the same battery operating in balmier climes. So, what to do?

Manufacturers add a host of clever tech that ensure the batteries are kept at optimum temperature, namely in the form of thermal control systems. These use liquid to keep the battery pack nice and toast which, while keeping them in good working order, pose a bit of a Catch-22 because these systems draw power from the same batteries they are heating.

In fairness, car makers are quite upfront about reduced ranges in cold weather in the past, with Volkswagen even providing a handy online calculator that show you how much the range of their EVs are reduced by temperature, using certain features and speed. 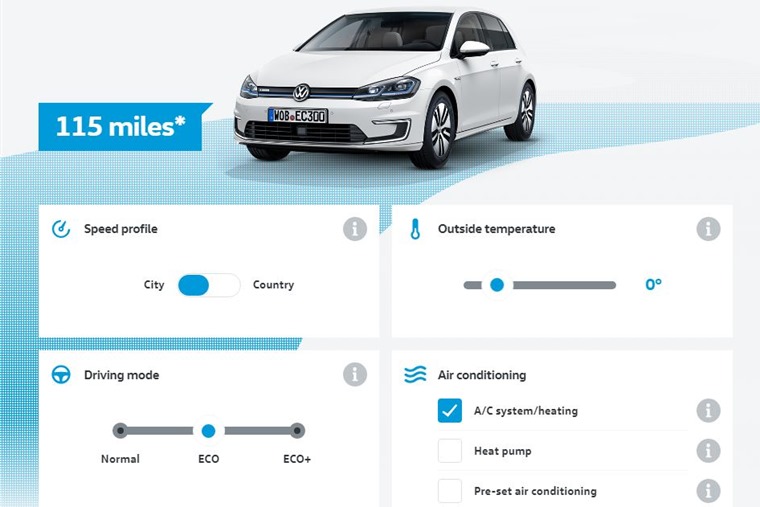 Below is a table compiled from Volkswagen’s data, that gives you an idea of how temperature affects its e-Golf when being driven in the city in ECO driving mode.

We’ve included figures for driving with heating/AC on and off – another thing that can affect your range.

But what about the newest EVs?

Looking at the above figures of the e-Golf, it’s clear that EV range is affected by the weather, with range reducing by potentially 52% in the e-Golf’s case. But technology is constantly improving, and a recent investigation by the Norwegian Automobile Federation (NAF) has thrown further light on the situation.

You may think that people who live in colder climes would steer clear of EVs, but that’s not the case. Norway, among other northern European nations, has seen record EV registrations in recent years. And who better to confirm how much cold weather can reduce range?

The NAF recently undertook what must be the biggest winter EV range test to date, and discovered just how much range was reduced on a journey from Oslo to Hafjell. They took in a range of driving conditions including cities, motorways and even mountain passes.

The idea was to run the EVs until the battery was completely empty. On average range dropped by around 20%.

So how can EV drivers maximise range in winter?

It’s worth bearing in mind that there’s a myriad of other variables that can affect range – driving behaviour and terrain being notable examples.

There are a few things EV drivers can do to keep eek out an extra couple of miles out of your EV in winter. These include; 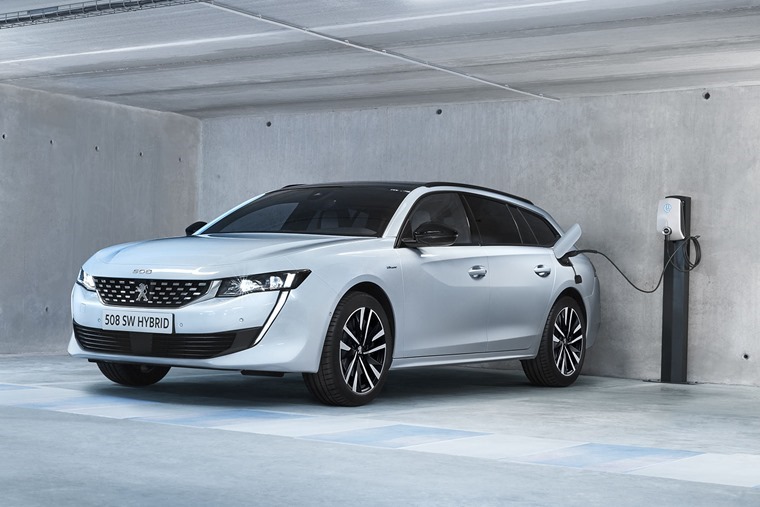 Like pure EVs, plug-ins are hitting the roads in ever-increasing number and, until battery tech is further finessed, they appear to offer a more practical alternative to an all-out electric vehicle.

Their popularity is growing across every segment of the new car market. With their battery packs for emission-free urban driving combined with their efficient internal combustion engines for longer journeys, it’s the perfect stepping stone on the way to full electrification.

We recently ranked plug-in hybrids by electric range – you can read that here. Alternatively, hit the button below to find the best electric vehicle leasing plans.