Forget what the motoring press says. It's easy to embrace what is a comfortable, well-equipped, stylish SUV.

What the world needs is a convertible SUV, said nobody, ever. That’s not stopped manufacturers having a go at it though, starting with the absolutely bonkers Nissan Murano CrossCabriolet.

Land Rover had a strong choice with the Evoque Convertible though, while Jeep continues to make a Wrangler that’s less of a convertible and more an off-roader that can be dismantled. 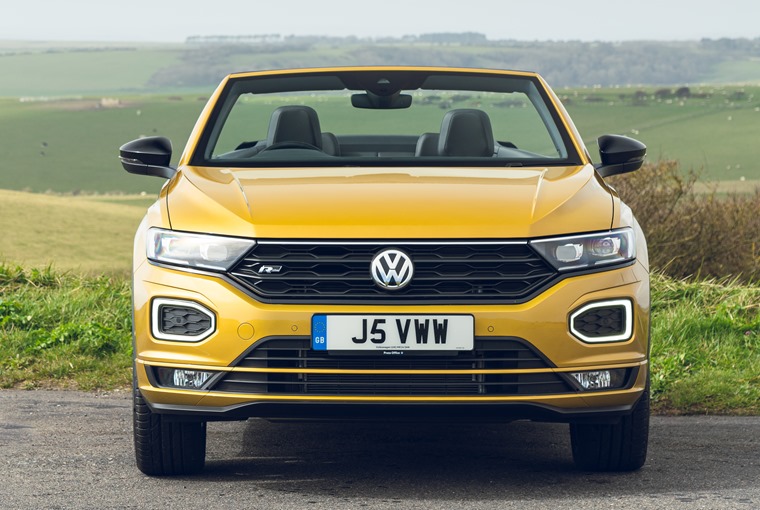 And now there’s Volkswagen, who has taken the midsized T-Roc SUV that’s gone down so well with European buyers, and chopped the roof off.

It’s also slashed the range down, offering the T-Roc Cabriolet in just Design or R-Line specifications, and a choice of either 1.0- or 1.5-litre petrol engines. Whether that’s a mark of caution or a sensible reduction in choice remains to be seen.

What can be seen now is the design choices made in converting the likeable SUV into a soft-top although, even then, you’ll probably miss the biggest change (apart from the missing roof, obviously.)

Squeezing four adult seats into a compact car, and then finding space for a roof to fold into, isn’t an easy task, so the T-Roc Cabriolet is actually larger than the regular T-Roc; the car is now 34mm longer at 4,268mm, with the wheelbase being extended by 40mm to 2,630mm. That doesn’t sound much, but it’s enough to ensure that space inside, despite strengthening measures and roof mechanisms encroaching, is pleasingly acceptable. 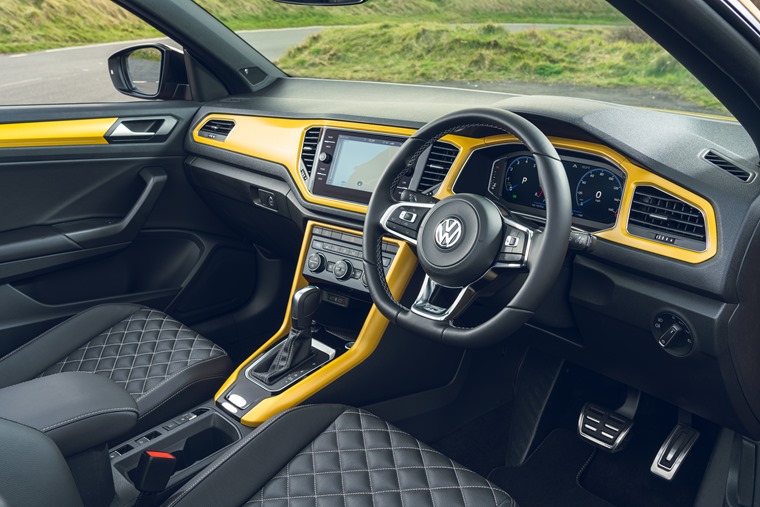 Instead of three seats in the rear, there are just two. They’re positioned in the middle, pointing outwards slightly, so you’ll sit at an angle. While that might feel a bit odd, at least there’s just enough legroom and a surprising amount of headroom.

The R-Line model, tested here, adds some cosmetic touches as well as LED lights and a 10.25in digital instrument panel.

Up front, it’s exactly the same as any other T-Roc, which means there’s plenty of room for two sat behind a generic Volkswagen dashboard that is unexciting but almost perfectly laid out and easy to use. 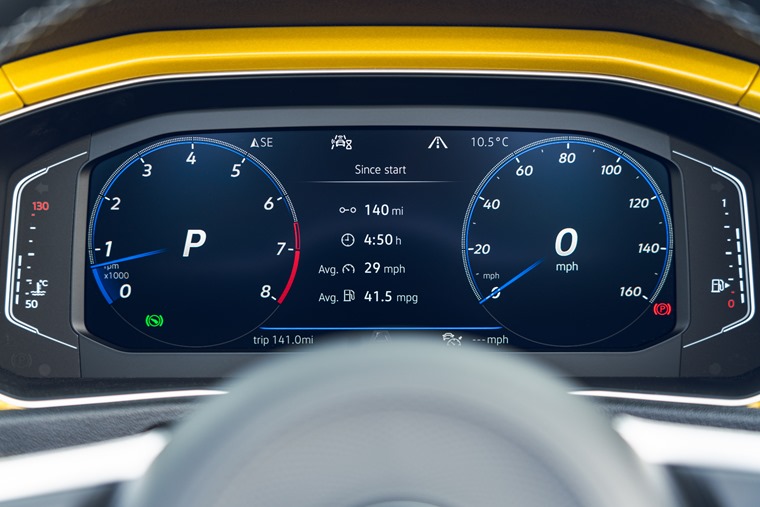 It’s well equipped too, with the ‘base’ level Design coming with climate control, heated electric door mirrors, adaptive cruise control, USB-C sockets everywhere, automatic lights and wipers, and an 8in infotainment screen that allows access to the AB radio, Europe-wide navigation, and wireless Android Auto and Apple CarPlay. Moving to the R-Line model, tested here, adds some cosmetic touches, as well as LED lights and a 10.25in digital instrument panel.

Each comes with a plethora of safety kit including automatic emergency braking, lane-keeping assist, self-parking and, crucially, a pop-up rollover protection system.

Initially, you’ll be impressed at how well the car rides, ably soaking up bumps in urban areas.

Fortunately, I didn’t need that whilst carving a path across Norfolk, a run to the coast that showed up both the positive and negatives of the T-Roc in cabriolet form. Initially, you’ll be impressed at how well the car rides, ably soaking up bumps in urban areas. Then, as speeds increase, it begins to go a bit awry.

Grip levels on the bone-dry roads seem strong enough, but there’s a distinct delay in how the car reacts when you ask it to do something. This saps confidence, as does the fact that the ride quality falls, leaving it jarring over potholes and cracks.

The boot, as you would expect, has shrunk significantly to accommodate just 280 litres of luggage.

Adaptive suspension allows you to switch between Comfort and Sports settings which seems rather redundant - the Sport option stiffens the dampers to a degree that makes the car more uncomfortable, while Comfort at least retains some semblance of order.

The switch to a convertible has created other issues too, but nothing too serious. The boot, as you would expect, has shrunk significantly to accommodate just 280 litres of luggage (the regular T-Roc has 445 litres) and, despite the extra strengthening, there’s still enough flex in the body to be able to see the rear head restraints bobbling around in the rear view mirror independently of what the front of the car is doing.

The T-Roc Cabriolet is, somehow, a car that pleases.

There is an argument to be made that buyers of the T-Roc Cabriolet won’t actually care about any of that. If you’re in the market for a convertible SUV, there really is just this one option, and you’ll accept some compromises to have it on your driveway. 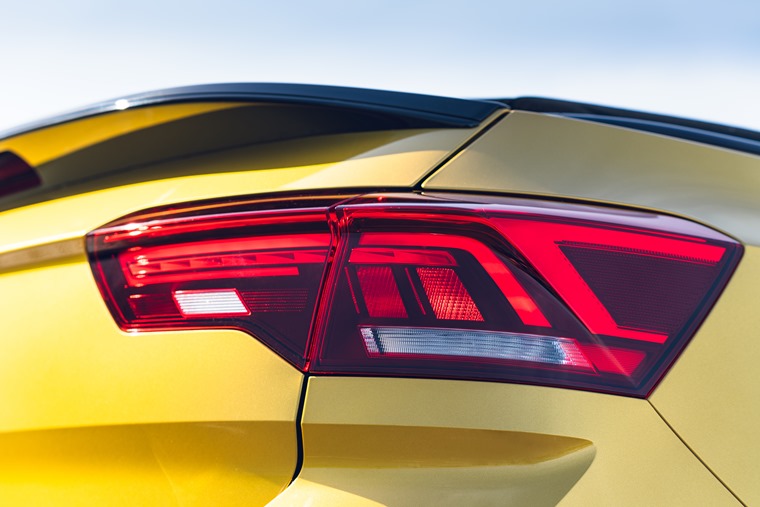 And, truth be told, those compromises aren’t actually that significant - after spending a week with the T-Roc, it won me over, making me rethink my distaste for a compromised, heavy, unnecessary niche-filling machine.

Which is my way of saying the T-Roc Cabriolet is, somehow, a car that pleases.

Forget what the motoring press says (and, as you’re thinking of a T-Roc Cabriolet, you will) and embrace what is a comfortable, well-equipped, potent-enough, style-focused SUV that really lets you shine.

Just do me a favour and stick with the more comfortable Design spec, rather than the hard-riding R-Line. But you won’t, as the R-Line looks cooler.