Jaguar has unveiled a revised version of the potent F-Pace SVR. This 550hp SUV tops the revised F-Pace line-up, and is quicker and luxurious than ever before. 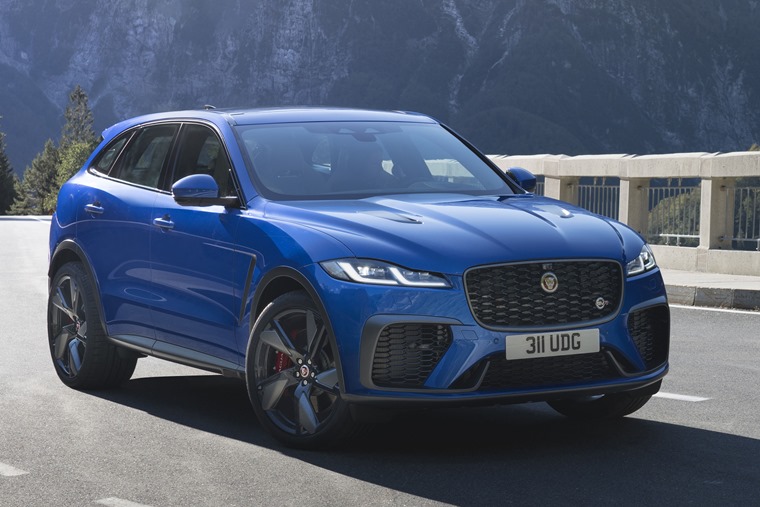 The standard F-Pace is already an imposing SUV, but the SVR makeover gives it true presence. Jaguar says the exterior is “purposeful and race-inspired”.

Up front you’ll find a revised bumper design that now includes blade-like elements between the air vents at the bottom. The SVR-badged grille dominates the front of the car, while super-slim LED quad headlights also feature and get Jaguar’s ‘Double J’ lighting signature. 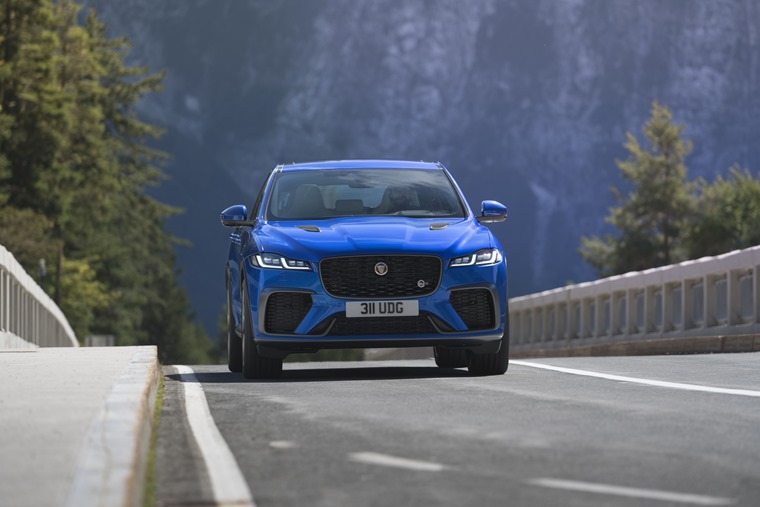 The eagle-eyed will spot the bonnet is slightly longer too, while at the rear a new set of tail lights feature the same graphics as the all-electric I-Pace. The car sits on a new set of 22in alloy wheels, while trim matches their colour giving the car a stealth-like appearance.

Some of the changes are more than just form, they’re functional too; the tweaks allow the F-Pace to cut cleanly through the air, with an emphasis on the car’s aero capabilities. 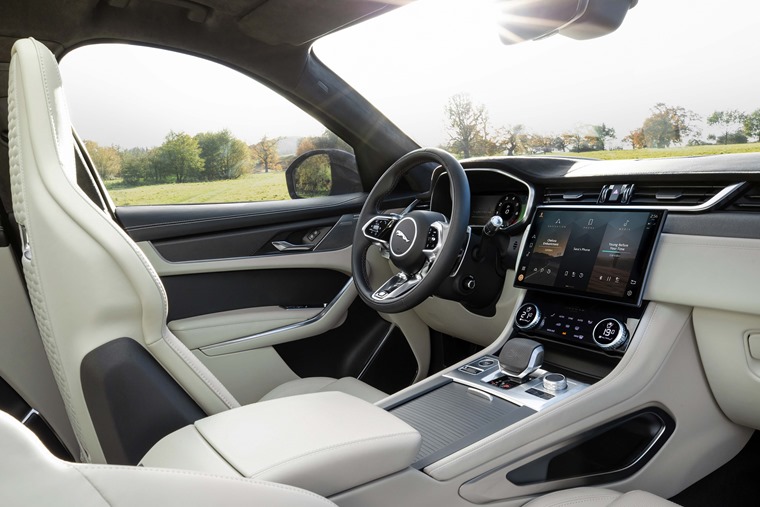 On the inside, you’ll find the same raft of enhancements that the standard car got earlier this year. That means Jaguar’s latest Pivi Pro infotainment system which uses an 11.4in curved touchscreen as its interface.

Jaguar says the materials used in the SVR are performance focussed, offering a perfect blend of luxury and sportiness thanks to a plethora of leather and Alcantara trim.

Wireless charging also features as standard, as does a clever feature that aims at reducing road noise. 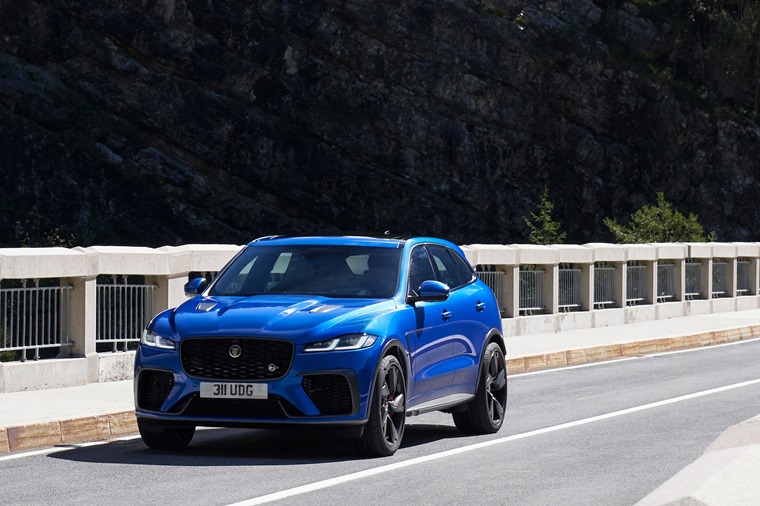 The SVR is powered by a 550hp 5.0-litre V8 petrol engine. Thanks to a supercharger, it can get this super-SUV from 0-60mph in just 3.8 seconds – that’s .4 seconds quicker than the old model. To ensure it can achieve such an impressive time, there’s a new Dynamic Launch function, while other tweaks have been made to optimise performance too.

These include uprated brakes which feature more advanced cooling, along with changes that make the pedal feel more responsive. Torque is higher than it was too, with the engine now producing up to 700Nm – up from around 680Nm before. 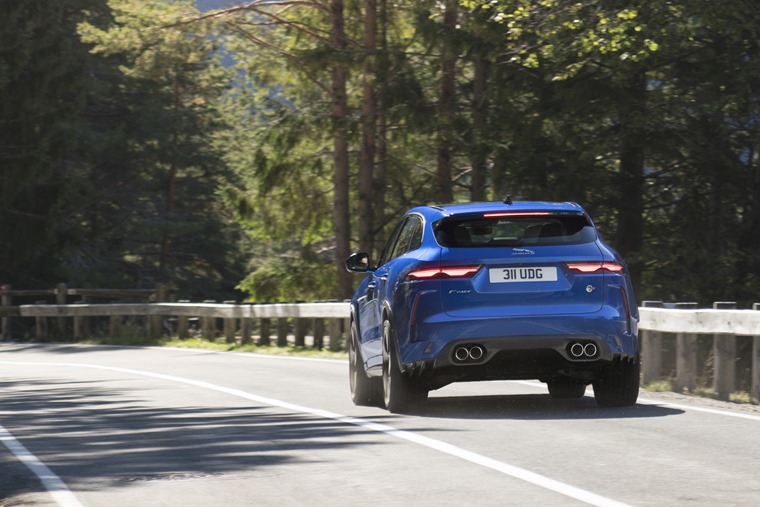 With a list price from £77,595 OTR, the new F-Pace SVR is available to order right now. You can check out lease deals for the F-Pace by clicking here.