Seat Ateca redesigned and revised for 2020

Seat is refreshing and revamping its popular Ateca model, giving its interior and exterior styling a complete overhaul as well as adding a fully connected user experience and improved levels of safety, comfort and efficiency. 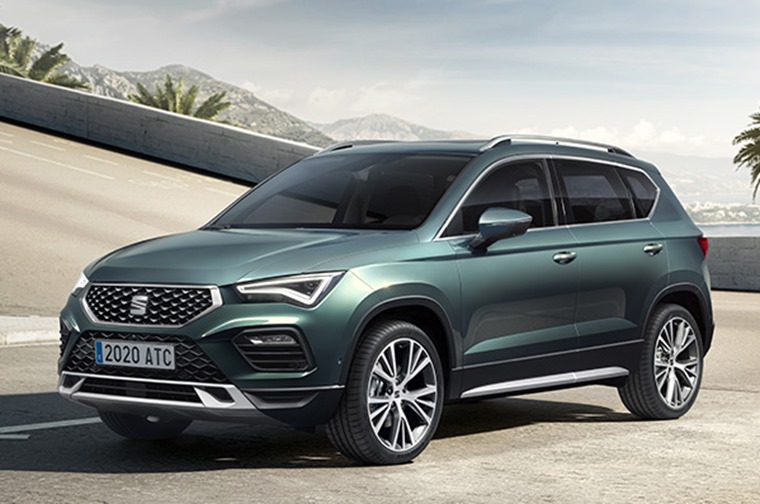 With more than 35,000 Ateca’s sold in the UK since launch, the mid-life external styling upgrades are subtle. New front and rear bumpers have slightly extended the length of the SUV by 18mm while the new model remains as wide (1,841mm) and tall (1,615mm) as the outgoing Ateca. 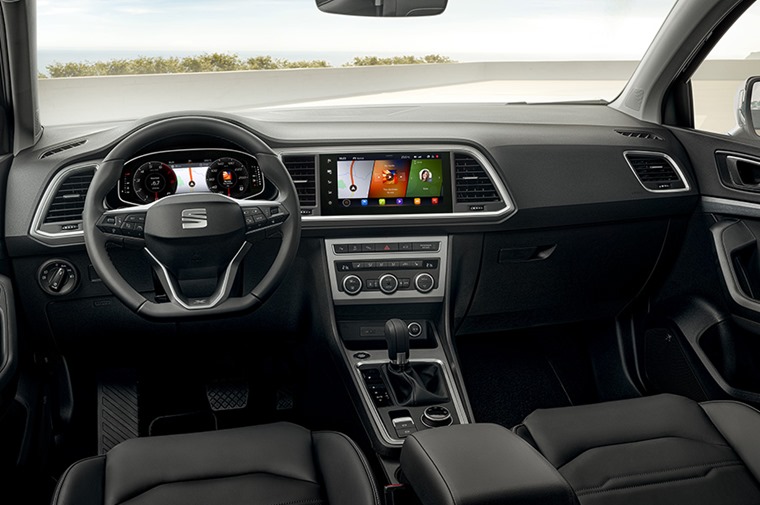 The new Seat Ateca’s interior has been radically updated with the inclusion of an all-weather heated windscreen which allows for immediate defrosting.

The driver also benefits from a newly-designed and upholstered steering wheel, while the driver’s seat is electric with eight-way adjustment and memory function (as are the exterior mirrors), meaning you’ll be able to get back to the perfect position behind the wheel at a touch of a button.

The interior’s design is underscored by the inclusion of matte finish surrounds for the air vents, gear lever and infotainment system, with multi-colour ambient lighting bringing an extra level of customisation to the cabin.

Technology updates are the main focus of the revised Seat Ateca, with the infotainment upgraded as standard to a re-positioned 8.25-inch with smartphone integration. SE Technology trims and up feature a 9.2-inch touchscreen with online navigation and voice control.

A 10.25-inch Seat Digital Cockpit (standard on FR Sport and Xperience Lux) is the focus of the interior from the driver’s seat.

Online Connecitvity via the eSIM also means the Ateca will never lose its connection to the digital world allowing new digital products and services to be offered throughout its lifetime.

A new Seat Connect app allows remote control to a range of car functions from your smartphone including driving data, parking position, lock and unlock the doors, set up speed alerts so you can be warned if someone using your vehicles is driving too fast, be alerted if your vehicle has been stolen, or activate the horn and turn signals to find the car more easily in a crowded car park. 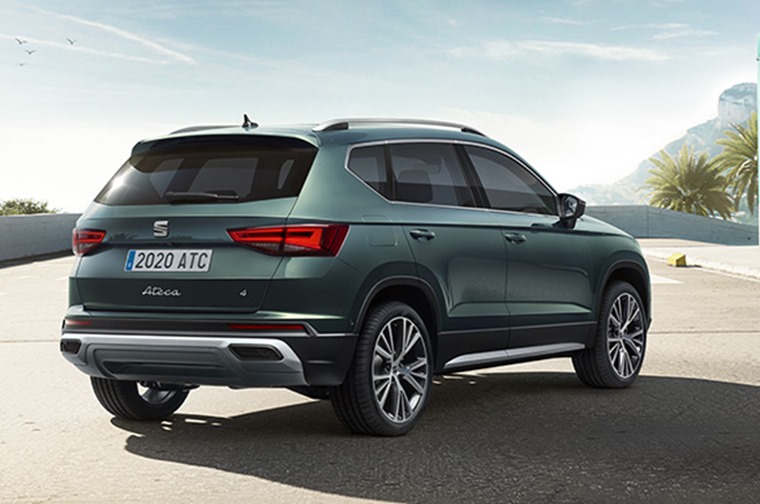 A range of updated petrol and diesel powertrains will be offered to improve efficiency and performance.

Five petrol options are available, with the 1.0 TSI engine revised to include a new combustion process and variable geometry turbocharger to improve efficiency by up to 10%. The four-cylinder 1.5 TSI features cylinder deactivation and both manual and DSG options, while an all-wheel drive-only 187bhp 2.0 TSI tops the range of petrols.

The entry-level diesel is a 2.0-litre 113bhp version with Seat claiming better performance and greater efficiency over the outgoing entry-level 1.6. A 148bhp diesel is also available, with both options now featuring a twin-dosing SCR system to cut NOx emissions.

The new Seat Ateca introduces a range of advanced driver assistance systems keeping it ahead of the competition. Pre-Crash Assist is introduced and designed to prepare the vehicle and occupants should the worst happen and there’s a potential collision. The onboard systems work together with front seatbelts pretensioned, windows and sunroofs are closed and warning lights are activated in order to mitigate the consequences of an accident

Predictive Adaptive Cruise Control (ACC) uses feeds from GPS data and input from the front-mounted camera and Traffic Sign Recognition, to proactively amend the cruise speed depending on the road layout ahead.

Side and Exit Assist (=features on Xperience trim, making manoeuvres from parking spaces easier than ever. When exiting a parking space, the vehicle will give an audible and visual warning if oncoming traffic, cyclist or pedestrians are detected.