Family-friendly compact SUVs are still all the range - Renault’s Captur is a well-rounded option.

This is the second generation of Renault’s Captur compact SUV. Like the first generation, it’s based on the same underlying mechanicals as the Clio supermini, and that’s a recipe that’s proved to be very popular across Europe.

It’s easy to see why the Captur’s been so successful. It’s a good-looking, practical and well-priced SUV that’s easy to drive. The latest model builds on this, with a high-quality interior packed with tech as well as a nice wide engine range encompassing petrol, diesel and even plug-in hybrid options.

The Captur really looks like good value against its competition, with prices undercutting otherwise similar rivals such as the Peugeot 2008 and Volkswagen T-Cross. That gulf’s even bigger when leasing or buying on finance, and Renault offers some amazingly good-value deals to make owning a Captur as cheap as possible.

There are several engine options for the Captur - a 90hp petrol, a 140hp petrol and a 160hp plug-in hybrid. 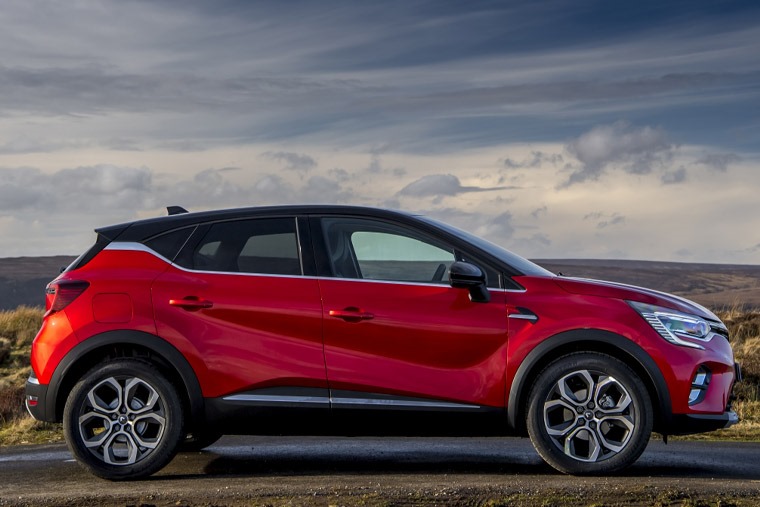 The entry-level petrol is decent if you spend the majority of your time in town but, as it’s only available with a five-speed manual gearbox, the pick of the range is the 140hp petrol paired to a six-speed manual. This combination offers more than enough performance to cope with even a fully-laden Captur, cruising comfortably and quietly on the motorway and providing enough get-up-and-go to make zipping around town a pleasure.

The latest Captur feels planted on the motorway and doesn’t roll around too much in faster corners.

It’s reasonably efficient, too, claiming to return up to 48.7mpg - an easily achievable figure if driven carefully, we found.

Opt for the automatic gearbox and you’ll lose a little performance and economy, but have a thoroughly relaxing drive.

The Captur’s no hot hatchback but it has evolved into a car that’s very pleasant and solid-feeling to drive - a contrast to the first-generation model which felt a bit lightweight and insubstantial, especially at speed. The latest Captur feels planted on the motorway and doesn’t roll around too much in faster corners, while the steering is reassuringly quick and accurate. 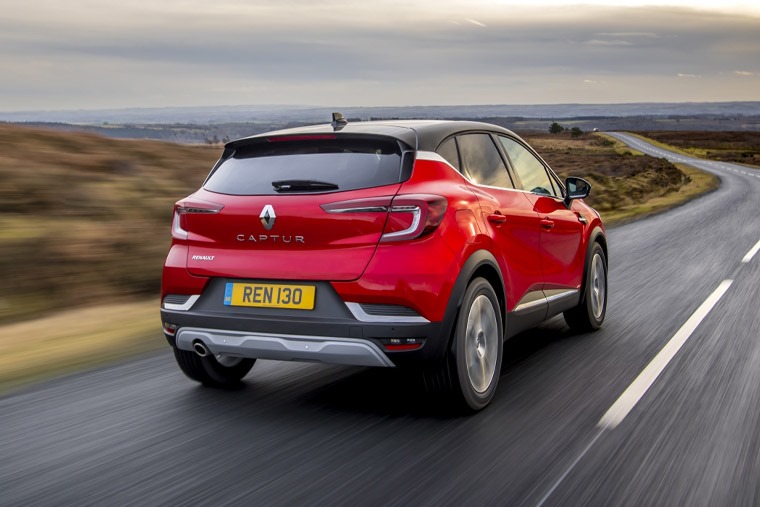 Those after something particularly enjoyable to drive would do better with a Mazda CX-3, and a Peugeot 2008 is arguably slightly more comfortable over bumps, but the Captur far from shames itself.

One thing you won’t be doing in your Captur is off-roading, as despite the raised ride height and chunky looks it’s staunchly front-wheel drive.

The Captur’s interior is one of its best attributes. It’s stylish, easy to use and feels somewhat premium - though it’s rather dependent on which trim level you choose. 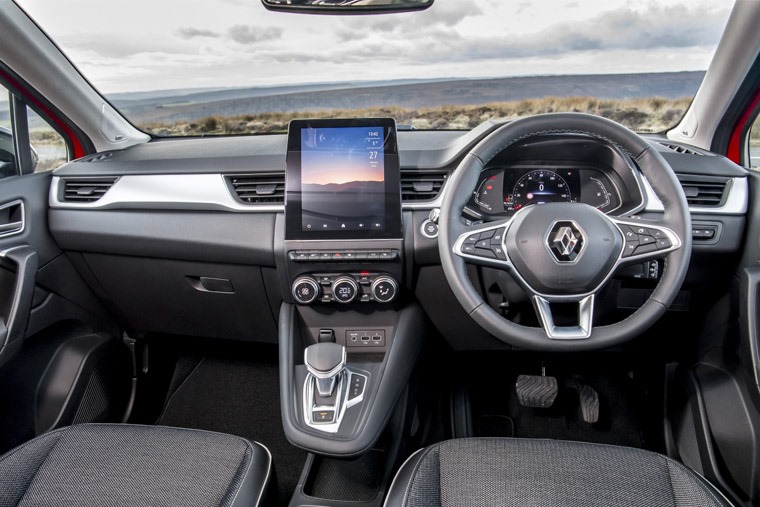 Mid-spec models get a smallish touchscreen infotainment system that works fine, but stretching to one of the top models - not a huge increase in monetary terms - nets you a large, portrait-format system that’s bright and intuitive.

Four six-foot adults can sit in comfort, and the boot is a good size and nice square shape.

It’s also possible to specify colour packs that give the Captur’s interior a real lift. The pop of orange that spans the dashboard brightens proceedings immensely and is much more pleasant than sitting in a monochromatic interior.

There’s plenty of space inside, too. Four six-foot adults can sit in comfort, and the boot is a good size and nice square shape. If you want more boot space and don’t mind compromising rear legroom, the rear bench also slides forward - a nice touch to help balance passenger and luggage space.

Storage up front is good, as despite the tiny glovebox the door bins are big and there’s plenty of room for odds and sods in the centre console. Choosing the automatic gearbox creates even more space, with the gear lever ‘floating’ above an extra storage area underneath.

The Renault Captur is good to drive, handsome to look at and practical enough for the most demanding family. It’s also cracking value, making it a compact SUV that’s easy to recommend.

It’s well worth stepping up the trim levels to enjoy one of the best interiors you’ll find in a car this cheap.

There’s no need to opt for one of the top engines, as we think the 140hp petrol suits the car perfectly, but it’s well worth stepping up the trim levels to enjoy one of the best interiors you’ll find in a car this cheap.