When you think of the word ‘iconic’ in the automotive world, one of the vehicles that immediately springs to mind is the Land Rover Defender.

We played with toys of it on our old farm playsets as children, we read books about its history and accomplishments, and we watched documentaries about it dominating the Camel Trophy. It became engrained in the public consciousness and then it went away, a fossil of a different time. Until now. 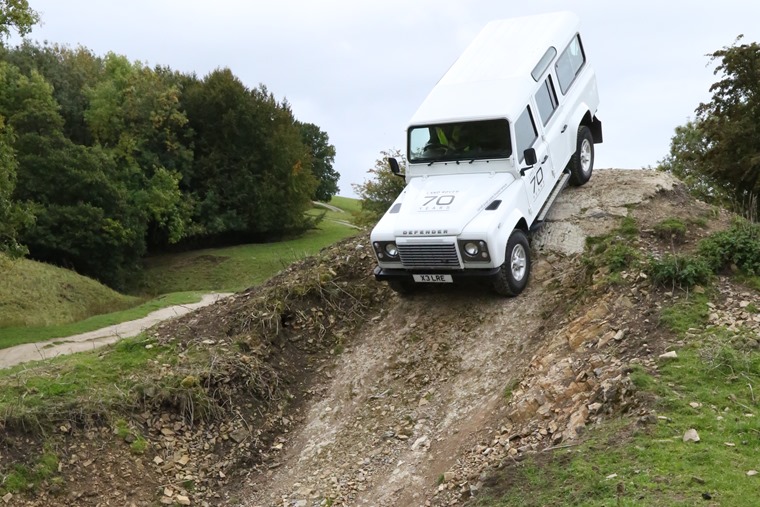 With the recently relaunched Land Rover Defender capturing the public imagination, and the upstart Ineos Grenadier providing new competition altogether, we thought it would be a good idea to remind ourselves just how capable the previous model was before it disappeared in 2016.

Heading to the Land Rover Experience Centre in North Yorkshire, and under the expert off-road guidance of John, here’s five things we learned tackling some crazy ascents and descents…

Do (almost) everything counter-intuitively 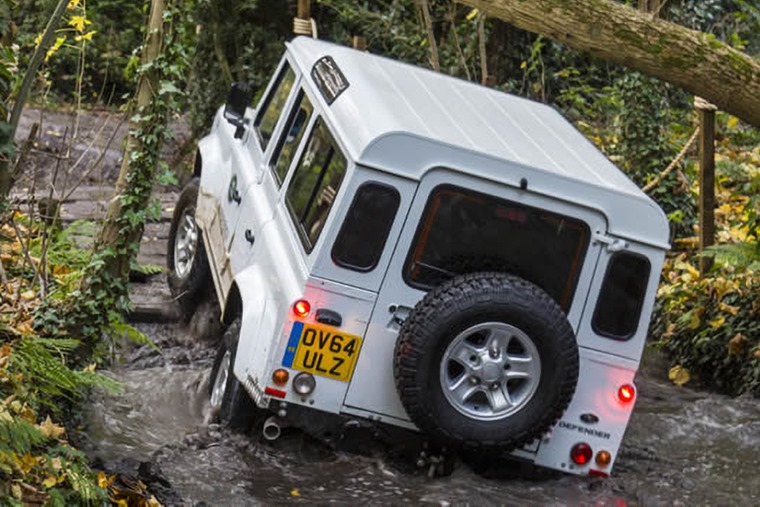 The Defender 110 which the Land Rover Experience Centre offer is one of the last models to be released prior to the range ceasing production in 2016. It’s gleaming white, which seems an odd choice for a vehicle which is routinely going up and down muddy trails and through water, but I suppose seeing how dirty you got it gives a sense of accomplishment at the end of your session.

But I digress. What do I mean by “do (almost) everything counter-intuitively”? Well if you feel like braking on an ascent or descent, you should probably be accelerating your way out of it. If you have an urge to steer into the gradient while driving along a steep 37* side-slope then you should be steering away from it instead as you’re likely to tip over. It’s hard to go against your instinct, it’s even harder to make the conscious decision to do it on a split-second, but it might just get you out of trouble.

Even James May can bottle a hill descent in a Defender

The biggest challenge on the Land Rover Experience day, the one thing everything has been leading up to, is a very intimidating hill descent. Pictured at the top of this article, Tree Hill is a steep descent on an extreme angle of 39*, the thought of which proved too much for James May. As my instructor recounts the story to me, he bottled the descent during the filming of Cars of the People and they had to get the required footage from the instructors doing it instead (possibly in wigs of long, foppish hair).

Getting out of the Defender at the top of the crest, overlooking the countryside, myself and John assessed the approach we needed in order to straighten up and place the car for maximum traction and ensure our departure angle was safe. If the pressure of that wasn’t enough, other Land Rover owners who were putting their Velar’s and Range Rover’s through their paces stopped at the bottom to watch. Hands on the wheel, clutch up, foot hovering over the brake, we tipped over the edge.

Like the world’s best/worst rollercoaster it was over before you knew it. And we didn’t end up in a field… even though John said he might need a change of underpants.

The above illustrates the importance of assessing each challenge of off-roading prior to tackling them and this was something we did again and again.

Whether it was looking for jutting rocks and figuring out where we were going to place the car when tackling some rock crawls, checking the water was at a wadable depth and ensuring our exit was clear, or assessing which approach provided the best route to take on an uphill climb, knowing your terrain was one of the most important aspects learned during the day.

Like any good instructor, John frequently challenged your abilities with questions, prompts and guidance on how you were going to take on the next challenge. Sometimes it worked out (going uphill in second gear and flooring the acceleration) and sometimes it didn’t (going over a rock climb in second and burning rubber when the tyres couldn’t get traction). Hey, we live and we learn right?

Cross ditches at an angle

Prior to getting in the vehicle, John used a model of a Land Rover Defender to offer a masterclass demonstration on the intricacies of traction and locking differentials and how they work (briefly, power will always go to the wheel offering the least resistance and a locking differential allows the front axle to be locked to the rear one to stop power being distributed unevenly). This was reiterated when we came to a ditch in the trail later on.

By crossing a ditch at an angle it ensures only one tyre is ever incapacitated meaning the locking differential can send equal amounts of power to the three tyres still on the ground. This allows for smooth(ish) progress across gaps in the terrain. To ensure you stay on the right angle, aim for somewhere specific and keep steering for it, counting each wheel through the ditch until the last one is through.

How to escape if you’re being swept away 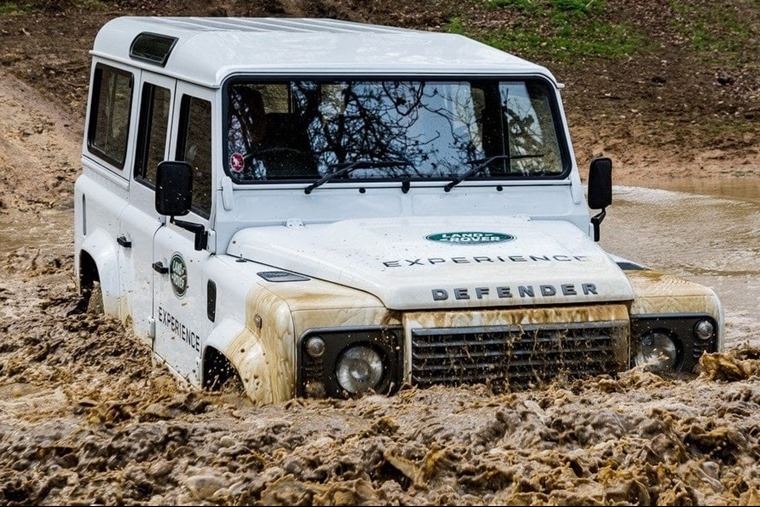 With a wading depth of 0.5m (about the underside of the top of the tyre, to the top of the rim), the Defender gives you a certain amount of surety that can leave you overcompensating at times.

If you’re in a Defender and decide to tackle a flowing river it helps to know this wading depth and also where the air intake is so you don’t flood the vehicle. But if the pressure exerted by the flow of that water begins to float you down the river what do you do? You do something counter-intuitive of course!

In this case, that could mean opening the doors to flood the vehicle. This will enable your Defender to sink to solid ground below allowing your tyres to gain traction. From there you jam the accelerator on come out on the other side.

It's a crazy ‘what if’ scenarios, but having been in Cumbria during the flooding of Christmas 2015, it's advice that could save lives.

*images used for illustrative purposes, I was too busy enjoying myself to take any photos.