Looking at the sensible practical nature of the Kuga first, we find that it’s grown up from the old model. It's longer, wider and better, and better than most of its rivals. 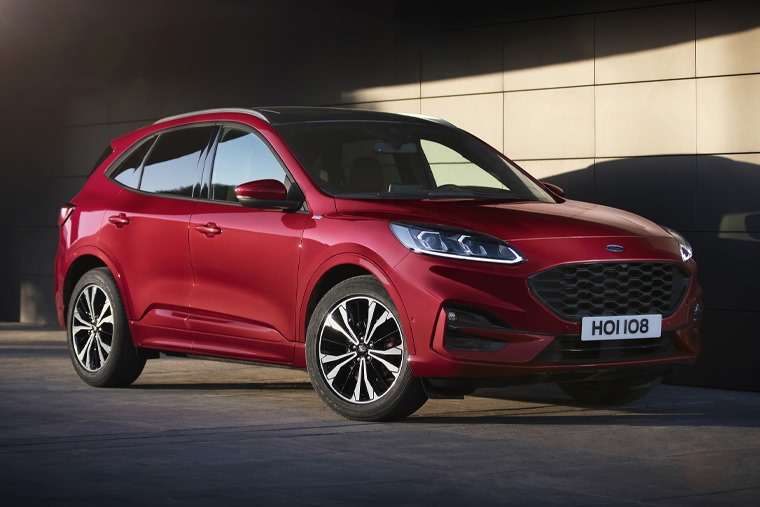 The Kuga is arguably Ford’s most important car. It’s got to appeal to a huge base of fans, from young families to retired couples to urbanistas to the outdoor adventure crowd. Only hardcore mud pluggers need not apply but, for everyone else, the Kuga probably provides most of what they need.

It’s essential then that Ford get this right as, thanks to the higher margins that SUVs usually command, it could well be Ford’s biggest money-maker in Europe.

Looking at the sensible practical nature of the Kuga first, we find that it’s grown up from the old model. Not just physically, either - yes, it’s longer and wider than the old model - but also with what it provides. Carefully considered touches are dotted all over the cabin, such as USB charging ports all over the car (handy for keeping the kids’ tablets fully charged) and a wireless charging pad in the front.

So much charging capacity suggests the Kuga will have plenty of tech, and that’s mostly true. Free, for the first year at least, is FordPass Connect, which offers onboard WiFi for up to ten devices. The bold and bright 8.0-inch touchscreen allows you to mirror your smartphone using Android Auto or Apple CarPlay, or can be controlled using Ford’s own voice control, although that’s a rather hit and miss affair.

The infotainment screen sits proud at the top of the centre stack, where everything comes together to create a surprisingly upmarket ambience. Well, to a point. Take anything more than a cursory glance and you’ll see that the plastics feel a little low rent and brittle, and the faux-leather dashboard won’t fool anyone.

There’s plenty of room for the front passengers to take the mixed materials in, but it’s those in the back that will feel the most benefit from Kuga’s upscaling.

There’s plenty of room for the front passengers to take the mixed materials in, but it’s those in the back that will feel the most benefit from Kuga’s upscaling. Three adults can squeeze in quite happily although, as always, the one in the middle will feel second class to those on either side. There’s not enough room to fit three child seats though, which explains why there are just two Isofix attachments. 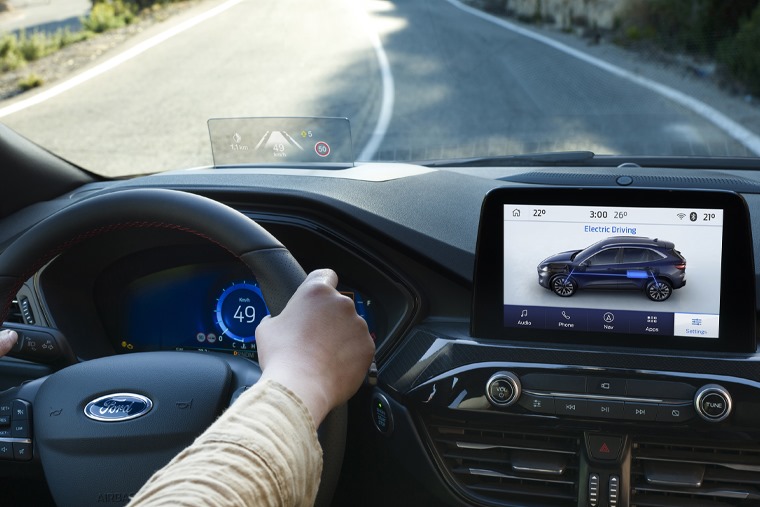 The rear seats can also be moved around, sliding back and forth to extend legroom or extend the boot, depending on whether you see your passenger’s comfort or your load-lugging ability as more important. With comfort in mind, the boot takes a handy but unremarkable 412 litres of luggage. The petrol and diesel models extend that to 475 litres, but the plug-in hybrid tested here stores some extra batteries under the boot floor. Slide the seats forward and that extends to 575 litres (or 645 for the petrol and diesel models.)

It makes urban driving so easy, and long cruises are only frustrating when it comes to overtaking.

If the plugin hybrid system takes away a little bit of the Kuga’s practicality, is it worth it? As well as the battery pack and its associated electric motor, there’s a 2.5-litre petrol engine under the bonnet. In total, as much as 225hp is generated, which results in a 0-62mph time of 9.2 seconds. Brisk, but not heart-stopping. It feels slower than that, but that’s down to the drivetrain that blurs the engine note, merging engine, battery power, or both in a generally imperceptible way. If it doesn’t leave it feeling quick, it does at least provide one of the most relaxing drives I’ve experienced - the car is generally low-revving, keeping the noise down, or even silent when being propelled by the electric motor, yet there’s instant torque available. It makes urban driving so easy, and long cruises are only frustrating when it comes to overtaking. 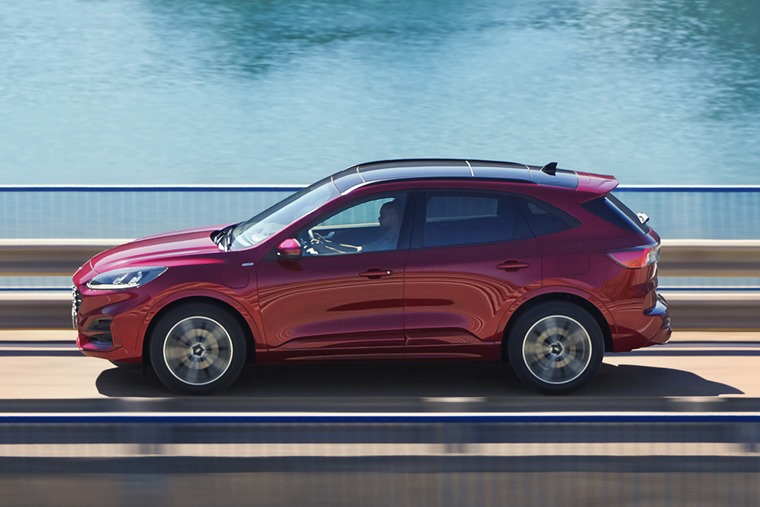 The reward for the less-than-exciting drive should be impressive economy. With a 35-mile pure-electric range, official economy figures go as high as 201mpg, but real-world figures vary wildly. In my week with the car, I averaged 68.0mpg, covering 47% of my driving on pure-electric power, something made easier by having a home charging unit. However, that’s not hugely improved over the 50mpg or so you would expect from the diesel models.

Those diesel models come with a 2.0-litre engine, offering 150hp or 190hp. Petrol models make do with a 1.5-litre unit, generating 120hp or 150hp. The plug-in model is the most powerful then, and also the most economical but, despite the power, the weight of the batteries and motor means it’s not the quickest. 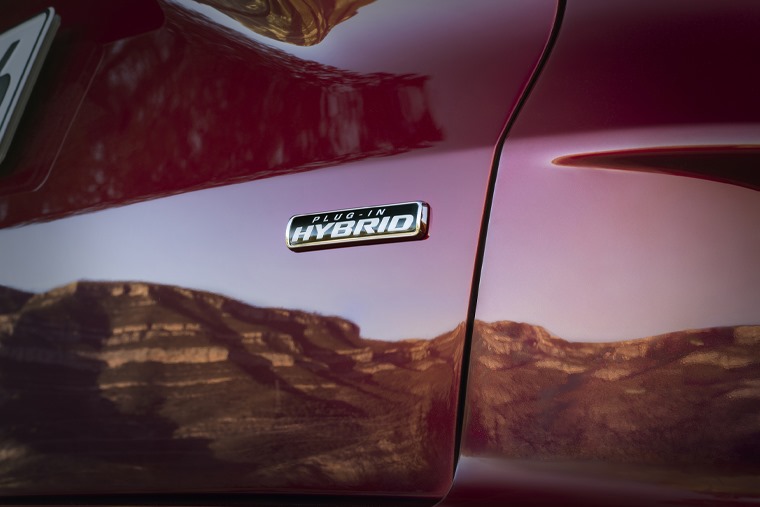 It doesn’t sacrifice ride quality either, which is exceptional over those rolling country roads and motorways.

You won’t notice while driving, though. Sharing much of its chassis with the well-received Ford Focus, the Kuga has a potency to its handling that is pleasing, if surprising for a family SUV. Granted, it won’t be worrying anyone in a Focus ST, but it’s possible to raise a small smile while crossing the country in the Kuga. It doesn’t sacrifice ride quality either, which is exceptional over those rolling country roads and motorways, although the 19-inch wheels and low profile tyres on this ST-Line X model transit some cracks and surface changes through to the cabin. 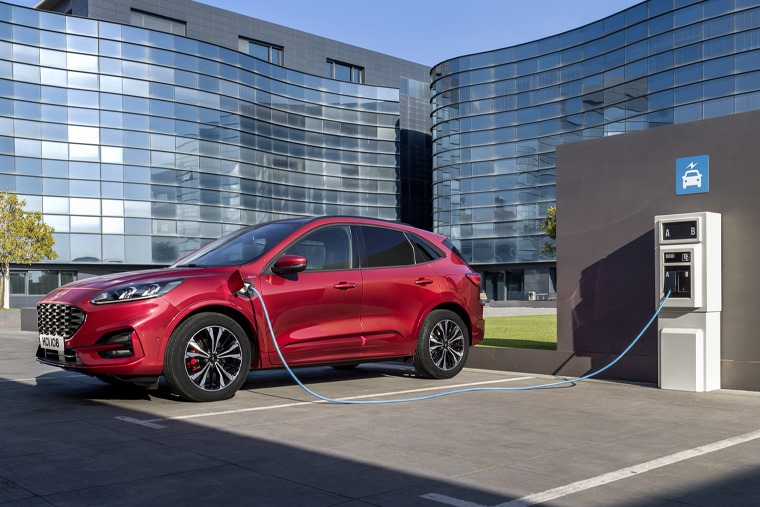 Taking any area of the Kuga and measuring it against its rivals reveals that it’s as good or better in, seemingly, every area. Only some material choices and some clunky brakes (on the PHEV only) let the side down, but everything else that it does so well should make up for that.